Home INDIA A mystic blend of music, performance and puppetry in Kashmir 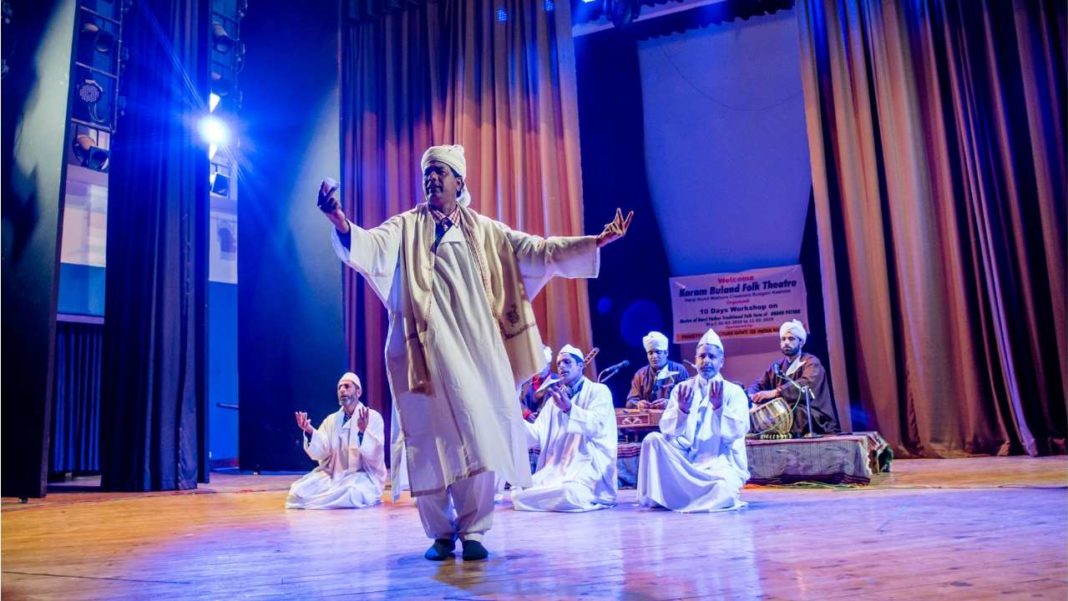 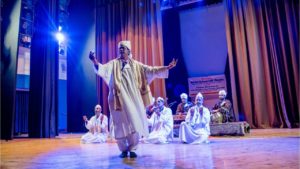 I am walking through a graveyard and looking for what is now lost. Bhaand Paather, the Kashmiri folk theatre, which traces its roots to the versatile history of the region has become a thing of the past, an artifact in the museum. The expression of this art is now almost extinct, a rarity, an experience of memory.

There was a time when Bhaand Paather was weaved into the social ethos of the Valley and enjoyed a special place in the hearts and souls of the people as well as the royal court. But not many are mourning the loss; most are not even aware of the passing of a rich tradition. In the cacophony of modernisation, we have lost a precious link to our ancestors and as we march ahead, history is becoming inaccessible and even invisible.

A mystic blend of music, performance, puppetry and dance, this art form is a coming together of a variety of talent in an informal setting as the bhaands (performers) move from hamlet to hamlet, inviting people into their world of amusement and wonder.

Musical instruments, which form the backdrop, have a position of privilege in this ancient Kashmiri folk form, with each paather having a distinct composition known as the maqaam. The instruments are swarnai (a wind instrument), dhol, and nagara. Bhaand Paathers have themes for all occasions, be it a religious festival, the harvest season, a social gathering, the advent of spring, the first snowfall or, for that matter, even unrest.

This intricate art form has always tried to give a voice to the people of the Valley as Bhaand Paather ventriloquised the public sentiment on socio-economic conditions and power shifts within ruling dynasties.

As we go through the history of the region and its subjugation by foreign rulers, when the indigenous population had to adjust to cultures, traditions and even languages alien to them, Bhaand Paather remains integral to the social setting of the Valley. The only change was the form as history and events demanded. The performers were not only entertainers but also ambassadors of the public in the royal court. Unfortunately, today bhaand paather has lost prominence and is disappearing from our daily conversation. There are several reasons for the degradation of this precious art form.

First, post-1990, when the insurgency broke out in the Valley and triggered the exodus of Kashmiri Pandits, one gets a sense that Bhaand Paather couldn’t cope with the social imbalance and the new reality of the Valley. There were no puppetries this time and bhaand paather, like our children, slowly succumbed to the violence. Government’s efforts to revive the form through education, awareness campaigns and monetary aid have found no takers. The occasional and rare performances that are still held seem to have drifted away from the original idea of Bhaand Paather

Second, the advent of technology and social media has had a profound impact on how art forms are perceived and consumed. The practitioners, most of whom are elderly, have failed to bring of Bhaand Paather from village pastures to the internet.

Moreover, the medium of communication that the folk theatre once was has been almost wiped out by technology. Information and entertainment are now available at our fingertips.

Having lost their monopoly as mediators between the powers that be and the people, the bhaands are no longer the propagators of information or ideas in a rapidly changing world. If we introspect, only the mode of expression has changed. Given the will and incentives to revive this cultural fragment of our social being, Bhaand Paather can once again enjoy the limelight and help us retain our Kashmiri heritage.