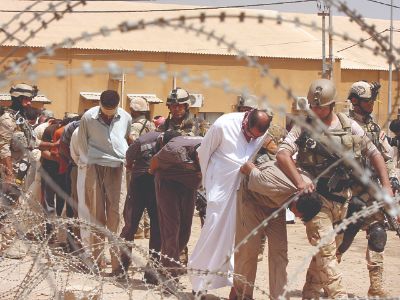 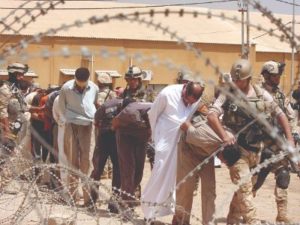 The most recent warnings conveyed to India by Al Qaeda chief, Ayman al Zawahiri, through a video recording, exhorting his cadres to inflict unrelenting blows on the Indian army and Kashmir government has met with a very apt response by the Indian Ministry of External Affairs. The Ministry spokesperson, while downplaying the so-called threatening call issued by Al Qaeda to hit at the Indian security interests(July 11), described such threats as routine not meriting any attention to be taken seriously. Such a positive and forthcoming statement emanating from the government quarters is indeed heartening and reassuring. The statement also, most encouragingly, carried the fact that India’s security personnel were capable and equipped to protect the country’s territorial integrity and sovereignty.

The populace at large gets a sense of security by such candid rhetoric which is bereft of any ambiguity. This statement also reaffirms our faith reposed in multiple security and intelligence agencies who are always working overtime to keep the country secure from all kinds of terror menace. The J&K state police also deserve accolades along with the Central Armed Police Forces, especially the CRPF, in the context of the fresh Al Qaeda threat, in ceaselessly meeting all the emerging security challenges in the present scenario when almost the entire world is afflicted with the perils of terror.
The National Investigation Agency (NIA) in its latest campaign against terrorists has raided hideouts of many terrorists and their modules in Tamil Nadu on July 13. Several incriminating materials have been recovered shedding light on the arrested ones’ linkages with overseas affiliates and their funding. Same NIA has also been stifling the terror conduits providing funds to the separatists of Kashmir, especially the elements of Hurriyat who are glaringly marginalised by the agencies’ focussed approach in containing terror in Kashmir.

With the new Home Minister exercising close oversight on the country’s security apparatus with complete attention on Kashmir, Zawahiri’s call not to target Muslim dominated areas and mosques in Kashmir is unlikely to augur well as the terrorists, home-grown or sponsored, from across the border seem confused and rudderless due to the government’s determined action. Zawahiri’s principal thrust in his message is on Kashmir where he has rather aggressively urged his ‘cadres’ to single-mindedly focus on inflicting blows in Kashmir to bleed the Indian economy. Surprisingly, the Al Qaeda head was conspicuous by not mentioning Ansar Ghazwat ul Hind, its Kashmir cell in the recorded video, but instead, it did flash an image of slain terrorist Zakir Musa who was killed in an encounter in Tral, Pulwama in May this year dealing a major blow to perpetrators of terror in Kashmir. It would also seem from the video recording that Al Qaeda, more specifically Zawahiri, have outlived their utility and fallen out of favour (could possibly be a tactical move) with the Pakistani establishment particularly with the military and ISI. This is apparent in the recording when Zawahiri said that the fight in Kashmir was not a separate conflict but a pan Islamic tirade against forces inimical to Islamic interests. In the same vein, he described Pakistan’s conflict with India as a rivalry over borders managed by them. Further, he categorically alleged that Pakistan intelligence agencies were toadies of the US implying sycophancy of Pakistan towards the Americans. Such hard-hitting anti-Pakistan stance by Al Qaeda hints at a complete end of honeymooning of this terror outfit with the Pakistani agencies. Due to India’s measured and befitting response rubbishing Al Qaeda’s threat call, Zawahiri and his self-proclaimed cadres are bound to feel frustrated and demoralised as the attention and publicity they sought through this video recording, seems to have been ignored by all concerned. Having said this, the intelligence machinery should not be complacent and quiet on their pursuit of Al Qaeda activities. It would be prudent to be on an all-time alert. Al Qaeda is active in Africa and it has close collaboration with its active affiliate the Al Shabab. On July 13, Al Shabab, with support from Al Qaeda, facilitated a suicide bomber led-attack by ramming an explosive-laden car at hotel Asasey in Kismayo, Somalia, killing at least 26. Zawahiri and Al Qaeda do not want to retire from public eyes so easily. By killing sprees in Africa and occasional threats issued against India, it wants the world to know that it is still alive. It could be having sleeper cells in India hitherto unknown to the intelligence community till a surprise is sprung as noticed on the Easter bombings in Sri Lanka a couple of months ago. The mantra, therefore, remains that nothing should be left to chance and most crucially, in tackling terror, there is no room for any complacency.