Home CRITICLES Afghanistan’s Online-Dating: Is it possible to find love with a fake Facebook... 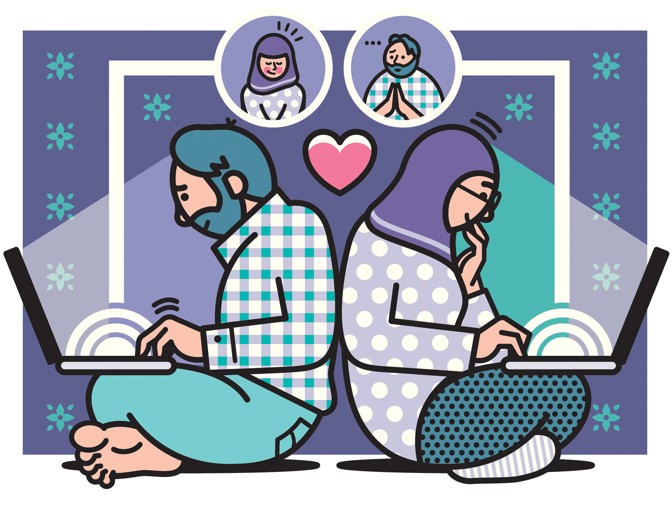 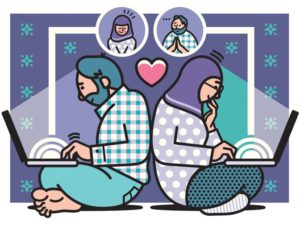 When makiz nasirahmad, a 24-year-old Afghan American who recently lived in Afghanistan, received a Facebook friend request from a woman with an unfamiliar name, she didn’t think twice about accepting it. The woman’s profile picture had clearly been copied off the internet, but Nasirahmad figured that the woman could be a relative of hers, trying to hide her identity; many families in Afghanistan disapprove of women posting their pictures online, so women sometimes hide behind fake names and photos.

Before long, the woman started sending Nasirahmad private messages. “Hello,” she wrote. Then, a couple of days later, another “Hello,” followed by hearts.

Nasirahmad’s new friend, it turned out, wasn’t an aunt or a cousin but a stranger—and a male one at that. As she soon learned, many young Afghan men and women from cities and villages alike have begun using Facebook to skirt strict social rules governing interaction between the sexes. In fact, posing as a member of the opposite sex online has become a popular pastime. In the months following that first request, Nasirahmad received many other friend requests from fake females (a disproportionate number of whom, oddly enough, had profiles bearing Turkish soap-opera stars’ pictures).

Until recently, dating was almost nonexistent in Afghanistan, because of religious and cultural norms that prohibit relationships before marriage. Communication was difficult too: During Taliban rule, people had to cross the border into Pakistan to make an international phone call (domestic calls weren’t easy either). Today, with the arrival of cheap smartphones and affordable mobile internet—about 90 percent of Afghanistan’s population has access to a cellphone—even the poorest people can get on Facebook. Although premarital relationships are still taboo, social media have provided the younger generation with a covert means of online dating.

“Boys usually use this technique to get closer to the girls they like,” says Naweed, an 18-year-old male student in Kabul who had a fake female Facebook profile for more than a year. (He asked to be identified by only his first name, because his family would not approve of him dating.) “I was talking to girls for fun, and I enjoyed it a lot.” Many men first try to friend their crushes using their real profile; if this fails, they resort to creating a fake account.

Naweed says a man typically waits before revealing his true identity. After he’s made the woman feel comfortable, he lays his cards on the table and says he has liked her for a while, but because she didn’t accept his friend request, he had to use a fake profile. This, Naweed says, helps build trust.

Women sometimes seek out boyfriends this way too. They create a fake male profile, friend a crush, and try to find out whether he has a girlfriend. But instead of confessing her trick, a woman will tell the object of her affection that she knows a woman who likes him, direct him to her true profile, and wait for him to make a move.

Maryam Mehtar, an Afghan journalist, told me she has received so many friend requests from fake female profiles on Facebook that she’s lost count—and some are from people whose intentions are anything but amorous. Once, she accepted a request from a female user with whom she had many mutual Facebook friends, most of them relatives. “I thought I knew her,” she says. “Everything she asked me, I usually honestly answered.” Later, she found out from friends that the profile belonged to a man who tried to collect private information and photos from women and then use it to blackmail them.

This problem is so pervasive that some women now create fake male profiles on Facebook—often using their brothers’ or cousins’ names—just to avoid such harassment.