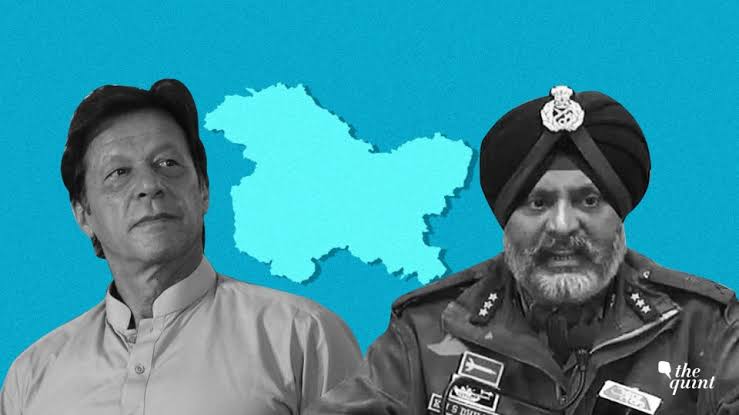 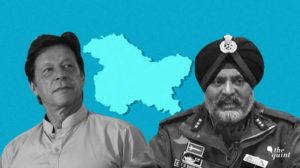 Lt Gen KJS Dhillon GOC 15 Corps, the man in the hot seat at Srinagar for less than three weeks, is nevertheless an old hand at dealing with terror having commanded a challenging Rashtriya Rifles (RR) sector in North Kashmir in 2010-12. In a media conference at Srinagar he re-stated very clearly what is well known, that the Jaish-e-Mohammad (JeM) module which masterminded the Pulwama car bombing was controlled by the Pakistan Army and ISI and there was enough proof on this.

He also claimed that the JeM leadership which perpetrated the car bomb attack was eliminated by the Army and other security forces within 100 hours.

Almost as if in response to GOC 15 Corps’ statement, Pakistan released a jerky video clip with Prime Minister Imran Khan speaking quite convincingly under guidance and prompting, presumably of the Pakistan Army officials. Imran Khan first questioned India’s allegations of Pakistani involvement in the Pulwama attack. He rationalized this by stating that while his nation was in the process of planning the visit of the Crown Prince of Saudi Arabia, Muhammad bin Salman (MBS), which involved a big investment package, why would it commit virtual hara-kiri by perpetrating an act which could upset everything for it.

Additionally, he said that just when Pakistan was stabilizing internally after 15 years of instability and insecurity why it would wish to call upon itself a situation which could return it to that same state of instability and threats. In a repeat akin to just after 26/11, Uri, and Pathankot, the Pakistani Prime Minister offered to investigate any involvement of Pakistani elements if the Indian side could provide sufficient evidence.

However, Imran reserved the most interesting statement at the end, stating clearly that if India decided to strike Pakistan militarily then it was guaranteed that Pakistan would strike in response without holding back. In other words, a tit-for-tat was what he was prepared for. It appeared quite evident that Imran’s speech was written at the GHQ Rawalpindi. His version of ‘Naya Pakistan’ appeared to suggest that Imran was unwilling to change anything.

To be fair, did we in India expect Imran Khan to go on television and admit that Pakistan’s soil had been used for the planning and masterminding of this attack which left 40 Indian policemen dead? His statements only provided adrenaline to Indian television news channels.

Even In a War of Words, India is the Winner

In India, justifiably, there is tremendous anger at the moment, much more than after 26/11, which had four times the casualties. It is partly because of social media where everyone has an opinion and everyone is a strategic adviser. It’s also because this is election time. In eight weeks’ time the polls would be underway. Thus, telling Pakistan that we are coming after it has certain compulsions and these cannot be wished away. Equally, Pakistan remaining quiet would almost be an admission of guilt.

Imran stated that Pakistan did not respond in words thus far because of the presence of the Saudi Crown Prince. Surprisingly not too many nations have taken cognizance of Prime Minister Modi’s aggressive stance; usually friendly cautionary is issued to both parties to a conflict urging peace. US National Security Adviser John Bolton has in a message accepted India’s right to self-defense and act in any way it deems fit.

What is clear from the Indian perspective is that some action in response will have to be taken, the window for that has not receded. In fact hasty action in a short time window may itself be counterproductive. Whatever it chooses to do, the Indian Government has to do a serious risk analysis. This would involve weighing achievability against desirability, the question of the correct proportionality, international and regional impact, response from Pakistan and its absorption (including casualties within), and, very importantly, the effect on the election scene.

In sheer anger and under severe public pressure the US responded in the conventional realm of war fighting and got itself into quagmire both in Afghanistan and in Iraq. This cost them several casualties, long-drawn trauma, and close to an estimated 5 trillion USD expenditure.

Let’s Fight Pakistan Asymmetrically: In a Language that it Understands

The lesson from the US experience is that asymmetric wars are best fought asymmetrically and not through conventional means. Does that limit India’s options of response? It does not because asymmetric response has far more dimensions than the conventional one.

Thus far India has employed diplomacy, which is one of the options at the lower end of the spectrum. But its effect is likely to be disproportionately low and short term. Pakistan’s strategic significance is growing in the light of the events involving Afghanistan and will nullify the likely effects of diplomacy. The electoral pressure on the Indian government is also high and we have not witnessed any heated criticism by the political opposition due to the call for political consensus. However, this cannot last long.

India will have to in all probability weather the risk and call Pakistan’s bluff that has succeeded once too often in the past.  The nature of response will need to be a calibrated one. How soon that can happen is anybody’s guess but time surely does not wait for decisions.