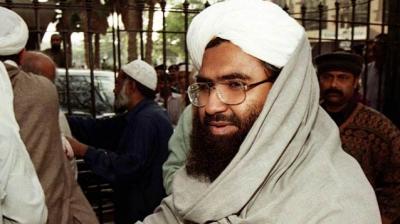 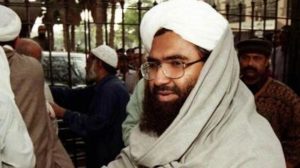 If Azhar is designated as a global terrorist next month by the UN, it will come as a huge boost to India’s position and is expected to further increase pressure on Pakistan to take action against terrorists operating from its soil.

New Delhi: In what could turn out to be a huge diplomatic success for New Delhi, there are strong indications that China may finally reverse its stand and vote in favour of the United Nations’ designation of Pakistan-based terrorist and Jaish-e-Mohammed chief Masood Azhar as a “global terrorist” sometime next month. The Indian and Chinese governments are in touch on the matter and there is great optimism, well-placed sources told this newspaper on Wednesday. The move is likely to give a strong boost to Sino-Indian relations and strengthen the “Wuhan spirit” between the two nations, a reference to the informal summit at the central Chinese city of Wuhan last year between the top leadership of the two countries. If Azhar is designated as a global terrorist next month by the UN, it will come as a huge boost to India’s position and is expected to further increase pressure on Pakistan to take action against terrorists operating from its soil.

It may be recalled that China had last month placed a technical hold on the proposal that had been moved at the UN Security Council by the United States, Britain and France. It may also be recalled that the proposal had been backed by 14 out of 15 UNSC members. China was the only nation then that did not back the proposal, much to India’s “disappointment”. Despite India’s efforts to convince it, China has been steadfast in blocking the proposal at the UNSC in an action seen as support for its all-weather friend Pakistan. JeM had masterminded the Pulwama terror attack on February 14 that had brought India and Pakistan to the brink of an all-out conflict in February’s last week. India had demanded in February that “all members of the international community support the proposal to list terrorists, including JeM chief Masood Azhar, as a designated terrorist under the 1267.

Sanctions Committee of the UN Security Council”. The designation of Azhar as a global terrorist, as and when it happens, will reportedly lead to a global financial assets freeze against him and also a travel ban.

China too appears to have veered around to the realisation that continued blocking of the designation of Azhar as a global terrorist will hurt its image as there is a near-consensus globally for action against such terrorists. Beijing has also been realising that Sino-Indian relations will be hit badly unless it changes its stand. The expected reversal of the Chinese position next month could also be a strong signal to Islamabad that it has to take action against terrorism.

In the past month, there had been two strong indications that India had not given up on China. Top Indian government sources had said on March 16 that despite its disappointment, India would show “patience” with China. The next day, on March 17, in words that were extremely encouraging for India, Chinese ambassador Luo Zhaohui had expressed confidence that the issue would be “resolved”, adding that China had “only” put a technical hold and that there would be further consultations.

External affairs minister Sushma Swaraj had pointed out last month that the proposal to list Azhar as a global terrorist was first moved at the UN in 2009 by India — then under the UPA government — as a “lone proposer”, adding that in 2019, under the NDA government, India now has “worldwide support”. The proposal had been mooted four times in the past decade, but could not go through in the face of Chinese opposition.