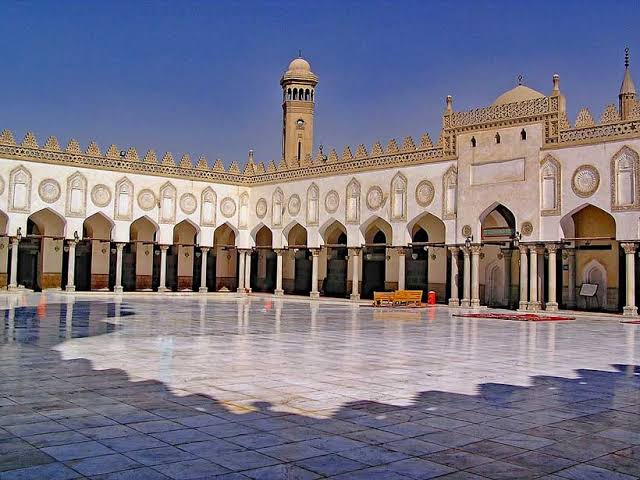 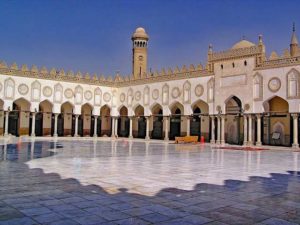 Compatibility of democracy with Islamic Shur’a (consultation) was clearly affirmed by the universal declaration of Misaq-e-Madina 1400 years ago, and reaffirmed by the world’s largest Sunni Islamic seminary, Al-Azhar Sharif which issued an 11-clause declaration titled “document around the future of Egypt”. This article is looking for more substantial support in the Quran or the Hadiths for modern Muslims to be able to declare democracy ‘Islamic’ and reject the ill-guided calls for caliphate rule.

In his latest video message titled “Don’t forget Kashmir”, a techno-Wahhabi ideologue and Al Qaeda’s leader, Ayman Al-Zawahiri says: “Kashmir is a bleeding wound in our hearts. Hearts that grieve with the pain of many such bleeding wounds”… “It is a tragedy made even direr by the fact that they are caught between Hindu brutality on the one hand and the treachery and conspiracies of Pakistan’s intelligence agencies on the other”.

Zawahiri urges the ‘Mujahideen’ to “liberate the Kashmiri jihad from the clutches of Pakistan’s intelligence agencies,” as the jihad is wholly and solely “for the sake of Allah” as opposed to a struggle “for the sake of international criminals.” He goes on to say: “the Mujahideen in Kashmir—at this stage at least—should single-mindedly focus on inflicting unrelenting blows on the Indian Army and government, so as to bleed the Indian economy and make India suffer sustained losses in manpower and equipment.”

An identical jihadist rendition of ‘caliphate ideology vs. secular state’ by Ayman al-Zawahiri was replicated in the war cry of Ansar Ghazwatul Hind leader, Zakir Rashid Bhat Moosa. The first statement by Moosa that appeared in several Kashmiri media outlets contained this text of his speech:

Now contrast the above pan-Islamist argument of Zakir with Zawahiri’s newly-released statements focused exclusively on Jammu & Kashmir. Al-Qaida’s global chief calls for the jihad in Kashmir wholly and solely for “establishing Caliphate” and therefore he opined that the valley needed to be freed from the clutches of Pakistan’s ISI and army as well as the Indian state. “Break all borders created by Britain in India”, and “unite under the credo of the one God”, Zawahiri said in a video released in September 2014, titled “a message that we did not forget you, our Muslim brothers in India”.

Zawahiri highlighted several irreconcilable conflicts between the Islamic principles of Sharia and the premises of secular state quoting from both Qur’an and Hadith and distorting the actual meanings of their texts and other analogies. Thus, he tried to justify his untenable positions in such a crafty theological manner that, to the theologically untrained Muslim youths, he offered a justification for the Khuruj(rebellion) and Hijrah (Islamic migration) against the non-Muslim countries like India to establish an Islamic caliphate.

In different territories, it was, by and large, the same tone and tenor that was reflected in the jihadist clarion calls made by the young slain militant in South Kashmir, Zakir Musa, who was emerged as a militant commander of Hizbul Mujahideen and ended up as chief of Ansar Ghazwatul Hind. In his video speech released in May 2017, he addressed the separatist leaders in Kashmir in these unequivocal and categorical words:

“What I said about hanging was not about All Parties Hurriyat Conference leaders but moderates who say after Azadi [freedom] we will establish a secular state. Because I know if we get freedom from India then we will have to fight those who support secular state…..I am hopeful Allah is with me, even if no one supports me. Rest, I stand on my statement. If the intention of Geelani and others is freedom for Islam and imposition of Shariah after freedom, then I am not against them……I have already said that we are fighting for ‘Azadi Baraye Islam’ [freedom for the sake of Islam]. My blood will spill for Islam and not for secular state.”

In another audio clip, Zakir Musa pitched the democratic principles of governance against the basic tenets of Islam and urged the Indian Muslims to boycott the elections and “be wary of the Congress and BJP, the Samajwadi Party and Dravida Munnetra Kazhagam, the Trinamul Congress or Bahujan Samaj Party, for all are only faces of tyranny”.

Pitching democracy and territorial nationality against the Islamic principles of governance is the key political Islamist narrative being flagged off by the jihadist ideologues—from Zawahiri to Zakir. But contrary to this jihadist underpinning, there is substantial evidence in the Quran and Sunnah (the Prophetic traditions) to make it possible for us to adopt both democracy and territorial nationality as compatible to Islamic principles. It is sufficient to quote these two verses of the Qur’an:

“Those who respond to their Lord and attend to their prayers; who conduct their affairs by mutual consultation and spend out of what We have provided for them” (42:38)

“So by mercy of Allah, [O Prophet], you were lenient with them. And if you had been rude [in speech] and harsh in heart, they would have disbanded from about you. So pardon them and ask forgiveness for them and consult them in the matter. And when you have decided, then rely upon Allah. Indeed, Allah loves those who rely upon Him. (3:159)”

These Qur’anic verses clearly exhort the Islamic principle of Shur’a (consultation) in dealing with the community affairs. In a secular democracy today, mutual consultation is a self-evident proposition. Based on this, even Muslim communities the world over are now inserting the Islamic Sharia rulings, courts and tribunals into the secular legal system and common law. Today, legal decisions based on cultural values at odds with democratic principles are accepted and incorporated into the laws of democratic countries which strengthen the religious freedom.

Significantly, in 2011, the world’s largest Sunni Islamic seminary, Al-Azhar Sharif issued an 11-clause declaration titled “document around the future of Egypt” which was read out on national television by the Al-Azhar Grand Shaikh Ahmad al-Tayyibb himself. The prominent Islamic jurists who participated in the drafting of the al-Azhar document explored the possibility of declaring a “secular” state as compatible to Islamic Shariah. After serious deliberations, the Al-Azhar ended up describing the future ideal state as “national” (al-Waaniyyah), “constitutional” (al-Dusturiyyah), “democratic” (al-Dimuqraiyyah) and “modern” (al-Haditha).

Thus, this declaration of the leading Al-Azhar Islamic scholars demanded the establishment of “a national, constitutional, democratic and modern state, founded on a constitution approved by the nation”. It also sought “the separation of powers, guarantees for human rights, the power to legislate given to the elected representatives of the people in accordance with the correct Islamic understanding.”

The Al-Azhar declaration premised that the principle of governance according to Shariah is merely defined by the convergence between the principles operating in governance and in the Islamic tradition. It clearly stated that there is no “religious state” in Islam, be it in its history, its legislation, or in its civilization. Islam has left to people “the administration of their society and the choice of the tools and of the institutions that realize their interests, with the condition that the comprehensive principles of the Islamic Shariah be the main source of legislation, and as long as those who follow other revealed religions may refer to their own religious principles (Shari’ah Diniyyah) to deal with their affairs of personal status.”