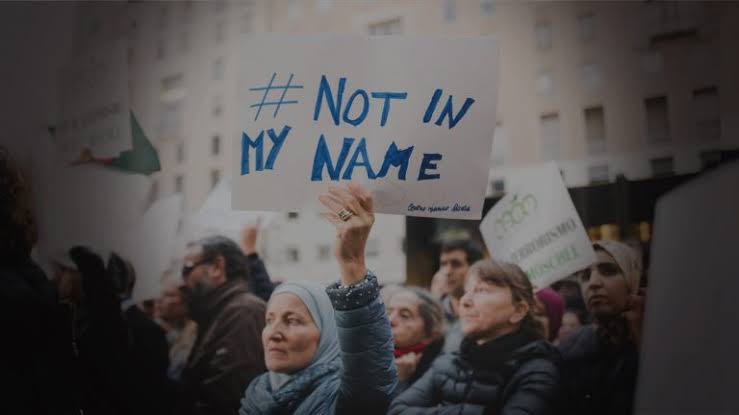 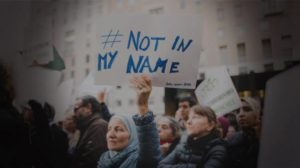 The word used in Islamic juristic discourses to describe ‘rebels’ is ‘Bughat’. The word comes from the root word ‘Baghyun’, which in its several forms could mean 1) to commit injustice or tyranny, 2) to transgress or cause corruption or 3) to seek something. According to classical Islamic jurists, rebels are those who withdraw themselves from obedience to a lawful state or any established government and wage armed struggle against it.

A renowned Hanafi scholar, Ibn Nujaym defines ‘rebels’ (Bughat), “(The Arabic word) ‘Bughat’ is the plural of ‘Baaghi’. He who committed transgression [bagha] against the people is the one who oppressed and transgressed. Baghyun means ‘to make mischief. From it is derived the term ‘Al-Firqa Al-Baghiya’(the rebellious sect) because it deviated from the moderation…. and the rebellious group is the one that does not abide by the writ of the state (Al-Imam Al-Adil has been translated here as ‘writ of the state’)”. (Ibn Nujaym, al-Bahr al-raiq, vol.5, p.150)

Al-Haskafi Hanafi says, “Conventionally, the term ‘Baghyun’ means to seek that which is unlawful such as aggression, oppression, tyranny or terror”. (Durr-e-Mukhtar, vol.4, p.261)

The lexicologists have made several definitions for rebellion. In its legal application, the term ‘rebellion’ refers to the breach of all legal, constitutional and Islamic limits to spread mischief, disorder, chaos, strife (Fitna) in society or state.

Defining different kinds of rebels, Ibn Humam Hanafi says, “According to the conventional usage among the jurists, the word ‘Baaghi’ (rebels) denotes the one who rebels against the authority of the government. Those who challenge the writ of the state are four kinds:

1.    Those who rebel without any incorrect interpretation [Tawil]—whether they have a force of arms or not—and who seize the wealth of people, murder them and terrorise travellers on the road. They are known as brigands.

2.    The group of the rebels who are just like the aforementioned group. They do not have a force of arms, but do have an incorrect interpretation. The legal ruling upon this group is that they are considered brigands; if they fight they are to be killed and crucified (by the law of the state) and if they steal the wealth of the Muslims, the prescribed punishment has to be given to them, in the manner that is well-known [in Islamic law].

3.    The group of the rebels who have a force of arms and protection, and who rebel against the writ of the government with an incorrect interpretation and believe that the government is based on falsehood, disbelief or disobedience, and that according to their incorrect interpretation, it is obligatory to rebel against it; this group is called Kharijites. They declare lawful the blood and wealth of the Muslims, capture their womenfolk and declare the Companions of God’s Messenger (peace be upon him) apostates. According to the majority of the jurists and the traditionalists, they are given the same ruling as that of the rebels.

4.    A group of Muslims who rebelled against the government, but did not declare lawful what the Kharijites declared lawful, such as shedding the blood of the Muslims and capturing their children. This group is also considered amongst the rebels [Bughat]. (Ibn Humam, Fathul Qadir, Vol.5, p.334)

Zann al-Din b. Nujaym Hanafi defines rebels as “a group of Muslims who rebelled against a legitimate government, but did not declare lawful what the Kharijites declared lawful, such as shedding the blood of the Muslims and capturing their children” (Ibn Nujaym, al-Bahr al-Raiq, vol.5, 151)

Ibn Abidin Shami describes rebels as “The people of rebellion include every faction that possesses force of arms and seeks to gain power; they fight the people of justice on the basis of an incorrect interpretation and argue that “the truth is with us” and that they are the true authorities” (Ibn Abidin Shami, Raddul Muhtar vol.4, p.262, translated by Dr. Tahirul Qadri in Fatwa on terrorism)

It is narrated by Hudhaifa b. Al-Yaman that “the Prophet (peace be upon him) said, “there will be after me leaders who do not follow my guidance and do not follow my Sunnah and there will be among them men whose hearts are like those of the devil in the body of a human being”, and I asked the prophet (peace be upon him), “what should I do at that time if I reach it?”. He said, “Listen and obey the (state) ruler, even if lashed your back and took your money, listen and obey”

Imam Bukhari and Imam Muslim narrate from Abdullah b. Abbas, “If someone dislikes his state ruler, he must be patient, because if he comes against the ruler in a rebellious or destructive manner by only a hand-span and dies, he dies in a state of pre-Islamic ignorance and sin”.

These Ahadith are of utmost importance as unequivocal evidence that encourages Muslims to have patience, even when facing persecution from the ruler, so that the peace of a state is maintained and strife does not occur. It inspires them to go to the extreme of having patience even if the ruler is corrupt or unjust, with the reason being maintenance of peace.

The objective of maintaining peace, inherent in such Ahadith, must be instilled into the minds of the present 21st century Muslims. To achieve this objective in modern times, they need to first understand it that those who live under a particular government, corrupt, unjust or truly democratic, they are required to obey the ruling government and live peacefully. While facing any sort of marginalization or injustice, they should not take up arms in a rebellious way against the government. Fearing that their act of rebellion might result into strife, they should have patience instead. The reason is that it was prohibited by the Prophet (peace be upon him) to rebel even against the unjust ruler, not to speak of the just government. This prohibition also applies today to the terrorist groups which make rebellious struggle against their regimes. Thus they are doing an act of rebellion which is prohibited in Islam.