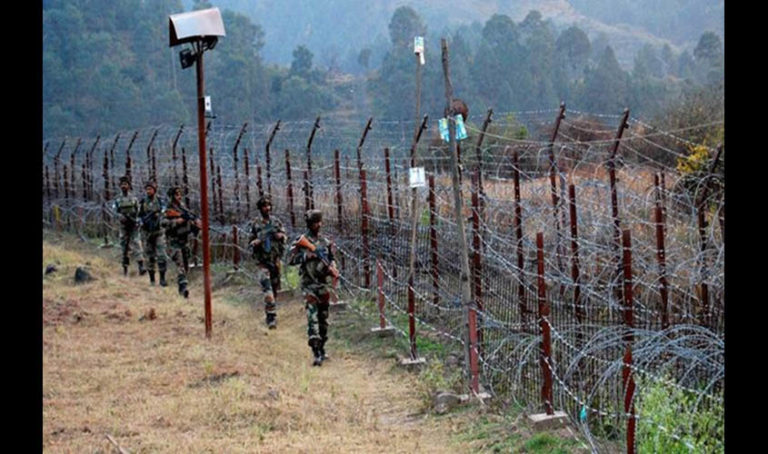 A flood of views has emerged supporting Article 370 by individuals who do not believe that they are votaries of the Two Nation theory. This construct, which was the basis for Pakistan, holds that Hindus and Muslims are two entirely separate entities, the corollary being that the two can never co-exist in peace. Article 370 is grounded in the Two Nation theory, for it treats India’s only Muslim-majority state as an “other” needing to be separated from the rest of India, including by the banning of settlement or purchase of property by “outsiders”. The shock of Partition resulted in Jawaharlal Nehru reinforcing his (unspoken but acted upon) conclusion that the “minorities” (shorthand for the Muslim community, as neither the Sikhs, the Parsis, the Christians or the Buddhists were involved in seeking a separate faith-based state) needed to be separated by law and policy from the “majority”, i.e. the Hindus. For long, such minds have treated Muslims differently from Hindus, including in matters relating to personal law. Beginning with Mahatma Gandhi’s backing for the Wahhabi-led Khilafat agitation to Rajiv Gandhi’s hasty rollback of the Shah Bano verdict and beyond to Sonia-Manmohan’s demonstrations of fealty to the Two Nation theory, those who led the country have acted as though Muslims and Hindus are different, thus falling into the Two Nation trap that before 1947 led to many millions of Muslims, especially in Bihar and UP, backing the establishment of Pakistan. Article 370 opened a fresh wound in a body politic already ravaged by the trauma of religion-based partition, and since then has been flashing with the intensity of a neon light the toxic untruth of the Two Nation theory: that Muslims need to be treated differently from Hindus. Apart from conceding Jinnah’s partition demand, rather than holding out for a united India, or continuing post-Partition to fight for it, for example by (a) moving into the whole of Kashmir, (b) assisting the Baloch in Pakistan to form a separate republic, (c) moving into and annexing “East Pakistan” in the early 1950s when hundreds of thousands of Hindus were murdered in a barbarity that has yet to be adequately documented, and (d) supporting Khan Abdul Ghaffar Khan and facilitating the merger into India of the Pakhtun territories. Mao Zedong unified China, while Abraham Lincoln fought a civil war rather than agree to the division of the US. They were clearly cut from a different cloth from the Indian leadership. The penchant for mistaking the superficial for the core has been most recently revealed by the protests of those who claim to swear by Hindu-Muslim unity while at the same time backing a provision based on the false proposition that the two communities need to be kept at arm’s length from each other in the only Muslim-majority state in the Union. The longstanding policy of treating Muslims differently from Hindus has been the cardinal error that led to so many unnatural bouts of tension between the two communities.

Media channels based in the US, the UK and the rest of Europe have been in the front rank of those wailing about the removal of the “secular” Article 370 by the “communal” Narendra Modi government. If that be so, surely the US, the UK and other countries in Europe are themselves “anti-secular” by depriving Muslim-majority zones within their territories of the quarantine provided against external ingress by Article 370. Amazingly, neither the BBC nor CNN or DW has demanded that Muslims in North America and Europe should have the right to marry up to four wives at a time, and to divorce them virtually at will. Yet when some in India ask for a similar policy to be adopted here, they are portrayed as “anti-Muslim”. Clearly, there is a difference in such media outlets between people living in India and those in Euro-ethnic parts of the world. Even Justin Trudeau has shown (by the definitions and reasoning used in the case of the Indian situation) that he is “communal”, by not allowing any Canadian citizen to have more than a single wife, or by allowing non-Muslims to settle in locations where a majority of the inhabitants follow a faith that is (when freed of the Wahhabis) among the most noble and profound ever seen in human history. The tenets of Wahhabism have sought to conceal the core of the Muslim faith, which is a compound of mercy, beneficence and peace. The artificially created hard-line outer layers seeking to obscure the Word of God need to be removed, but this has not been possible for the overwhelmingly moderate majority of Muslims, largely because the same “secularists” who back the communal Article 370 also pay obeisance to the Wahhabis as the sole representatives of Muslims, a misperception followed by media outlets across the world. “Nehruvian Secularist” politicians, who are in a sulk because of the removal of Article 370, act thus because of the belief that Muslims across India back that pernicious piece of legislation. In reality, the overwhelming majority of Muslims in India know that their progress hinges on accepting in brotherhood and living in harmony with their Hindu brethren, and that measures such as Article 370 (which posit Muslims and Hindus to be separate when the interests of the two are common) have worsened rather than healed the divisions caused by the folly of the Congress Party’s acceptance of Partition in 1947 and its subsequent policies. This is why only the thin Wahhabi layer has been fuming against Prime Minister Narendra Modi’s move, rather than the whole of a community that is close to a strength of 200 million across India.

The window for Pakistan to accept the 1972 Shimla offer of India’s to make the Line of Control the international boundary has begun to close. As the capability of India grows, including its essentiality to the economy of China and to the security of the United States, the option of a taking back of Pakistan-occupied Kashmir is moving towards operationalisation. Although Imran Khan may babble about a nuclear conflict, this is out of the question. The generals in the Pakistan army are shrewd realists, and will not sacrifice the very existence of Pakistan in an Indian retaliatory strike, even were they to lose PoK. In 1971, D.P. Dhar fashioned an alliance with the USSR that kept both China and the US at bay, while the Pakistan army was driven out of what is now Bangladesh. To get back PoK, what is needed is an alliance with the US that will keep China at bay while PoK is recovered. The Modi government needs to also enlist Afghanistan in the moves by India, as well as the goodwill of Iran. This set of circumstances will enable the taking back by Prime Minister Narendra Modi of PoK, as forecast by Home Minister Amit Shah.