Once upon a time, a municipal school teacher was preparing for the Indian Administrative Services (IAS) exam when Dalit leader Kanshi Ram visited her home in 1977 and apparently told her, “I can make you such a big leader one day that not one but a whole row of IAS officers will line up for your orders.” 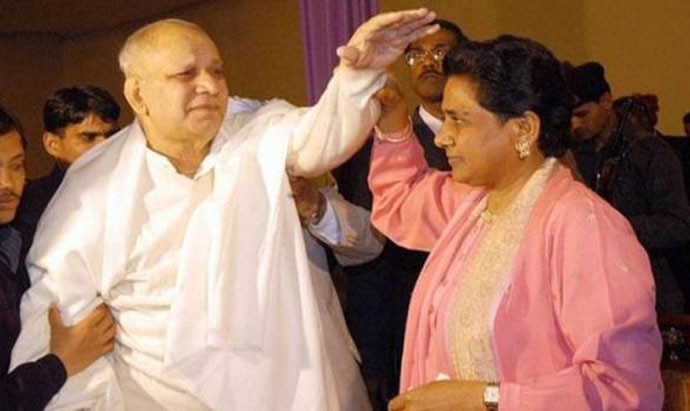 Mayawati was once an IAS aspirant too. (Source: Aaj Tak)

That teacher — Mayawati — went on to be UP chief minister four times over, and is now taking slow and steady steps to make a probable claim to India’s prime ministership, should a coalition government take centre-stage post-2019’s general elections.

Today, the renunciation of the Indian Administrative Service by Shah Faesal to join politics thus doesn’t seem quite the supreme sacrifice it is being made out to be. After all, many have used the administrative services as a stepping stone to positions of greater power.

But the reasons Shah Faesal has cited for giving up his job lay bare the fact that, unlike a certain novice from earlier times, the former IAS officer is a seasoned politician already.

A man who spent years preparing for the civil services (no cakewalk exam) has suddenly woken up to the “marginalisation and invisiblisation of around 200 million Indian Muslims at the hands of Hindutva forces reducing them to second-class citizens”?

It is bewildering how Faesal could have skipped the references to the economic and social mariginalisation of the Muslim community in the multiple books and articles he would have referred to while studying to become an IAS officer.

How did Faesal not see that the politics of appeasement — under what, according to him, are ‘secular forces’ — subjected a whole community to an eternal life of deprivation?

How did he not read about the 1987 Hashimpura massacre that happened under the watch and empathetic guard of a ‘secular’ government?

Making “insidious attacks on the special identity of the J&K state” a ground for his resignation, Faesal seemingly wants Kashmiris to entirely forget that it was a ‘secular’ government that reportedly rigged the 1987 elections in the state he hails from, throwing the Valley into the throes of an insurgency that has ebbed and flowed since then.

He wants to remind “the regime of the day that subversion of public institutions like the RBI, CBI and NIA has the potential to decimate the Constitutional edifice of this Country and it needs to be stopped.” 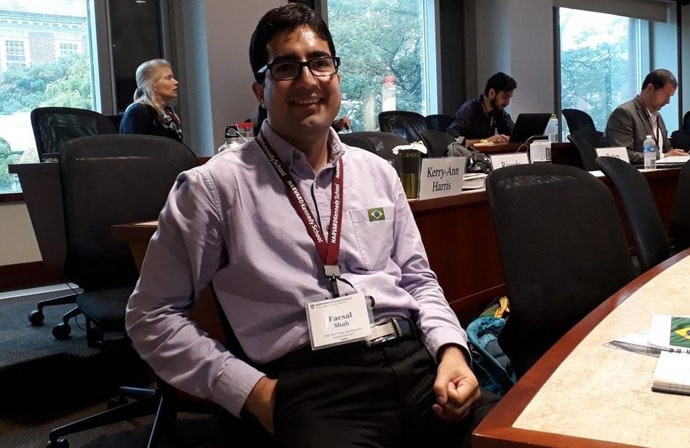 Great! The current regime indeed needs to be reminded of this. Young, educated and talented people speaking truth to power is commendable.

But Faesal would do himself (and his admirers) some good by revisiting some of the lessons he went through on the history of violence in Kashmir.

Faesal lost his own father to violence, but he chose to avenge death by choosing to live — and live well. He went on to top the civil service exam — the first Kashmiri to do so. A victim of violence, Faesal would know better than most that guns only breed more guns, killings lead to more killings. Faesal also knows, we believe, that modern societies based on a social contract have relegated the use of violence to be the sole preserve of the state.

That is why it is tragic to see Faesal posturing now as a sympathiser of the champions of ‘resistance’ — calling the Hurriyat representatives of the ‘sentiment’ — the same group that promotes militancy and violence in Kashmir.

By batting for the Hurriyat, Faesal has joined the ranks of those who goad youngsters in Kashmir to rush to encounter sites or line up for funeral processions of slain militants, pelting stones at security forces. If they die in the ensuing security battle, the champions of resistance and the representatives of the ‘sentiment’ dismiss their deaths as collateral damage in the fight for azadi.

Faesal says he doesn’t have the strength of character to join the Hurriyat.

While separatist Hurriyat leaders have been telling Kashmiris to not send their children to army-run schools, alleging that these institutions were weaning the next generation away from their religion and culture, the children of many of these leaders have got the best educations, settled abroad and enjoy luxurious lives.

Syed Ali Shah Geelani, who has encouraged the young in Kashmir to take to the streets and leave their studies for a ‘greater cause’, has his own children working as medical practioners, teachers and engineers. Fresh cannon fodder: Separatists in Kashmir only encourage its youths to take to the path of violence. (Source: Reuters)

This ‘strength of character’ needs to be called out by educated Kashmiris. Shah Faesal could have done so too — if only he hadn’t sensed political dividends.

So, while Faesal takes the electoral route, he supports the Hurriyat, which is encouraging more youth to embrace death over democracy.

Faesal’s sources of inspiration to join politics — Imran Khan and Arvind Kejriwal — send confusing signals too about what brand of politics he wants to endorse.

Khan, as the Prime Minister of Pakistan, is reportedly providing tacit support to terrorists while seeking to mainstream terrorist groups.

Arvind Kejriwal, meanwhile, is busy telling people how his government has created the best cow shelter in the country. Just in case Faesal is not reading much these days, having had his run at the exalted services requiring erudition, ‘gau raksha’ is the love of those representing ‘Hindutva forces’ — the same lot Faesal believes have ‘marginalised’ 200 million Indian Muslims.

Meanwhile, Faesal also wants to help youths in Kashmir clear the exam — for the very service he has so disdainfully quit.

Who said politics was the last resort of the scoundrel? Perhaps a certain topper could remind us.