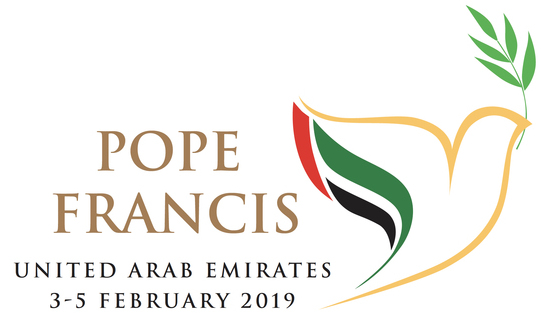 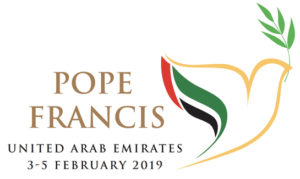 Nirmala Carvalho
Mumbai, Jan 30, 2019: Pope Francis will “encourage the Catholics throughout the world to continue to put into practice the teachings of the Church regarding dialogue with Muslims” when he visits the United Arab Emirates, according to one expert on interreligious dialogue.

Francis will be the first pope to visit the Arabian Peninsula on his Feb. 3-5 visit to Abu Dhabi, the capital of UAE.

During his trip, the pontiff will meet with the international Muslim Council of Elders, participate in an interreligious meeting and celebrate Mass for the local Catholic population, mainly foreign workers.

Archbishop Felix Anthony Machado of Vasai, India, served as the Under-Secretary of the Pontifical Council for Interreligious Dialogue at the Vatican from 1999-2008. He will be in Abu Dhabi for the pope’s visit.

“This group of the World Muslim Elders Council has prepared the Pope’s visit and they would like that the leaders of all religions sit and reflect on how there could be peace among religions and reflect that peace in the world at large,” Machado told Crux.

“Such initiative has come from Sunni Muslims whose leader is the Grand Imam of Al Azaar Mosque in Cairo, Egypt. He will be leading this interreligious group and seek the pope’s support and counsel; because Pope Francis himself is personally committed to building peace in society and the world,” the archbishop continued.

Machado said there were “conservative and politicized voices” critical of the pope for making a trip to an area without a native Catholic population.

“It is not just where Catholics are that the Church must go. We must go to such places where there are no Catholics, precisely to explore the possibilities for the future,” he said. “Pope Francis is the one who said that the Church must not be self-centered but must look outside of herself. That is what he is doing.”

Islam is the official religion of the United Arab Emirates, and it is illegal to proselytize the Muslim population. However, Christians make up nearly 13 percent of the residents of the country, and are served by at least 31 churches.

There are nearly a million Catholics in the United Arab Emirates, mostly from the Philippines, India, and South America.

“I have witnessed the faith of the Catholic workers in UAE and other gulf countries. Mainly, our Indian population is giving strong witness to Catholic faith there,” Machado said, adding the immigrant community has “made the Catholic Church’s presence very valuable and relevant there.”

The archbishop also gave credit to the government of the country for allowing Christians and other minority faiths to build houses of worship, unlike in neighboring Saudi Arabia.

According to the U.S. State Department 2017 International Religious Freedom Report, individuals belonging to non-Islamic faiths, including Christianity, Hinduism, Sikhism, Buddhism, and Judaism, said they could worship and practice without government interference within designated compounds or buildings, or in private facilities or homes. The government, however, did not allow non-Muslims to worship, preach, or conduct prayers in public.

Since UAE only allows citizens, or companies run by citizens, to own land, it is difficult for churches to be constructed: They are usually built on land owned by the royal family, and leased to the church.

Machado told Crux this arrangement should “be admired in the given context.”

“The human rights are not accepted everywhere in the same way, and the Church cannot wait until the human rights are accepted universally. The Church must move on how she finds the situation in particular contexts like Gulf countries and not wait for the perfect situation to come,” the archbishop said. “The Church lives in the present, not in the past or future.”

He said that is why the pontiff’s visit to the UAE is so significant.

“I have heard from some Catholics who are from Vasai and who live and work in UAE and they are excited that Pope Francis is visiting them. They feel remembered and active and important part of the Church. Therefore, even if Pope Francis is seen by our people who are heavy burdened and those who labor day and night in the Gulf, they will be very strengthened in their faith,” Machado said.

“It is important for Pope Francis to visit these ‘peripheries’ as he himself says.”

But he said the interreligious aspect of the trip cannot be overshadowed.

“For me, winning over the trust of Muslims is also very important in this world. There are many good Muslims who love peace but they want some support from outside,” he said.

“The pope is a help to them also and that is his ministry, for he is not only for Catholic people. As the Second Vatican Council says, the Church is a servant for everyone in the world and the Church must fulfill her prophetic mission. The pope is doing that,” said the archbishop.