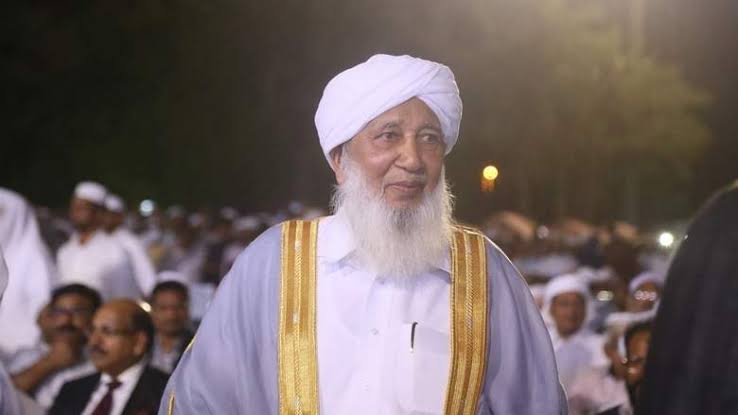 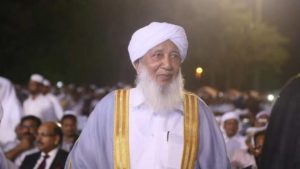 The newly elected Grand Mufti of India is “pained” by “deepening communal tensions” across his country and feels educating the generations is the only way to end divisions. Sheikh Aboobacker Ahmad from Kerala aims to transform the image of Indian Muslims by putting focus on education. The 80-year-old scholar, also known as Kanthapuram A.P. Aboobacker Musliar, is the founder of Kozhikode-based Markaz, an Islamic University with presence in 23 states and four union territories.

Some Markaz schools in Kerala have 50 per cent non-Muslim students and he wishes to replicate this model in other states. Sheikh Aboobacker took charge as the Grand Mufti this February and holds the supreme authority to give fatwas in relation to Islamic religious matters in India. He aims to build consensus among muftis from across the country to work together for development of the community and forms opinion on issues like entry of women in mosques.

The leader of Muslims is averse to mixing politics and religion – a factor which will “destroy the secular fabric of India”. In an interview ahead of his mega reception in Abu Dhabi, Sheikh Aboobacker noted there will be firm effort from his side to revive brotherhood among Indians.

What will be your role as the Grand Mufti and the changes you wish to initiate?

This is a big responsibility. Whenever there is any matter of national interest, I as the Grand Mufti, will bring together all muftis from across India and form a collective opinion. For example on an issue like triple talaq, there will be a discussion held among muftis. It wasn’t done earlier as previous Grand Mufti (Akhtar Raza Khan) passed away last year. A Grand Mufti also gives fatwa, which has its own importance. In India, Muslims follow the Muslim Personal Law, Mahomedan Law and those laws for Sunnis and Shias. When any issue on Muslim community is in the parliament, a mufti’s fatwa is needed as a guidance to take a decision. I will seek to unite the Muslim community and develop cordial relations with all other religious groups. I want to see Muslims playing greater role in nation building process.

What are the reasons for communal divisions in India and what are the solutions to this?

Lack of education is the root cause of all hatred and divisions. Politics and religion shouldn’t be mixed as it will lead to bias in the community. But Muslims shouldn’t remain aloof too. They should be part of all mainstream organisations. In election, it’s wrong to have a Muslim candidate from Muslim majority constituency and a Hindu candidate from Hindu majority area. A Muslim should win from Hindu dominated area and vice versa to really make India secular. All citizens from diverse religions across India should live together just like you find in Kerala. Education holds key to peace and harmony in India.

What can Indian leadership learn from counterparts in the UAE?

The UAE is an Islamic country with more than 200 nationalities living together. The new Hindu temple is an example of inclusiveness, harmony and tolerance shown by the UAE leadership. Islam has always promoted the idea of love and peace. Islam always propagates the fact that faith and belief shouldn’t be forcefully imposed on anyone but willfully accepted.