Home CRITICLES Erdogan & Imran Khan have no right to talk about secularism in... 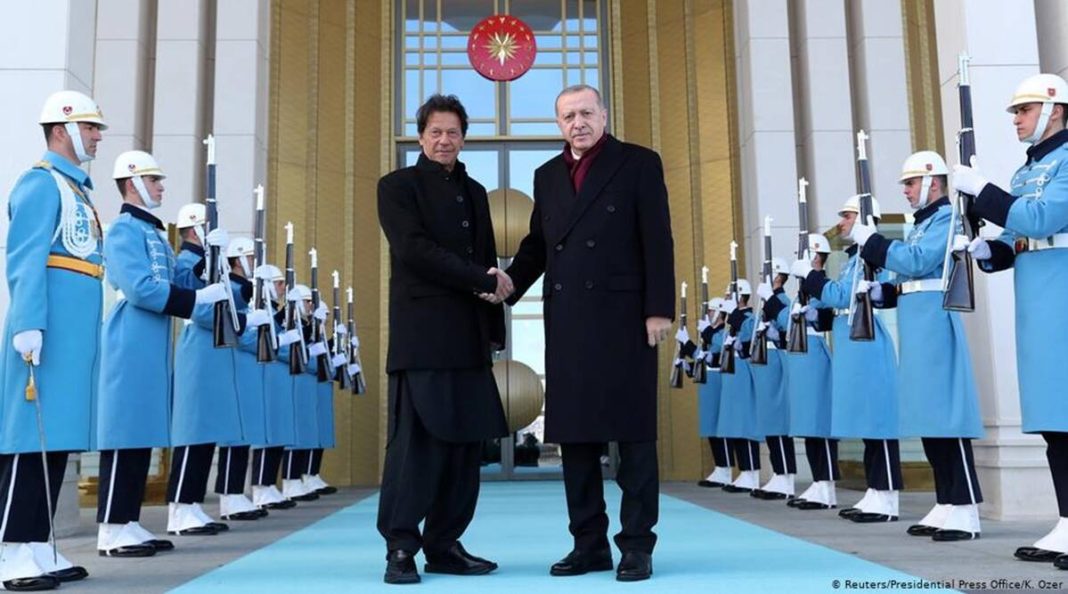 There has been an outburst in Muslim countries against Macron’s comments about Islamist terrorism in wake of the gruesome beheading of Samuel Paty, a teacher who was killed for showing students caricatures of Islam’s Prophet Muhammad. Erdogan, who likes to pose as the leader of the entire Islamic world, decried “rising Islamophobia” under Macron’s watch.

“What problem does this person called Macron have with Muslims and Islam? Macron needs treatment on a mental level,” Erdogan recently said.

Pakistani premier Khan, who is known for his deep admiration of Erdogan, followed suit. “This is a time when President Macron could have put a healing touch and denied space to extremists rather than creating further polarization and marginalization that inevitably leads to radicalization,” Khan wrote on Twitter.

While it can be argued that the French president should have dealt with the issue of secularism in Europe in a different way, the criticism by Erdogan and Khan is hypocritical and outrageous.

Erdogan and Khan have no right to talk about “Islamophobia” when their governments show no respect to people of other faiths.

In July, the Turkish government converted the 6th century Hagia Sophia church into a mosque, showing no regard for the sentiments of millions of Christians around the world. The Turkish leader now looks set to do the same with another former church, the Church of St. Saviour in Chora.

Erdogan, whose Justice and Development Party has been in power since the early 2000s, has done everything in his power to undermine Turkey’s secularism and turn the country into an Islamic caliphate. There has been massive opposition in Turkey against his actions, with liberal and secular groups making their voices heard on a regular basis. But instead of upholding democratic values in his own country, Erdogan strikes at them with an iron hand.

Had France converted a mosque into a church, what would be Erdogan’s reaction? He would have denounced Macron for promoting “Islamophobia.”

Let’s talk about Pakistan now. Khan continues to blast Europe and India for treating Muslims badly, yet in his own country, religious minorities are persecuted. Hindus are being forcefully converted to Islam. Christians, Ahmadis and Shiites are booked in blasphemy cases, and hardline Islamist groups have given a free hand to declare anyone “non-Muslim.”

Surely, Khan has no right to lecture Macron on creating polarization and marginalization that leads to radicalization. Pakistan has been doing it systematically for several decades.

Just recently, Mian was stopped from giving a lecture at Karachi’s Institute of Business Administration after radical groups threatened the school’s authorities. There was no condemnation from Khan or his ministers over the incident.

It is easier to criticize others than to correct your own mistakes. There is a debate within France about how President Macron needs to tackle the issue of radicalization, and why he should not marginalize the Muslim community in his country. German Foreign Minister Heiko Maas is right when he says that we must not conflate racism and the fight against terrorism. France faces a tough time separating the two issues, so do other countries. It is an issue that demands introspection.

Muslims are extremely sensitive about the issue of caricatures of their holy figures. It is thus important for French authorities to approach it with sensitivity. At the same time, leaders like Erdogan and Khan need to understand that French Muslims enjoy more freedom than religious minorities in Turkey and Pakistan.

Attacks on those who express their views freely, such as the Paty beheading, the murder of Charlie Hebdo editors in 2015, or even the knife attack by a Pakistani man near the former offices of the magazine in September, are only going to strengthen the view that Muslims are intolerant.

All Muslims are not intolerant. They may be sensitive about Islam and their holy figures, but they are also fighting for democracy and freedom of expression in their own countries.

Erdogan and Khan know it well because opposition against their governments is currently on the rise. They want to distract attention from domestic problems by raising the “Islamophobia” slogan, but many in their countries know they are not sincere about the issue. Khan’s continued silence on the mistreatment of Uighur Muslims in China is proof of that.