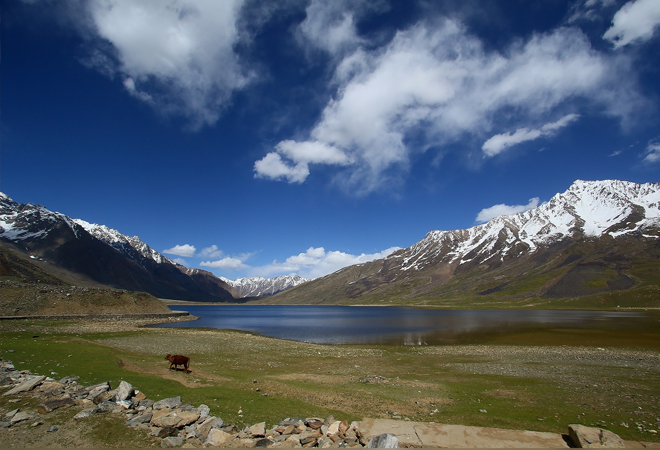 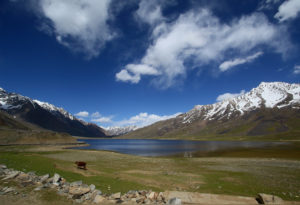 With the recent order of the Supreme Court of Pakistan, given by a seven-judge bench, the focus is back on the constitutional status of Gilgit-Baltistan (GB). The moot question being: is Gilgit-Baltistan a province of Pakistan or a disputed territory? The purpose of this exposition is to mark the relevance of the court’s decision as far as the provincial status of Gilgit- Baltistan is concerned and whether it is possible to confer fundamental rights onto the people. On January 17 2019, the judgement of the apex court ordered the federal government to promulgate a new law within a fortnight to grant more rights to the people of Gilgit- Baltistan. Stressing on the need for governance to be within a constitutional framework, the bench contended that its jurisdiction and power extends to Gilgit-Baltistan. Chief Justice Mian Saqib Nisar in his final case noted that the international status of Kashmir, of which Gilgit-Baltistan is a part remains “disputed”. In addition, the ruling stated that until the UN promised plebiscite records the Kashmiri aspiration, it is incumbent on the governments of both India and Pakistan to ensure that the people of the region enjoy maximum rights for areas within their respective control. During the hearing of the matter in Supreme Court, the Attorney General had stated for the government that it is not feasible to declare the region a separate province as it remains part of the broader Kashmir dispute between India and Pakistan. Conversely, Counsel Salman Ikram Raja said that Gilgit-Baltistan has no relationship with Kashmir.

Similar to most disputed regions the doctrine of progressive realisation of rights is operating here as well. Initially, before signing of the Karachi Agreement in 1949, the region was under the ‘AJK’ government. After the agreement, it came under FCR (Frontier Crimes Regulation), 1901 that was also governing the Federally Administered Tribal Areas (FATA). In 1974, Zulfiqar Ali Bhutto brought in administrative and judicial reforms in the region. Until 2009, referred to as the Federally Administered Northern Areas (FANA) the region was renamed as Gilgit-Baltistan. G-B Empowerment and Self-Governance Order, executed by the government in 2009, brought the same. This order established a Gilgit Assembly with 24 directly elected members. A province like status introduced with a Chief Minister and Governor in office. However, it was the Gilgit Baltistan Council headed by the PM as Chairman, which exercised de facto powers over the region. With the 2018, Gilgit-Baltistan Executive Order things changed. The powers exercised by the Gilgit Baltistan Council, stood transferred to the Gilgit Baltistan Assembly. Thus acknowledging its representative status and delegating more power to it. Based on the order it is widely believed that the new package will bring greater autonomy to the region. It will allow the local administration to appoint judges, establish a public service commission and take up developmental projects in tourism and hydroelectricity. In addition, a constitutional committee of nine members led by Sartaj Aziz constituted in 2015 proposed a de-facto integration of GB to Pakistan, after completing a series of talks up until 2018. With the coming of the court order, the extension of governance package has been in limbo. What draws further attention is that how the government will reconcile its position under the 2018 order with the court verdict.

However, what makes Gilgit-Baltistan have a status just short of it being the fifth province is the protracted Kashmir issue. The Pakistani claim on Kashmir would stand affected if it constitutionally usurps the region. The leadership in Azad Jammu Kashmir region and in the Kashmir Valley area have ever since vociferously opposed any demand of provincial status emanating from GB. The translation of Pakistan’s de-facto administrative control over the region to the status of a province at par with (Sindh, Punjab, Khyber-Pakhtunkhwa or Baluchistan) would be a jolt for its traditional stand. Domestically also, the issue of governance in FATA will crop up as the Supreme Court extends its jurisdiction to G-B. The predominantly tribal region governed through the Frontier Crimes Regulation 1901, today has different narratives when it comes to its future position within Pakistan. The four major alternatives include firstly, integrating the FATA region into the province of Khyber Pakhtunkhwa, secondly, to carve FATA into a separate province, thirdly to constitute a FATA Council modelled on the lines of the Gilgit-Baltistan Council and lastly, to maintain the status quo. Conclusively, while provincial autonomy may not be in store for FATA, the demand of the tribal leaders for more constitutional reforms stands strengthened after the current decision pertaining to Gilgit Baltistan.

The contentious Gilgit-Baltistan area has contrasting narratives about its territorial sovereignty. India maintains that with the signing of instrumentof accession between Maharaja Hari Singh and the Indian government the territory including other parts of the state of Jammu and Kashmir, is under its control.

Pakistan contends that Gilgit Agency had unconditionally acceded to Pakistan after liberating their area from the Dogras on 1 November 1947. Furthermore, after the 1947-48 war between India and Pakistan the region came under Pakistani occupation. The Karachi Cease Fire Line, later the LoC (Line of Control) demarcates the territories of the two countries. Moreover, the UNSC resolution 47 mandates a three-step process for conducting a plebiscite in the region. In the said process, Pakistan would withdraw all its nationals from Kashmir province. Secondly, India would progressively reduce its forces to the minimum level required for law and order and finally India would appoint a plebiscite administrator nominated by the United Nations who would conduct a free and impartial plebiscite. This has not fructified until today. Consequently, looking at this disputed historical position and the political disagreements otherwise between the two nations, granting of provincial status in a one-sided manner seems a non-starter. Internationally as well, a unilateral step may invite global opprobrium.

Inversely, the geo-economic calculus suggests that China has pressed Pakistan to clarify the status of the region. After the introduction of CPEC, the demand for provincial status has become strong. The locals also maintain that issues related to human rights and land grabbing would be addressed only if GB gets constitutional status. In addition, the national economy of Pakistan is crumbling due to issues like unemployment, poverty, lack of investment and corruption. The CPEC with Gilgit as its starting point in the area forms a key part of the BRI (Belt and Road Initiative). The project has met with persistent objection from India on grounds of sovereignty and territorial integrity. A functional, vibrant and duly accepted economic project is of crucial interest for a landlocked western China, which is otherwise struggling to keep at bay dissent emanating from Tibet and Xinjiang. Opening to the sea at Gwadar helps China reduce costs, as it otherwise admits its cargo through the Malacca strait. In addition, the natural development of Western and South Western China would flow, provided the CPEC gathers momentum and works at full speed.. Consequently, the acceptance of CPEC internationally and particularly with India is in its natural interest as much as in Pakistan’s.

Therefore, for the Pakistani administration, this is nothing less than a policy quagmire. While through CPEC, Pakistan wishes to develop the economy of the region, simultaneous political action needs to be taken.

The politics of the region and the neighbouring area suggest in the interim that the fifth province cannot be a reality. The economic constraints on the contrary, force Pakistan to act judiciously and bring clarity over its sovereign hold on the region. Either ways serious consequences, await her. Relations with India only complicate the matter further. After the decision of the court, India rejected continued attempts from Pakistan, to bring material change in the status of the occupied territories. Any future bilateral conversation with India may be jeopardised following Pakistani assertiveness in the region. In case GB becomes a province, it would have implications on the Indian political scene as well. Aspirations for repealing articles 35A and 370 of the Constitution may gain momentum in India and the status of Kashmir under Indian administration may drastically change. Hence, the manner in which the Pakistani government implements the court order, in the coming days is an open question. What is certain is that the aspirations of the people of districts of Gilgit, Hunza-Nagar, Diamer, Skardu and Kharmang among others are far from the discourse. Their sense of alienation and disenfranchisement may only increase.