Home Uncategorized God Beyond the Horizon 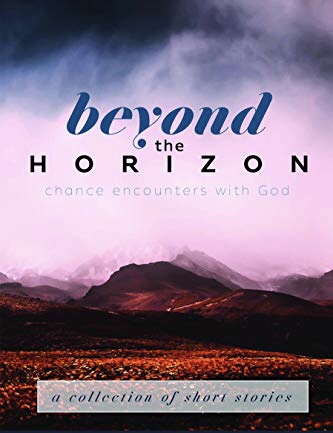 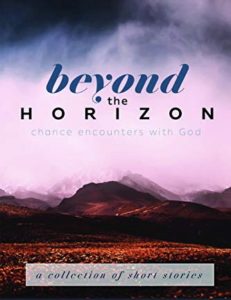 Everyone needs something or the other to believe in—a deity, a power or maybe an ideology. Many of us believe in an All-Powerful Being called in English as ‘God’.

It is a human tendency that people who share a particular understanding of God gather together and form a religious sect or community. They develop strong bonds among themselves, based on their beliefs, dogmas, laws, customs and practices. They are often proud of their own religion, leaders and mode of belief and practice. They try to keep all those do not belong to their group at a distance or else seek to incorporate them into their group, which they believe is the only one on the right path. Along with this, they sometimes tend to look at others with suspicion or even abhorrence and contempt, which can, on occasion, turn into conflict and even war.

Some people go the extreme of wanting to promote their own belief system to the exclusion of all others and even at the cost of their extermination. Many conflicts through human history have been driven by this monopolistic urge to establish a group’s ‘faith’ or power over others. In such cases, the ultimate purpose is actually to foster the group’s collective ego, which they conveniently attribute to God.

God is Beyond Our Limited Understandings

Being the Ultimate or Absolute, God is beyond our human understandings of Him. But, despite this, people try to confine God to their own limited understandings. Since these understandings are a product of human reasoning and interpretation, they are different and diverse. Because of this, different groups of religionists often come into conflict, each believing that their particular understanding of God is the only valid one, or the best one. When we try to limit the power of God within the narrow confines of a particular religious tradition or a particular understanding of God, egoism rises, communal egos clash and this leads to conflict. This is a consequence of a very narrow and conception of God.

The fact, however, is that God, the Ultimate Power who created the universe and still continues to control and protect it, cannot be limited within the boundaries of any religion, ideology, sect or community. Being the Supreme Power, He is and must be beyond any such limits.

There is, and there can be, only one Ultimate and Supreme power, and we all are only His children. How can God, being the creator of the entire universe, be the God only of a particular community, religion or sect? This is simply impossible! Growing in our knowledge of the immensity of God can help us grow out of limited and self-limiting understandings of God that have been used through history to foment conflict between religious communities. And one way we can grow in our appreciation of God’s immensity is to reflect on the immensity of the universe, which is God’s creation.

Reflecting on the universe, its size and its complexity can help us realise that the God who has created the universe and is sustaining it is just one, that He is the same God of all—Jews, Christians, Sikhs, Hindus, Muslims and everyone else. To think of that there is a God of one particular community and a second God of another community and so on is completely false!

Reflection on the immensity of God’s universe can also help us realise our own nothingness in comparison. This, in turn, can help religious groups understand that they need to be more humble in the claims that they sometimes make about God and their particular understandings about Him.

Some Mindboggling Facts About God’s Universe

In the light of this, consider these facts: The star nearest to Earth is the Sun. The Sun is located at a distance of around 149,600,000 kilometres from Earth, and light takes 8 minutes and 20 seconds to travel from the Sun to Earth. That may not seem much time. But did you know that the distance between Earth and the star closest to it after the Sun, which is called as Alpha Centauri A, is about 4.22 light years—that is, around 4.22 X 10 trillion kilometres!

Here are some more amazing facts! The Sun and its planets, including Earth, together form our solar system. This solar system is located in a galaxy known as the Milky Way. It is believed that there are 100– 400 billion stars in this galaxy alone and that there are more than 100 billion galaxies in this universe!

Consider also this fact: Our Sun is one of the smallest stars. Yet it has 8 planets, including Earth. Other stars definitely can have more planets that the Sun does. If we assume an average of ten planets for each star, how many planets could there altogether be in the universe? The figure may be around 400×109x100x109x10 (400 billion X 100 billion X 10)! Again, this is a figure far beyond our comprehension!

In the Milky Way, the galaxy where our solar system is located, the average distance between the nearest stars is about 5 light years, or 45 trillion kilometres. On this basis, the size of the Milky Way may be calculated as 400 billion x 45 trillion kilometres! And that may be the approximate size of our galaxy alone. Remember, there are billions of other galaxies in the universe! How immense, then, must the whole universe be! And do keep in mind that the universe is constantly expanding!

If the universe is so immense, how immense must God, its creator, be!

What is the size of Planet Earth? Its circumference is only 40,075 kilometres and its diameter just 12,760 kilometres. Does this Earth have any real significance, in terms of size, in the universe?

Let us imagine that a truckload of sand is deposited in an empty space. Can you calculate how many tiny pieces of sand the heap contains? It sounds impossible, but one simple way to find out is to take a gram of sand and count the number of particles it contains. Then, measure the weight of the truckload of sand in grams and multiply this figure by the number of particles in one gram of sand. This will give you the approximate number of sand particles in the sand-heap.

Now, consider this: Does a tiny particle of sand have any significance in a huge truckload of sand? No, not at all! How many particles of sand are carried away by the wind or by vehicles that pass over the sand-heap and no one bothers about them! In terms of size, if we take the entire universe to be a giant truckload of sand, the Earth is just a miniscule sand particle or even less! The Earth is thus not even a tiny speck in this immense universe!

If, then, the Earth does not have any significance, in terms of size, in the enormous universe, what do you think is the real significance of just one individual on the Earth—you or me or anyone else? Yes, you probably guessed right! We are actually almost nothing at all! But yet, with our individual egos and communal, ethnic, religious and national  superegos, we think that we are the centre of the universe! Individuals and communities think they are the best of all!

The fact however is that we are actually insignificant creatures in this huge universe. With the advancement of science, man feels that he can do everything and attain anything. But the truth is that we are unable to control the power of the nature, especially when it becomes violent. We are absolutely helpless before things like earthquakes, tsunamis, tectonic movements, and even the rain! Yet, we consider ourselves as something very great! We want the whole world to go our way!

If we ponder on the mindboggling immensity of the universe, which reflects the power of God Almighty, its creator, we may realise how limited and limiting some of our erroneous and divisive views about God are.

Remember that there is only one, enormously powerful God, only one humanity and only one life for everyone. We need not stupidly try to ‘protect’ God by killing our fellow men in God’s name. The true way to serve God is by respecting the life of all human beings, no matter what their religion, ethnicity or nationality, and by respecting the life of all other of God’s many creatures too.