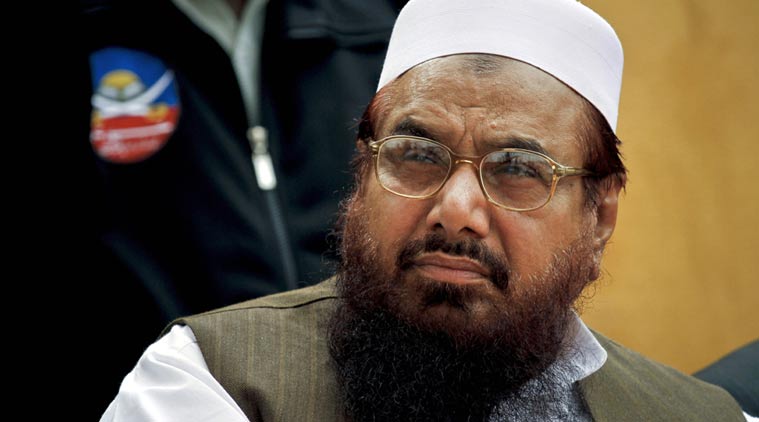 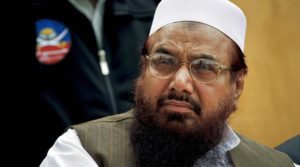 “Members of the Lashkar abducted Barelvi girls and kept them as slaves, claiming that Hafiz Saeed had allowed the custom of keeping slave girls; and that colossal sums of money gathered in the name of jihad were pocketed by the leaders of Lashkar.”

When an “under pressure” Pakistan initiated “23 cases against Hafiz Saeed and his 12 aides over terrorism-financing”, the news was immediately flashed on the front pages of all the major Indian newspapers. In Pakistan, only Daily Times carried the story on July 4: “The counter-terrorism department (CTD) said it had launched 23 cases against Hafiz Saeed and 12 of his aides for using five trusts to collect funds and donations for Lashkar-e-Taiba (LeT). Two banned LeT-linked charities, Jamaat-ud-Dawa (JuD) and Falah-e-Insaniat Foundation (FIF), were also targeted, the department said in a statement. ‘All the assets of these organisations and individuals will be frozen and taken over by the state’, said a counter-terrorism senior official, speaking on the condition of anonymity because he was not authorised to speak publicly.” The counter-terrorism department said the action is in accordance with UN sanctions against the individuals and entities.

No mention was made of the courts Hafiz Saeed had been running across the country. In 2016, the daily, The News (April 9, 2016), had disclosed that Saeed had been doing something unforgivable: Running stealth courts in violation of the constitution of Pakistan: “The supra-constitutional Sharia courts, established by Jamaat-ud-Dawa (JuD), operate across the country and only the Lahore court of this parallel judicial system has issued verdicts in 5,550 cases, including murder trials”.

Working for The Friday Times in 2002, the writer of this column had written something for which Hafiz Saeed had issued a legal notice to him “for denigrating the Companions of the Prophet”. After discovering that neither the Punjab government, nor the legal establishment, were prepared to defend him in court — lawyers had refused to take the case — he was forced to present himself at the stately office of Hafiz Saeed on Lake Road, Lahore, and abjectly beg him for mercy, which he gracefully bestowed on him. The “offending article” had contained the following paragraph in The Friday Times.

“Very little has appeared in the press about the politics of Hafiz Saeed’s Lashkar-e-Taiba and its mother organisation, Dawat wal-Irshad, because of the close coordination it enjoyed with its ‘handlers’. Hafiz Saeed in his early heady days took on Ahle Hadith (with whom he shared his Wahhabi creed) and criticised their inertia with regard to jihad. Ahle Hadith (Sajid Mir faction) hit back and discussed details about Lashkar-e-Taiba that no one in Pakistan dared discuss for fear of the state. One 1993 cassette containing the khutba-e-juma in Faisalabad of Qari Abdul Hafeez of Ahle Hadith (Sajid Mir faction) described the activities of Lashkar-e-Taiba that could only be condoned in deference to its effective participation in the covert war in Kashmir.”

The charges levelled by Qari Hafeez can be summarised as follows. “Despite the fact that the leaders of Lashkar-e-Taiba held that a boy going for jihad did not need the permission of his parents, their own sons did not go to jihad because ‘their mothers did not give permission’; that the Abu Jandal Group of the Lashkar looted banks in Pakistan in the (wrongly attributed) tradition of a Companion of the Prophet (PBUH) who used to loot caravans to strengthen Islam; that members of the Lashkar abducted Barelvi girls and kept them as slaves, claiming that Hafiz Saeed had allowed the custom of keeping slave girls; and that colossal sums of money gathered in the name of jihad were pocketed by the leaders of Lashkar.”

The pressure this month to “do something” has come from the Paris-based Financial Action Task Force (FATF), which, last year, placed Pakistan on its “grey list” of countries with inadequate controls over money-laundering and terrorism-financing. The international watchdog gave Pakistan an October 2019 deadline “to improve its efforts against terrorism-financing” if it didn’t want to end up on the black list. The United States had offered $10 million for Hafiz Saeed’s head; Pakistan finally offered it on a platter and, as quid pro quo, got the US to declare the Balochistan Liberation Army (BLA) a terrorist organisation. The BLA has been India’s tit-for-tat response for the Pakistani “nonstate actors” attacking inside India.

The “case” Pakistan pretended to run against Hafiz Saeed’s strongman, Lakhwi, had come to nothing for “lack of evidence”. Yet, Geo TV‘s anchor, Kamran Khan, in his November 12, 2012 programme had revealed that Pakistani officials had told the anti-terrorism court judge, Chaudhry Habibur Rehman, on November 10, 2012, that terrorists who attacked and killed over 166 innocent people in Mumbai on November 26, 2012, belonged to Lashkar-e-Taiba and that they had trained in various cities of Pakistan. The mastermind of this attack, Zakiur Rehman Lakhvi, was under trial at Adiala Jail in Rawalpindi.