Home Crime How the UN listing of Azhar is going to help? 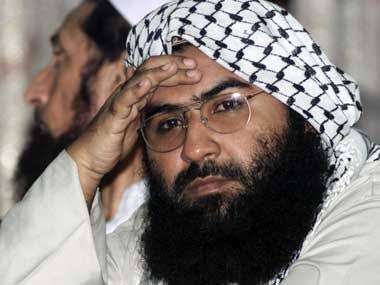 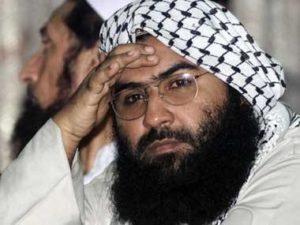 Diplomats handling Washington, China and the United Nations, and in that order, must be basking in a quiet sense of satisfaction of a job well done. The lifting of Chinese objections to the designation of Masood Azhar, chief of the Jaish-e-Mohammed, and former head of the Harkat-ul-Ansar as a global terrorist is certainly a triumph, and some clinking of champagne glasses is in order. But that’s not how critics are likely to see this event. They are more likely to wonder how this additional listing of Azhar is going to help when the Jaish itself was designated as a terrorist group way back in 2001. Many will wonder whether the diplomatic battle that went into this exercise was worth using up the scarce diplomatic capital that India has with the US and China.

There is some logic to this. After all, all that the UN Committee dealing with ISIL (Daesh) and Al Qaeda sanctions actually did was to simply add another layer of strictures on the group by naming its leader separately. The reasons for designation as listed by the UN are also similar to its earlier language of 2001. The text refers to his association with Al Qaeda and sundry other activities that include “participating in the financing, planning, facilitating, preparing, or perpetrating of acts or activities…”. The sanctions do mean that any junkets to Saudi Arabia or even the United Kingdom, where he once toured extensively, are now banned. Nor can any of his friends elsewhere provide him with money without coming under the scanner. But all of this was already part of the 2001 designation of the group, and he could hardly have escaped these strictures as the group leader.

Scepticism on the usefulness of such sanctions is also somewhat justified. After all, the Jaish hasn’t let any designation interfere with its activities. In Pakistan, it has not just been allowed to function but has expanded under successive governments. More importantly, it has also significantly increased its activities in Kashmir, particularly over the last two years, when severe adverse publicity made it (relatively) difficult for the Lashkar-e-Taiba to operate quite as freely as it did earlier. That, in essence, is the first point of this whole diplomatic exercise. Severe and consistent adverse publicity does pressure terrorist groups. Note that Azhar himself has almost entirely stopped his travels outside Pakistan. More importantly, such a designation makes Jaish’s patrons — which includes a number of institutions in Pakistan, apart from the ISI — just a little more cautious — particularly when they’re negotiating for new loans from international lenders like the IMF.

Then there’s the second point. The fact that China gave in and allowed the designation to pass would more than annoy Islamabad. For some time, it has been clear that China’s ‘technical hold’ on the designation was causing considerable embarrassment to the Pakistani Foreign Office. It is no easy matter to stonewall a resolution by other members such as France and the United Kingdom, particularly when it is apparent to everyone and anyone, that Pakistan shelters all manner of terrorist groups. It is as well to note that China is also using some of its diplomatic capital in protecting Pakistan and continuing its objections.

To an extent, the language of the designation reflects that Beijing has still shielded its ally. Nowhere does the text reflect the murderous Pulwama attack that killed more than 40 Indian forces. The earlier draft put up by the United States and quoted by The Hindu, unequivocally condemns the attack, naming the Jaish for the attack. The watered-down language doesn’t really change India’s position on its own air attacks against Jaish bases in Khyber Pakhtunkhwa. But it does assuage Islamabad’s predicament to an extent. A designation specifically identifying Jaish as the culprit in the attacks, would have been followed by New Delhi upping its demands for action against the group. As it is, Pakistan will simply make do with its usual closing of a few madrassas and ‘taking over’ (for the umpteenth time) some of its institutions. But here’s the thing. This is a dent in the Pakistan-China relationship since it signals that there are limits to Chinese backing, even while showing preference to doing business with India.

That last bit is what is more likely to irk Pakistan. Note that the forward movement by China comes at a time when despite India’s refusal to yet again attend the Belt and Road Summit held recently, bilateral relations have been moving forward quietly and without fanfare. Just a week before the formal holding of the Belt and Road Forum with much fanfare, Foreign Secretary Vijay Gokhale was in Beijing to meet his counterpart. Though the ministry’s readout was bland, it did mention the “Indo-Pacific” as an area of common interest. That is a sideward glance at the growing US-India relationship in an area that irks Beijing immensely.

Foreign Minister Wang Yi also chose to call India and China as ‘strategic partners’. Later Beijing also took India’s absence at the BRI its stride, merely remarking that it was willing to “exercise patience” in this regard. Now come reports that a second “Wuhan’ type summit is likely in October or November this year. Clearly, both New Delhi and Beijing are willing to give a little, particularly in areas that don’t directly impinge on their security. For New Delhi, a show of watering down of the “Indo-Pacific” construct that is being set up by the US is no loss. What matters are bilateral relations between the two. Similarly, China’s abandoning of the Jaish is not going to substantially change its equation with Pakistan. It merely ensures that Islamabad doesn’t take Chinese support for granted.

Finally, the Jaish designation assists the US in its overall strategy of pressuring Pakistan to deliver on Afghanistan. The Trump administration needs to pull out, and quickly, well before the next elections in 2020. For that, the Jaish issue provides Washington with an ideal hammer.

In sum, New Delhi has managed to pile up multiple points on the Jaish issue. First, it has helped to again focus attention on Pakistan and the terrorist groups it harbours. Past precedence shows that such pressure needs to be consistent to even marginally dent its terrorist support strategies.  Second, it has put some weight on the Pakistan-China ties, forcing the latter to choose between the two to some extent. Third, it allows the US to continue with its strategy of multiple points of pressurising Pakistan.

Lastly, there is at least the fact that Masood Azhar is now a marked man. If the air strikes against its hideouts and killing of its cadres have shaken the group, the calling out of its leader as a global terrorist is only going to worsen its situation. In such a crisis, lower ranks tend to drift away to other groups and funding tends to dwindle. Eventually, it will be game over. Not yet perhaps, but eventually. All in all, not a bad day’s work.