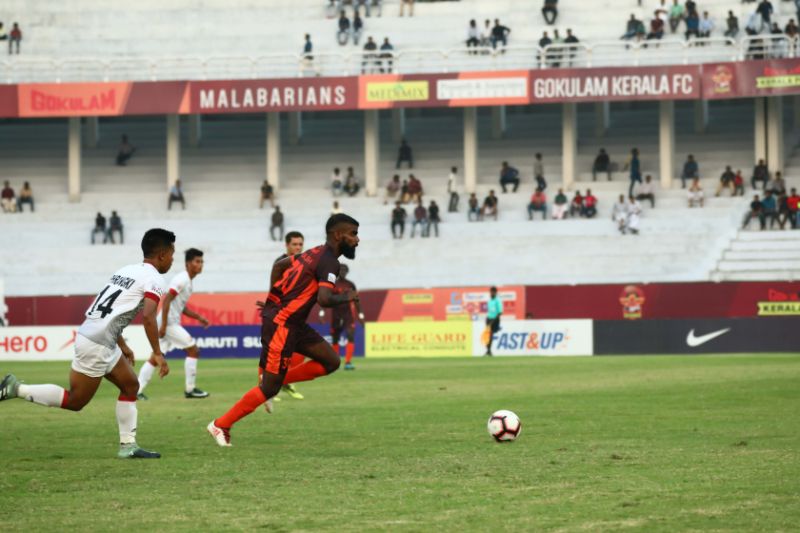 I-League clubs Real Kashmir FC and Gokulam Kerala FC are busy trading accusations of misbehaviour against each other. Real Kashmir on Friday claimed that they were mistreated by the Gokulam FC management during their training period at the EMS Corporation Stadium in Kozhikode. The Kashmir club also took to Twitter to post photos and videos to prove what they were subjected to. In a statement, Real Kashmir alleged that they were asked to stay back in hotel till their December 15 game with Gokulam . They further said that they weren’t provided with any transport or training facilities and their club staff was abused by Gokulam officials. Further threatening to abandon Saturday’s game, Real Kashmir FC demanded police protection.

Then Gokulam also fired back, accusing Real Kashmir players of mistreating their club CEO. In a statement, the club said, “Gokulam Kerala FC CEO Ashok Kumar was manhandled by a bunch of Real Kashmir FC officials today at EMS Corporation Stadium. Real Kashmir FC was allotted Kozhikode Medical College ground for training after the inspection done by the Match Commissioner on Thursday. Due to hartal, we had difficulty in arranging transport to Medical College Ground on time. The training time was at 10 am and the bus reached the hotel at 10.06 AM.

“But instead of waiting for the bus, the whole Real Kashmir team barged into the stadium and started to make a melee. The strike and the difficulty to get transport were informed to them and the AIFF officially on Wednesday itself,” the statement read.

“However, the players and officials barged into the stadium, hurling abuses. When our CEO requested them to leave the stadium, they manhandled our CEO and Kozhikode District Football Association official Hammeed,” the statement further read.

“Despite instigating violence and abusing Gokulam Kerala FC officials, they have spread blatant lies on social media. Police have taken a statement of the events occurred at the stadium…We have officially complained to the AIFF about the misconduct of the Real Kashmir officials,” Gokulam Kerala FC said.