Home Education I was ambassador to Afghanistan. This deal is a surrender 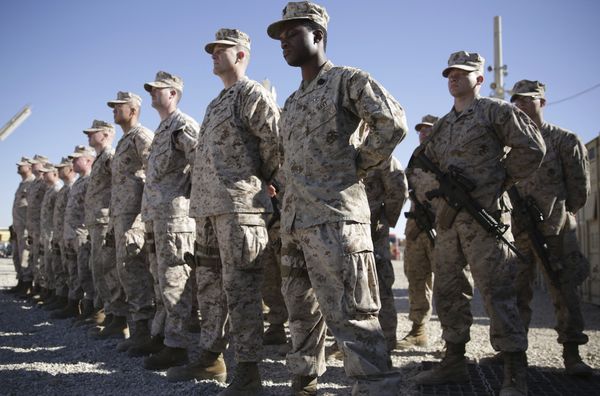 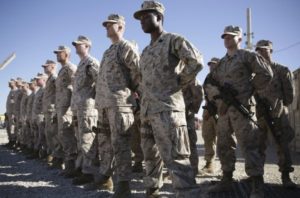 January 2002. I arrive in Kabul to reopen the U.S. Embassy. Destruction is everywhere. Kabul airport is closed, its runways cratered and littered with destroyed aircraft. The drive south from the military base at Bagram is through a wasteland. Nothing grows. No structures stand. In the city itself, entire blocks have been reduced to rubble, recalling images of Berlin in 1945.

More than two decades of almost constant war left a terrible legacy. The damage was not only to the physical infrastructure. The Afghan people had suffered enormously through the civil war that began in the late 1970s and the tyranny of the Taliban that followed. None had suffered more than Afghan women and girls.

After the U.S. invasion in October 2001 ousted the Taliban for harboring the al-Qaeda planners of the 9/11 terrorist attack, the human toll from the Taliban rule is why the United States’ initial assistance efforts focused on people rather than things.

I remember taking our first congressional visitor, Joe Biden (D-Del.), who was then chairman of the Senate Foreign Relations Committee, to visit a girls school that we had helped to open. A first-grade class that Biden visited had students in a range of ages, from 6 to 12. The older girls had reached school age when the Taliban was in power, so they had been denied an education. They weren’t embarrassed now to be in a class with children half their age — they were just happy to be learning.

At the end of Taliban rule, roughly 900,000 children were in school, all of them boys. When I left Afghanistan as ambassador in 2012, there were 8 million students, 40 percent of them girls.

We also encouraged Afghan women to play their rightful roles in business, in the legislature, elsewhere in government and in the military, and they did. The implicit message was that if you step forward, we’ve got your back. It was a time when American interests and American values were in harmony. I hosted receptions to recognize Afghan women of courage. Through the U.S. Agency for International Development, we funded efforts to establish shelters for women fleeing spousal or other familial abuse — a reminder that in Afghanistan’s male-dominated society, it wasn’t only the Taliban who threatened women’s safety.

Now the United States is negotiating directly with the Taliban. A framework agreement was announced on Monday calling for a cease-fire that could lead to the full withdrawal of U.S. troops. The Taliban would commit to not harboring terrorist organizations that could threaten U.S. security. In other words, the Taliban promised no 9/11 replay.

The framework was reached without the involvement of the Afghan government. The Taliban has said all along that it refuses to negotiate with the government, considering the government the illegitimate puppet of the U.S. occupation. By acceding to this Taliban demand, we have ourselves delegitimized the government we claim to support.

This current process bears an unfortunate resemblance to the Paris peace talks during the Vietnam War. Then, as now, it was clear that by going to the table we were surrendering; we were just negotiating the terms of our surrender. The Taliban will offer any number of commitments, knowing that when we are gone and the Taliban is back, we will have no means of enforcing any of them.

It does not have to go like this. The United States could announce that talks won’t proceed beyond the framework, to matters of substance, without the full inclusion of the Afghan government. Right now, the inclusion of the Afghans is only theoretical. We could also note that unless some other solution is found, U.S. troops will remain in Afghanistan as long as the current government wants them, protecting the United States’ national security interests and defending core values, such as women’s rights, that we have fostered there since 2001.

President Barack Obama proved in Iraq that the United States cannot end a war by withdrawing its forces — the battle space is simply left to our adversaries. In Afghanistan, President Trump has a choice. He can follow Obama’s example and leave the country to the Taliban, or he can make clear that the United States has interests, values and allies, and will stand behind them.