Home INDIA In Mughal India, Holi was celebrated with the same exuberance as Eid 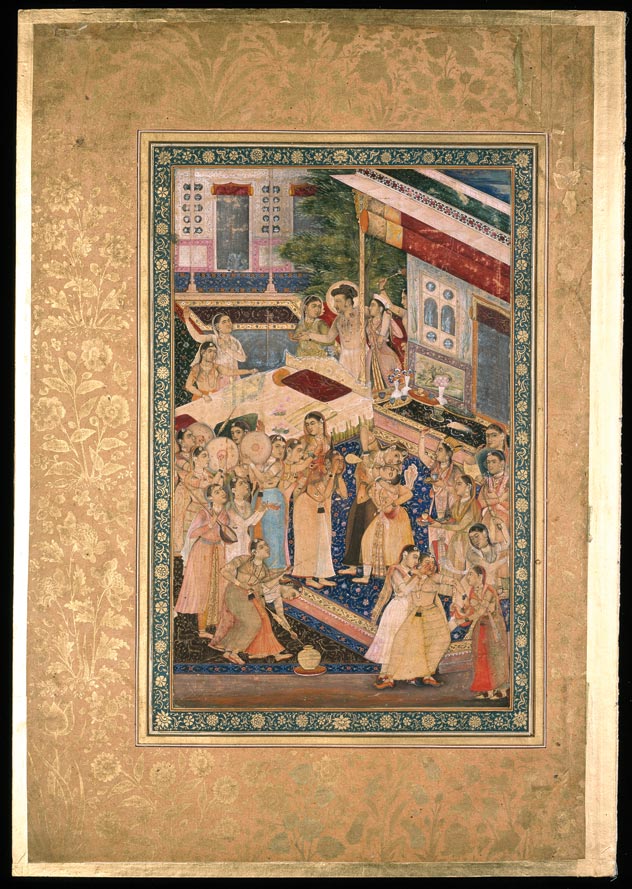 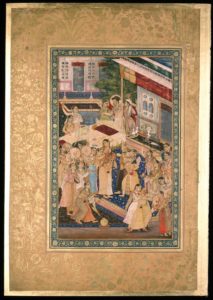 There were no barriers of caste, class or religion, and even the poorest of the poor could throw colour at the Emperor.

I start playing Holi with a Bismillah.
Covered with the light of Prophet’s name,
Showered by blessings of Allah.

When I celebrate Holi, Muslims often tell me that the practice is haram (forbidden), because colour is prohibited in Islam. But the 18th-century Punjabi mystic Bulleh Shah’s words above provide the perfect frame for the subcontinent’s centuries-old syncretic culture, our Ganga-Jamuni tehzeeb that is under threat from fundamentalists of both religions.

As it turns out, Islam does not prohibit colour: it’s just that when we perform our ablutions for namaz, water should touch the skin, so there should be no colour at that point. Wash the Holi colours away before praying, I tell the critics. It’s simple. I do it.

This fundamentalism is a recent phenomenon. In the past, the influence of the Sufi and Bhakti movements encouraged harmony between the communities.

“Holi is an ancient Hindustani festival which is played by every man and woman irrespective of religion and caste. After coming to India, the Muslims also played Holi with gusto, be it the Badshah or the Faqeer.”

Basant Panchami would signal the onset of the festivities and people would be carrying squirt guns with colours and smear gulaal (red powder) on each other’s faces. Mustard flowers would be offered in temples and abiir/gulaal would be flying in the air.

Flowers from the Tesu/Palash/Dhaak plants (flame of the forest) would be immersed in earthen water pots. It is believed that Lord Krishna played Holi with Radha using colours made from the red Tesu flower, which blooms during the spring season.

All colours used were natural and plant extracts. There were neither chemicals nor hooliganism.

Holi is one of the most delightful and colourful festivals of India. It is aimed at uniting people by forgetting their complaints and embracing one another.

The Mughal Emperor Akbar encouraged syncretism and tolerance. During his reign, all festivals were celebrated with equal gusto and it was a practice that was followed by all his successors barring Aurangzeb.

It’s Holi, Mohan, its Holi today
Who was it who came yesterday to our courtyard and swore at us
Now you hide behind your mother, far away , Oh come out Kunj Bihari

Their day is Holi, which in their belief is the last day of the year. This day falls in the month of Isfandarmudh, when the sun is in Pisces. On the eve of this day they light fires in all the lanes and streets. When it is daylight, they spray powder on each other’s heads and faces for one watch and create an amazing uproar. After that, they wash themselves, put their clothes on, and go to gardens and fields. Since it is an established custom of among the Hindus to burn their dead, the lighting of fires on the last night of the year is a metaphor for burning the old year as though it were a corpse.

Holi would be celebrated on the same scale as Eid in the Red Fort or Qila e Moalla (Exalted Palace). It was called Eid e gulaabi or Aab-e-Pashi (Shower of Colourful Flowers), with everyone joining in.

There would be melas or fairs behind the Red Fort on the banks of the Yamuna. A huge crowd would gather from the fort till Raj Ghat. The dhaf, jhanjaen, nafiri (tambourine, cymbal and trumpet) would be played and nautch girls would dance. Groups of traveling musicians and artists would gather under the Red Fort and display their tricks and talents. The mimics would imitate the Emperor, prince and princesses too and nobody would take offence.

The queens, princesses and noble women would be sitting in their jharokas (overhanging enclosed balcony) and enjoying the entertainment. The Emperor would reward these artistes handsomely.

At night, there would be a grand celebration of Holi in the Red Fort with singing and dancing throughout the night. Famous courtesans from throughout the country would come here. The most popular song would be Bahadur Shah Zafar’s Horiyan. Bands of entertainers would go around Shahjahanabad entertaining the aristocrats and the rich in their Havelis. There would be much good-natured leg-pulling with the slogan “Bura Naa Mano, Holi Hai!” Don’t take it the wrong way, it’s Holi.

Children would also go around entertaining elders with their acts. At night there would be mahfils (soirees) in the walled city with the aristocrats, traders and shopkeepers all enjoying themselves.

Bahudar Shah Zafar (1775–1862) would join the celebration with great gusto and enthusiasm and mingle with his subjects. He wrote a song for the occasion:

(Why have you squirted me with colour?
O Kunwarji I will swear at you)

(I can’t run, I am unable to run
I am now standing here and want to see who can drench me)

(After many days have I caught you, how can I let you go
I will catch you by your cummerbund and play Holi with you)

Who can play Holi with such a mischievous Kanha
My face you have coloured and my wrist you have twisted in your playfulness.

Jam-e-Jahanuma, an Urdu newspaper, wrote in 1844 that during the days of the Mughal Emperor Bahadur Shah Zafar, special arrangements were made for Holi festivities, and goes on to describe the frolicking and exchange of colour made from the tesu flowers.

When the month of Phagun shines with colour
Then see the celebration of Holi.

Mehjoor Lakhnavi (1798-1818) in his book Nawab Syadat Ali Ki Majlis-e-Holi talks of the sensuous aspect of Holi , with which many can associate today.

Roses are blooming on fairies
Preparation is on for a soiree
Clothes are smeared with colour
As bright as painted flowers.

Holi is being played at beloved Ahmad’s doorsteps
Hazrat Ali has become the colour and Hasan and Husain are playing.

Royal patrons who were mostly secular in those days like Ibrahim Adil Shah and Wajid Ali Shah used to distribute mithai (sweets) and thandai (a drink) to everyone in their kingdom. It was a common and beloved festival of all.

This is the Ganga-Jamuni tehzeeb that prevailed all over India right till the 19th century. It still does in most of India despite attempts to divide and rule.

Asidud daula plays Holi
Commoners and kings are happy after being drenched with colour.

Munshi Zakaullah (a mid-19th century Delhi intellectual) in his book Tarikh-e-Hindustani, even questions the fact that Holi is a Hindu festival and describes the Holi festivities lasting for days during the Mughal rule. There were no restraints of caste, class or religion and even the poorest of the poor could throw colour on the Emperor.

I don’t think there can be a better ending than Gauhar Jaan singing: