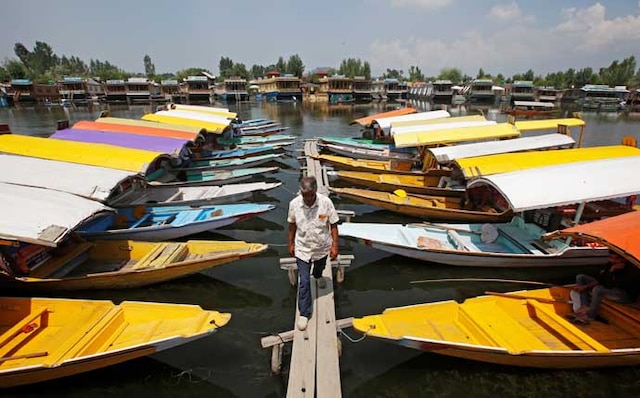 “India, that is Bharat, shall be the union of states,” says Article 1 of the Indian Constitution.

Yet, vested interests, historical blunders and political short-sightedness over a period led to a progressive hacking of the country’s synaptic connection with the state of Jammu and Kashmir.

The popular narrative in the Valley which has so far dominated the discourse has been that it is Article 370 of the Indian Constitution that connects Kashmir with India — but the reality is that it has, over the years, alienated India from Kashmir and Kashmir from India. 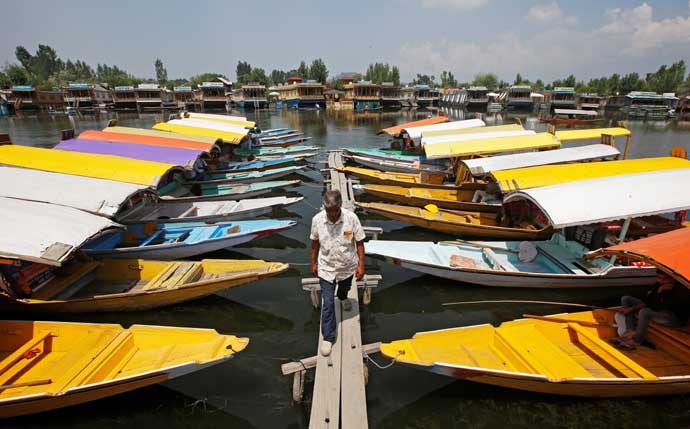 As Home Minister Amit Shah moved a resolution in the Rajya Sabha to make Article 370 inoperative in J&K, many called it a historic decision and yet many others felt it was merely a rectification of a historic blunder.

Semantics aside, this move has been overdue for 65 years.

It is this provision that has prevented the full implementation of the Indian Constitution in the state, allowing the existence instead of a separate set of laws and penal code for the state, preventing reservation provisions from being applied in jobs and education, preventing outsiders from getting education, finding jobs or owning property and deterring women from marrying non-Kashmiris.

It has been, in effect, a tool to insulate the state — and prevent its growth.

At a time when other states are vying with each other to attract investors, industries, create education hubs and promote business, the state of J&K seems to be standing in its lonely corner, unable to welcome development and frozen in time because of the presence of this inhibiting Constitutional provision.

It seems impossible today that this is the same part of India where Abhinavagupta moored Indian philosophy in aesthetics, from where the conqueror Lalitaditya ruled an empire, where Shaiv philosophy came to flower, which was home to Sharda Peeth, the foremost temple university of the subcontinent, and where Adi Guru Shankaracharya attained enlightenment. In the past seven decades, this timeless relationship was reduced to a temporary provision of Article 370.

It is also surprising how convenient some find it to forget India’s ties to J&K, reducing the issue to a timeline of half a century. There is a lobby that has advocated a brand of pacifism when it comes to J&K — it is this approach that has led to the quagmire which the region finds itself in today.

The first blunder of this pacifist brand was made by former Prime Minister Jawaharlal Nehru by taking the question of Kashmir’s status after Independence to the United Nations. But the list of wrongs done in J&K is rather long — Nehru made another major blunder by extending political shelter and protection to Sheikh Abdullah. Bringing in Article 35A by presidential order was yet another entry in this list of blunders.

For the BJP, J&K has not been a subject that meant land and borders — it has, in fact, been a far more emotive subject, symbolising the political and cultural unity of the subcontinent, its shared history, its lived narratives and its felt cultural connections. With the announcement of the abrogation of Article 370 and the bifurcation of the state, Shah has not only taken a step in the right direction but also moved to fulfill one of the long-standing objectives of his party.

National unity and integrity of India was one of the core principles for the foundation of the Bharatiya Jana Sangh (BJS), the erstwhile avatar of the Bharatiya Janata Party (BJP). At the very first convention of the Jana Sangh, a resolution was passed for the abolition of the permit system in J&K. The BJS founder SP Mookerjee sacrificed his life for the full integration of J&K with India. ‘Ek desh mein do nishan, do pradhan, nahi chalega, nahi chalega’ was the slogan with which he had marched to the state to defy prohibitory orders issued by Sheikh Abdullah.

Mookerjee later mysteriously died in a jail in Srinagar where he had been imprisoned.

The BJS and BJP passed many resolutions on this issue and raised it both inside as well as outside Parliament. Former BJP president Murli Manohar Joshi led an ‘Ekatmta Yatra’ to Lal Chowk in Srinagar and hoisted the Tricolour there.

Not many know that this yatra was managed by Prime Minister Narendra Modi himself. 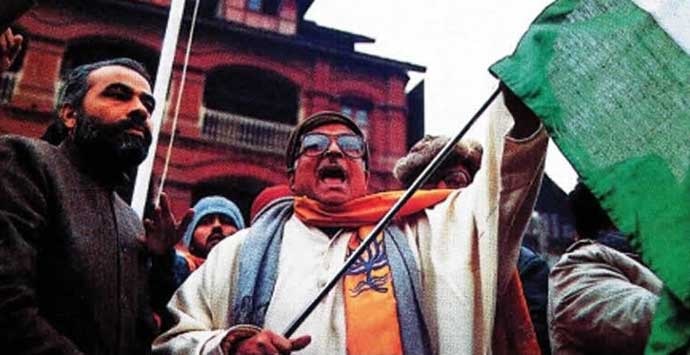 This was the period when J&K was under the dark clouds of terrorism — in 2011, stone-pelting again heralded an era of terror in different parts of Kashmir and the situation seemed to fast spiral out of control. At this time, the then-youth wing chief of the party, Anurag Thakur, who is now Minister of State in the Ministry of Finance, organised the Tiranga Yatra and entered J&K.

During his first tenure from 2014-19, Prime Minister Narendra Modi made several efforts to resolve the Kashmir problem.

It was towards this objective that the BJP formed a government in the state by taking along the People’s Democratic Party (PDP). However, this strategy did not work and the party exited the government.

The Central government, meanwhile, continued to work towards its goal by amending Article 370 to give more rights to SCs and STs in the state. Uneasy tie: The Narendra Modi govt entered an alliance with the PDP only aiming to resolve the Kashmir conundrum. (Source: IANS)

Since its inception, the BJP has been raising the issue of Jammu, Kashmir and Ladakh. Given Modi’s track record of implementing difficult tasks and delivering on his promises, his government’s current move on J&K should come as no surprise. A section of the Delhi media, naysayers and intelligentsia have been unhappy over the secrecy and swiftness with which the government executed the move — they see it as another expression of the bossy and hot-headed approach of the government.

But the fact remains that the government used this route only after exploring other political options in the state. Given the sensitive nature of the issue of Article 370, it seems to have been a wise decision to keep it under wraps. The government’s prime answerability is to the people and the place to do that is Parliament where the proposal was rightly tabled.

With no elections around and no points to score, it would be a folly to analyse this in terms of political dividends.

What has transpired now should seen for what it is — another example of assertive nationalism and Constitutional governance — and what it is aimed at — benefitting the people of J&K by making them full citizens of India and investing India fully in their future.

India has reclaimed its umbilical ties with Jammu and Kashmir.