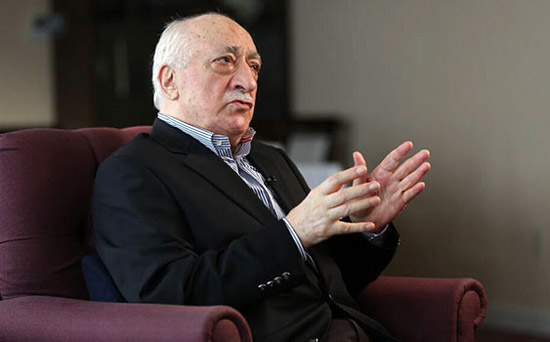 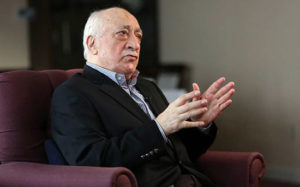 Turkey was hailed as an example for a modern Muslim democracy during the early 2000s. The current ruling party that came to power in 2002 implemented reforms that were aligned with the European Union’s democratic standards and the country’s record in human rights began to improve.

Unfortunately, the democratic reforms were short lived. The process stalled only a few years later and then around 2011, following his third election victory, then-prime minister now president Erdogan made a complete U-turn. The slide into authoritarianism have made Turkey no longer an example for other Muslim-majority countries to aspire to.

Some may view the negative example Turkey presents under Erdogan as evidence of an incompatibility between democratic and Islamic values. But that would be an erroneous conclusion.

Despite the outward appearance of Islamic observance, Erdogan regime represents a complete betrayal of core Islamic values. These core values are not about a style of dressing or the use of religious slogans. They include respect for the rule of law and the independence of the judiciary, accountability for the rulers and the preservation of inalienable rights and freedoms of every citizen. The recent setback in the Turkish democratic experience is not because of adherence to these Islamic values, but rather because of their betrayal.

Turkish society remains remarkably heterogeneous. Sunni or Alevi, Turk, Kurd or other in ethnicity, Muslim or non-Muslim, and religiously observant or secular in lifestyle Turkish citizens adhere to many different ideologies, philosophies, and beliefs. In such a society, the effort to make everyone the same is both futile and disrespectful to humanity. Participatory or democratic form of governance where no group, majority or minority, dominates the others is the only viable form of governance for such a diverse population. The same can be said of Syria, Iraq and other neighboring countries in the region.

In Turkey or elsewhere, authoritarian rulers have exploited the differences within the society to polarize various groups against each other and maintain their stronghold in power. Whatever beliefs or worldviews they have, citizens should come together around universal human rights and freedoms and be able to democratically oppose those who violate these rights.

Expressing yourself against oppression is a democratic right, a civic duty, and a religious duty for believers. The Quran states that people should not remain silent against injustice: “O you who have believe! Be persistently standing firm in justice, witnesses for God, even if it be against yourselves or parents and relatives.” (4:135)

Living according to your beliefs or worldview with the condition that it does no harm to others, and exercising fundamental human freedoms, especially freedom of speech, makes a person truly a human. Liberty is a right given by the Compassionate God, and no one—and no leader—can take that away. A person deprived of his or her basic rights and freedoms cannot be said to live a truly human life.

In the past those who studied or spoke about the Islamic perspective of politics and state made three errors: First, they confused the historical experiences of Muslims with the foundational sources of Islamic tradition, the Qur’an and the authentic sayings and practices of the Prophet (upon whom be peace and blessings of God). Historical experiences of Muslims and the verdicts of the jurists under these circumstances should be analyzed with a critical eye, and cannot be given the same status as the authentic sources of religion. Secondly, some cherry-picked verses of the Qur’an or the sayings of the Prophet (pbuh) to legitimize their perspective and pursued to impose that perspective upon people. The spirit of the Qur’an and the Prophetic tradition (Sunnah) can only be understood with a holistic view and with a sincere intention to seek out the will of God. Third, some concluded, wrongfully, that democracy is fundamentally against Islam because Islam declares God as the only sovereign whereas democracy is based upon the sovereignty of the people. No believer doubts that God is the sovereign of the universe, but this does not mean that human agency, including thought, inclinations and willpower do not exist or are excluded from God’s greater plan for humanity. Giving sovereignty to the people does not mean usurping it from God, but rather taking the right and duty to govern, which is endowed to humans by God, from a dictator or an oligarchy and giving it back to the people.

The “state” is a system formed by human beings in order to protect their basic rights and freedoms and maintain justice and peace. The “state” is not a goal by itself, but an agency that helps people pursue happiness in this world and in the afterworld. The alignment of the state with a set of principles and values is a sum of the alignment of the individuals who make up the system with those principles and values. Therefore, the phrase “Islamic state” is a contradiction in terms, an oxymoron. Similarly, since there is no clergy class in Islam, theocracy is alien to the spirit of Islam. A state is a result of a contract among humans, made up of humans, and it can neither be “Islamic” nor “holy”.

Democracies come in all shapes and sizes. The democratic ideal that underlies these forms, that no group has domination over the others, is also an Islamic ideal. The principle of equal citizenship is in alignment with acknowledging the dignity of every human being and respecting them as a work of art that was created by God. Participatory form of governance, whether it is called a democracy or republic, is much more in resonance with the Islamic spirit than other forms of government, including monarchies and oligarchies.

The present picture of Turkey’s leadership resembles an oligarchy rather than democracy. How did it go wrong?

President Erdogan has corrupted Turkey’s once-promising democracy, co-opting the state, seizing businesses and rewarding cronies. In order to consolidate enough of the public behind him to make his power grab, he has declared me and Hizmet movement participants the enemy of the state, blaming us for every negative incident in the country in the recent past. This is a textbook example of scapegoating.

The government under President Erdogan has pursued me and also hundreds of thousands of other people—critics of all stripes, but especially from the peaceful Hizmet movement. Environmental protesters, Journalists, Academics, Kurds, Alevis, non-Muslims, and some of the Sunni Muslim groups who have been critical of Erdogan’s actions have had their share of consequences of his political agenda. Lives have been ruined through sacking, confiscating, jailing, and torture.

Due to the ongoing persecution, thousands of Hizmet volunteers have sought asylum in around the Globe, including France. As new residents, they must abide by the laws of these countries, help find solutions to problems of those societies and lead an active struggle against the spread of radical interpretations of Islam in Europe.

Back in Turkey, a vast arrest campaign based on guilt by association is ongoing. The number of victims of this campaign of persecution keeps increasing, with over 150,000 losing jobs, over 200,000 detained and over 80,000 arrested and jailed. People who are targeted by politically-motivated prosecution and who want to leave are deprived of their fundamental right to leave the country as their passports are cancelled. Despite setbacks due to military coups, Turkish Republic has been on a path of continuous improvement in democracy since its beginning in 1923. Erdogan is draining the reputation that the Turkish Republic has gained in the international arena, pushing Turkey into the league of nations known for suffocating freedoms and jailing democratic dissenters. The ruling clique is exploiting diplomatic relations, mobilizing government personnel and resources to harass, haunt and abduct Hizmet movement volunteers all around the world.

In recent years, and in the face of such persecutions, Turkish citizens have remained relatively passive in conveying their democratic demands to their leaders. Concern for economic stability is one possible reason for this behavior. But if we backtrack from today, we can see that there is also a historic reason.

Despite the fact that democratic governance has been an ideal of Turkish Republic, democratic values have never been systematically ingrained into the Turkish society. Obedience to a strong leader and the state have always been a strong theme in educational curricula. The military coups, which happened almost every decade, did not give democracy a chance to take hold and progress. Citizens forgot that the state existed for the people and not vice versa. It can be argued that Erdogan took advantage of this collective psyche.

Turkish democracy may be in a coma due to the current leadership but I remain optimistic. Oppression does not last for too long. I believe that Turkey will one day return to the democratic path. However, for democracy to take root and be long lasting, several measures need to be taken.

First of all, the school curricula should be reevaluated. Topics such as equal rights for all citizens and fundamental human rights and freedoms should be taught to students in the first years of school so that they can be guardians of these rights when they grow up. Secondly, there is a need for a constitution that does not allow for either the minority or the majority’s domination and protects in every situation the fundamental human rights referred to in the United Nations’ Universal Declaration of Human Rights. Civil society and free press should be protected by the constitution to flourish and be part of the checks and balances against the state power. Thirdly, opinion leaders should emphasize democratic values in their rhetoric and action.

Turkey has now reached a point where democracy and human rights are put aside. It appears to have lost a historic opportunity to achieve a democracy by the standards of the European Union with  a majority Muslim population.

The leaders of a country are like the cream on top of a liquid. The cream is made of the same ingredients as the liquid underneath it. Leaders of a society, possibly with some level of inaccuracy or delay, reflect the beliefs and values of a society. I hope and pray that the recent sad experience of the Muslim majority countries lead to an awakening in the collective consciousness to produce democratically minded leaders and governments that uphold not only free an fair elections, but all fundamental human rights and freedoms.