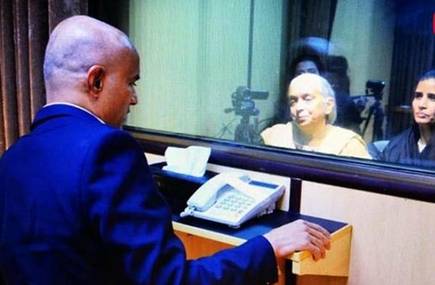 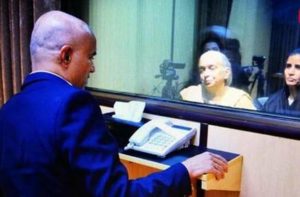 At the ICJ, India has questioned quasi-judicial trial and lack of consular access

The International Court of Justice (ICJ) in The Hague will pronounce its judgment in the Kulbhushan Jadhav case at 3 p.m. (6.30 p.m. IST) on Wednesday in the Peace Palace in the Netherlands.

According to an ICJ statement, the President of the UN judicial organ Judge Abdulqawi Ahmed Yusuf will deliver the judgment. Fifteen other judges on the panel — including the representative from Pakistan — will either concur fully with the final verdict or read out supporting or dissenting opinions. Officials familiar with ICJ workings say the process could take anything from a few minutes to more than an hour.

Indian officials say they hope to see the ICJ adjudge the 2017 trial of Mr. Jadhav rule the death sentence delivered to the former Indian Naval officer by a Pakistani military court as “illegal”, and order a retrial. Pakistan, on the other hand, remains hopeful that the Indian petition at the ICJ will be dismissed.

The verdict will bring to a close India’s two-year long quest for a reprieve for Kulbhushan Jadhav, who, the government believes, was convicted falsely on charges of terrorism in Pakistan.

While Pakistani prosecutors maintain that Mr. Jadhav was a “spy” in Balochistan province, India has consistently held that he was working as a businessman in Iran, and was kidnapped by Pakistani agencies.

India has taken a two-pronged approach in the case: pleading that the Jadhav trial held in a military court was only quasi-judicial and hence lacked internationally recognised procedures, and that Pakistan had violated the Vienna convention on consular relations that stipulates that foreign nationals under trial be offered consular access.

Pakistan has said it will behave “responsibly”, but has given no undertaking that it would accept an adverse verdict. Pakistan’s Foreign Affairs spokesperson Mohammad Faisal said he would not comment on the matter, but hit out at India for “state terrorism”.