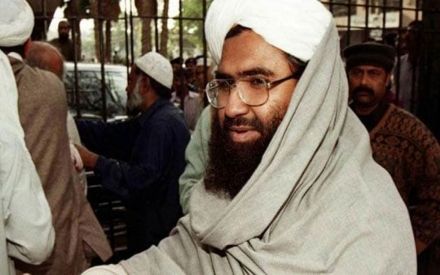 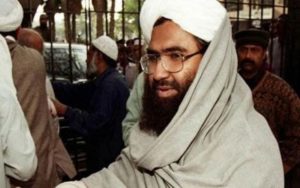 JeM chief Masood Azhar was among the 10 people allegedly injured after a “huge” blast rocked a military hospital on Sunday, according to Pakistani Twitter users. A human rights worker from Quetta, Ahsan Ullah MiaKhail, has alleged that the army has barred the media from covering the incident, news agency ANI reported. He also claimed that UN-blacklisted terrorist and Jaish-e-Mohammed (JeM) chief Masood Azhar was admitted at the hospital where the blast occurred.

In what came as major diplomatic victory for India, Jaish-e-Mohammed chief Masood Azhar listed as a ‘global terrorist’ by the UN Security Council. The development came after China, after blocking New Delhi’s efforts four times, finally backed the latter’s bid at the UN.

China removed its hold on the proposal, which was moved by France, UK and the US in the Security Council’s 1267 Al Qaeda Sanctions Committee in February just days after the horrific terror attack against Indians security forces in Pulwama carried out by Pakistan-based terror outfit Jaish.

China had put a technical hold in March on a fresh proposal to impose a ban on the head of Pakistan-based JeM which claimed responsibility for the deadly Pulwama terror attack.