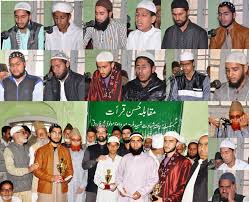 The ‘Hafta-e-Shahadat’, also known as ‘Hafta-e-Shuhada’ (the week of martyrs)—the death anniversary of ‘Shaheed-e-Hurriyat’ Khwaja Abdul Ghani Lone and Mirwaiz Maulvi Muhammad Farooq or ‘Shaheed-e-Millat’ —has commenced from May 18 in the valley of Kashmir. But those who commemorate the ‘Hafta-e-Shahadat’ have consciously or unconsciously missed out an honest appraisal about the brutal assassination of the two top Kashmiri leaders.

‘Hafta-e-Shahadat’ is the opportune time for all separatist outfits to turn inward and introspect. The commemoration should not be confined to only online or on-site agitations, taking out processions, rallies or protests. On this occasion, the most important thing to do is an honest and candid exposition of the hidden truths in the killings of Kashmir.

There was a deafening silence from the separatists when the Hurriyat leaders were mercilessly killed by the terrorists back in 1990. Much damage has already been done and a huge price will be extracted once again if the truth is not told. Most of the Kashmir carnages are direct or indirect result of a plethora of misinformation being spread by vested interests bred by the cross-border forces.

This occasion of the ‘Hafta-e-Shahadat’ must open the conglomerate to introspection and self-assessment on these questions:

Can anyone among them do an independent review of the gruesome assassination of ‘Shahheed-e-Hurriyat’ or ‘Shaheed-e-Millat’ without blindly accepting the dictates of Pakistan’s army or ISI (Inter-Services Intelligence)? How many hidden truths such as this are lingering in the political closet of the separatist leadership in the valley? What is the attitude of the separatist leaders towards the security of the region at a time when the criminality of terrorists gets exposed?

On May 21, a commemoration will be observed across Kashmir in memory of ‘Shaheed-e-Millat’, ‘Shaheed-e-Hurriyat’, martyrs of Hawal massacre and all other martyrs of Kashmir and a congregational Fatiha Khawani will be held at martyrs’ graveyard. Eventually, the Kashmiri leaders, as usual, will again take a pledge to carry on the ‘peaceful struggle’ for the right to ‘self-determination’. They would again call all such gruesome murders as a ‘state-sponsored conspiracy’ to derail the ‘armed struggle’.

But regrettably, no one would tell the common people in Jammu & Kashmir about the real culprits and terrorists who crush down every voice of reason in the valley.

In 2011, almost two decades after the assassination of the Mirwaiz, the prominent Hurriyat leader, Abdul Ghani Bhatt, admitted that the killing of many Kashmiri leaders, including the Mirwaiz, Abdul Ghani Lone, his own brother Mohammad Bhatt and Professor Wani was the handiwork of terrorists. “Lone sahib, Mirwaiz Farooq and Prof. Wani were not killed by the army or the police. They were targeted by our own people. The story is a long one, but we have, to tell the truth,” he said.

This admittance was corroborated by the facts brought out by Wikileaks which said that ISI had a direct hand in the killing of prominent personalities in Kashmir. Wikileaks quoted a US cable as saying that an Al Qaeda terrorist arrested in 2002 had given this information when interrogated. Notably, the targets in India, according to the terrorist, were chosen by the Pakistani Army. This acknowledgment sent shock waves outside the valley, but the common Kashmiri people have been kept in the darkness about all this, as the separatist leaders continue to mislead them to achieve their own vested political interests. They are just offered the beautiful recitation of the holy Qur’an and special payers to mark the commencement of “Hafta-e-Shadat”, while being kept in darkness about the real motives behind the brutal murder of the Kashmiri leaders, Mirwaiz Maulvi Muhammad Farooq and Khawaja Abdul Ghani Lone and victims of Hawal massacre of May 21, 1990.

On April 2011, a similar brutal murder of a religious leader—Maulana Shaukat Ahmed, the soft-spoken, 55-year-old chief of the Jamiat-e-Ahli-Hadees (JAH)—was witnessed. Maulana was a man of conviction who did not hesitate from speaking the truth. He held pro-freedom views but was also very vocal against all forms of violence in the valley. Therefore, he openly denounced stone pelting and other such disruptive activities as completely “un-Islamic”. Maulana Shaukat also issued Fatwas against the acts of violence in Kashmir. Unfortunately, he faced the ire of the separatist leaders like Syed Geelani and other terrorist organisations. But ironically, after Maulana’s gruesome assassination, conspiracy theories from the separatist leaders abounded. Geelani said the killing was “the handiwork of the anti-Kashmiri and anti-Islam elements”. Significantly, Maulana Shaukat Ahmed was the first to demand an inquiry into the killings of Mirwaiz Farooq and Abdul Ghani Lone. It was as a follow-up to his statements that Abdul Ghani Bhat openly said that these leaders had been killed by “our own men”.

But tragically, even the Islamic clerics, Imams and other prominent local leaders and scholars are brutally killed if they speak out the truth.