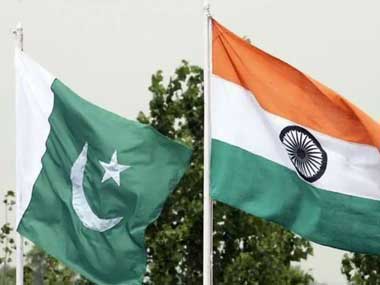 Pakistan has reportedly shared an intelligence input with Indian authorities about a potential terror attack in Kashmir. The input about al-Qaeda’s plan to carry out the terror attack in South Kashmir’s Pulwama district, either before or during the Amarnath Yatra, to avenge the killing of terrorist Zakir Musa has prompted a high alert in the Kashmir Valley.

Musa, who was the chief of a local terror group – Ansar Ghazwat-ul-Hind – affiliated to al-Qaeda, was killed recently  in an encounter with security forces engaged in counter-insurgency operations. Before forming his own terror group, Musa was previously heading Hizbul Mujahideen, following the fateful elimination of terrorist Burhan Wani in 2016.

It would be premature to call the intelligence sharing a ‘game changer’ in India-Pakistan ties marked by decades of suspicion and hostility. And this is not the first reported case of Pakistan sharing intelligence with India. In 2016, Pakistan’s then national security advisor Naseer Janjua conveyed an intelligence warning to his Indian counterpart, Ajit Doval, about a possible 26/11-style suicide attack on religious processions in Gujarat during Maha Shivratri celebrations. Taking this input seriously, India ordered a massive mobilisation of state police with deployment of the National Security Guard (NSG) units. Before that, India’s Research and Analysis Wing (R&AW) had reportedly provided the details of intercepted phone calls to Pakistan’s Inter-Services Intelligence (ISI) which predicted an attempt to assassinate Pakistan’s then president, General Pervez Musharraf, on 15 December, 2003. This timely tip-off from India had succeeded in saving Musharraf’s life. Then chief of the ISI Ehsan-ul-Haq later called up the chief of R&AW CD Sahay to pass on a message of gratitude from Musharraf.

The latest intelligence input from Pakistan has understandably attracted considerable attention in Indian press. There is speculation that sharing of such intelligence could lead to a gradual normalisation of ties and resumption of dialogue between the two countries. However, there does not seem to be any such immediate possibility, given the Narendra Modi government’s firm belief that Pakistan is yet to take visible, unequivocal and irreversible measures against terrorism.

What has prompted Pakistan to share intelligence inputs with India when the Modi government has consistently rebuffed several overtures of the beleaguered Imran Khan government? There are two possible interpretations. One is that Pakistan government wants to avoid being blamed for a terror attack if it does take place and is traced to terrorist groups inside Pakistan. Besides ‘play safe’ logic, it would also earn goodwill for the Pakistani regime under immense international pressure; it was due to concerted global pressure on Pakistan’s chief patron and “all weather ally”, China, which eventually led to consensus at the United Nations to blacklist Masood Azhar, chief of the Jaish-e-Mohammed.

The second interpretation is about Pakistan’s own insecurity about terrorist groups over which it has no control, such as TTP, al-Qaeda and Islamic State. Since this input specifically talks about a potential terror attack by a local Kashmiri group affiliated with al-Qaeda, Pakistan stands to gain by showcasing its eagerness to work jointly against terrorism.

Another interpretation is that Pakistan’s growing international isolation and mounting economic woes may have compelled its security establishment to seek constructive engagement with India. However, there is justifiable reason for scepticism regarding this notion that Pakistan is willing to shed its reliance on terrorist groups to support its lopsided national security objectives. It would take a huge leap of faith to believe that Pakistan is ready to turn on its non-state violent proxies.

It needs no elaboration that Pakistan has been using terrorists and infiltrators against India ever since it was created. Acutely aware of India’s strengths, Pakistan has sought to compensate for its inferiority in conventional military power by asymmetrical means; this logic led Pakistan to acquire nuclear weapons after its defeat and division in the 1971 war with India. Pakistan trained Khalistani terrorists and pushed them into Punjab in the 1980s. After the failure of this strategy, Pakistan began sending jihadists into Jammu and Kashmir since 1989, and the strategy continues to this day.

Pakistan’s use of cross-border terrorism and its doomed quest for strategic parity with India have actually proved counterproductive, with almost opposite outcomes of what Pakistan’s security establishment imagined. But Pakistan has refused to draw the right lessons. Pakistan’s steady slide into chaos, the mainstreaming of jihadists and the diminishing writ of the state clearly indicate that support for cross-border terrorism could grow rather than reduce in the future. The institutional interests of Pakistan’s security establishment are served only in controlled confrontation with India, and terrorist groups play an important role in targeting India.

By his hardline approach during the February 2019 Pulwama crisis and the election campaign, Modi may have reinforced his image of a leader who will never compromise on national security issues, but there seems to be a growing realisation in India’s policy-making circles that this is a long conflict that cannot be solved easily. Therefore, to the extent that intelligence warnings from Pakistani agencies can help mitigate terrorist threats in India, they are certainly welcome. But to suggest that these intelligence inputs herald a change in Pakistan’s anti-India mindset would stretch credulity.