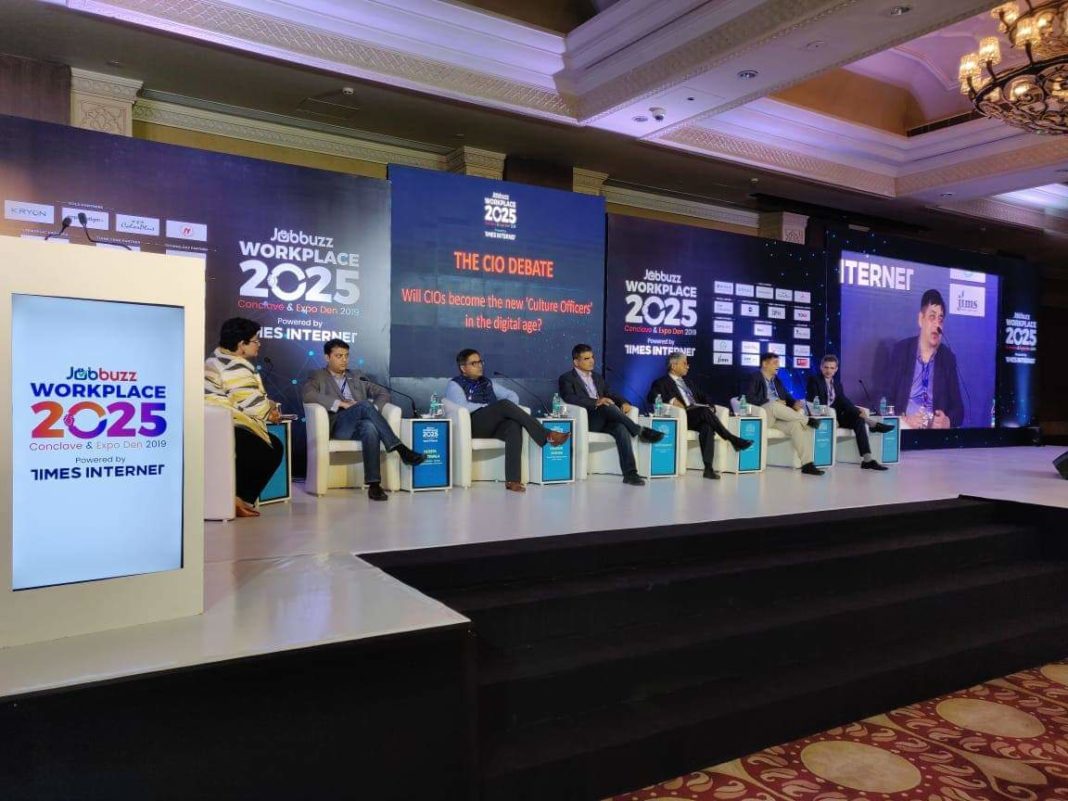 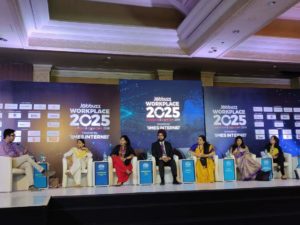 New Delhi, September 2, 2019: With technology becoming central to all functions and processes and most organisations, the skills needed to accomplish the tasks and the corresponding job requirements have changed drastically. This has resulted in the talent transformation becoming a central debate in most boardrooms. To understand how technology is transforming the talent needs at workplaces, employer rating platform JobBuzz recently organised a day-long conclave titled ‘JobBuzz Workplace2025 Conclave’ powered by Times Internet.

In its second edition, the event ignited a debate on the changes expected at workplaces and consequently the new-age skills that could become imperative requirement at workplaces. Similar to the first edition, Gautam Sinha, CEO, Times Internet kick started the event with his welcome speech, followed by the keynote address by industry veteran Ronnie Screwvala, co-founder and chairman, upGrad and special industry address by HR thought leader Vineet Nayar, founder and chairman, Sampark Foundation.

“I love coming back to this forum because ‘workplace’ as a topic is very close to my heart. It explores the connection between the two critical aspects for any business – first, being the people who drive it, and second is the technology which facilitates the business offerings.  The JobBuzz Workplace2025 Conclave explores the underlying connection between these two aspects,” said Gautam Sinha, CEO, Times Internet.

The highlight of the event was an expansive demo zone where more than 30 companies displayed their HR tech solutions to the audience.

“The speed at which the workplaces are transforming is phenomenal. Who would have thought five years ago that companies will use video cameras to mark employee attendance and gauge employee sentiments right at the moment when an employee walks into the office? Today, an IT giant is already doing this. This, and many more changes are coming in quickly. To understand how technology is transforming the way we work, the workforce, the workplaces; and to help employers engage with their employees better, JobBuzz launched the Workplace2025 Conclave last year. This year’s edition took this discussion to a notch above,” said Sanjay Goyal, Business Head, TimesJobs & JobBuzz.

Speaking about the concept of workplace2025, Ronnie Screwvala shared, “In this age of technological change accompanied by talent shortages, mass unemployment and growing inequality, it is critical that businesses take an active role in supporting their existing workforces through reskilling and upskilling. Going forward, as an economy and as individuals – leaders, professionals and even student; we need to provide stimulus to a class of entrepreneurialism, where IDEAS count more than cost leverage and CREATIVITY becomes the only currency of competitive advantage.”

Discussing the workplace2025 concept, Vineet Nayar said, “While technology is making managing obsolete, the task of leading and inspiring remains an open field. Skills such as problem solving, collaboration, design thinking, creativity and learning agility, will gain currency as artificial intelligence takes care of mechanical and repetitive jobs. Robots will solve knowledge problems at a fraction of the time it takes a human being, and so humans have to learn the art of not just applying knowledge to solve real-world problems but also inspiring others around them to do the same.”

The 2019 edition of JobBuzz Workplace2025 Conclave & Expo Den brought together more than 70 speakers, 728 HR leaders, influencers, practitioners at the event. The event was marked by felicitation of new-age workplaces in the evening. The JobBuzz New-Age Workplace Awards honoured companies doing outstanding work in 17 different categories.  The awards ceremony was marked with an impactful performance by the ‘Dance Out Of Poverty’ group. This group brings together talented kids from the marginalised section of the society, who are determined to showcase their talent to the world. All the business leaders present at the awards function encouraged the group with their thunderous applause.