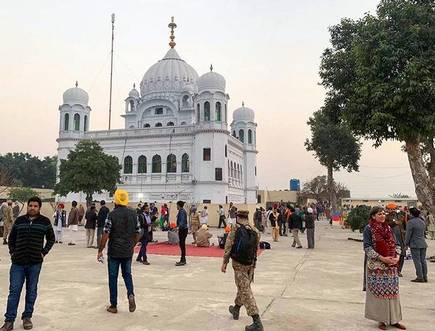 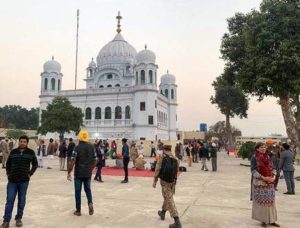 Pakistan on Sunday agreed to give year-long visa-free access for Indian pilgrims to the holy Gurdwara of Kartarpur Sahib.

The Ministry of External Affairs said in a statement that the agreement
was reached at the second formal meeting held at Wagah, at which India took up the presence of Khalistan supporters in Pakistani territory. “It was agreed to allow visa-free travel for the Indian passport-holders and OCI card-holders seven days a week. Throughout the year, 5,000 pilgrims will be allowed to visit the Kartarpur Sahib Gurdwara per day. The pilgrims will be allowed to travel as individuals or in groups and also on foot,” the statement said.

India proposed that the holy shrine be open to Indian citizens of all faiths. However, a message from the government of Pakistan reiterated that there will be provision for a permit system for the pilgrims travelling through the religious corridor.

“Concerns regarding individuals or organisations based in Pakistan who may try to disrupt the pilgrimage and misuse the opportunity to play with the sentiments of the pilgrims was shared. A dossier was handed over to the Pakistan side to highlight concerns in this regard,” said the statement, without naming the Khalistan supporters.

The Indian team, consisting of delegates from the Ministry of External Affairs and the Ministry of Home Affairs, cautioned Pakistan against building an earth-filled embankment that could create flooding problems at Dera Baba Nanak inside India.

Sunday’s discussion highlighted the preparatory work under way on both sides of the border for the 550th birth anniversary of Guru Nanak, the founder of Sikhism. India claimed that significant progress had been made in building the infrastructure needed to handle the pilgrims from India and abroad and said infrastructure on the Indian side would be able to handle 15,000 pilgrims a day. The work is expected to be completed by October 31, a week before the celebrations are expected to begin.

India also urged Pakistan to allow ‘Nagar Kirtan’ from Delhi to Nankana Sahib in Pakistan in July and during October-November 2019 as part of the celebrations to mark the birth of the first Sikh Guru.

Maat Highlights the Dangers of Drones to Civilians