Home Jammu and Kashmir Kashmir Movement: Silencing of Dissent, Shaping of Narrative (I) 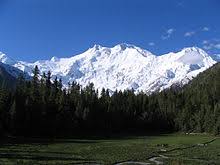 The scars of partition of Indian sub-continent on religious ideology are still visible in “Heaven on Earth” that is Kashmir. Even before the countries of India and Pakistan came into existence their desire to control strategically located Kashmir Valley became visible in the diplomatic efforts. Both India and Pakistan entered into standstill agreements with Maharaja Hari Singh the then Monarch of the state of Jammu and Kashmir.
Whereas Indian establishment honored the agreement, Pakistan on the other hand became restless, fearing the loss of Kashmir (Muslim majority) to India on the lines of Hyderabad. Moreover, Pakistan had successfully acceded Baluchistan through military action. Pakistan gambled on the pretext that Muslim majority population of Kashmir will rise against the Hindu Maharaja and hired the battle hardened tribes of FATA to accede Kashmir for the Pakistani state. In fact, Pakistan misled itself not only in 1947 but also in 1965, when Kashmiri masses discarded its theory of unification on religious ideology.
In the coming decades, Pakistan became accomplice to the designs of USA in defeating USSR forces in Afghanistan through religious indoctrination of its own masses and soldiers. Finding success in Afghan adventures, the Pakistan still obsessed with Kashmir, planned to divert its readily available religious soldiers (Mujahids) to win over Kashmir for them. The elections of 1987 (defeat of MUF) provided a fertile ground for the same. The dissented Kashmiri youth were recruited and trained to overthrow the Indian control from Kashmir. The idea of independence was sold at nooks and corners of Kashmir to every person. But, Pakistan soon realized that sold dream has become a hindrance in realizing of their own agenda of unification of Kashmir with Pakistan. And a new game plan was devised to silence those voices of Kashmir who are not in sync with their agenda.
A reign of terror, through various armed Kashmiri youth organisations functioning on the instructions of Pak ISI, was unleashed on the intelligentsia of Kashmir. Killings of social workers, civil society members and journalists became the norm. The most prominent of them was the gunning down of Mirwaiz Moulvi Mohammed Farooq on May 21, 1990. He was the tallest religious leader of Kashmir and was respected and revered by all. He became the target of Ashiq Ahmed Fakhtoo of Jamait-ul-Mujahideen, for not falling in line with the Pak dictats and pursuing his own way of political struggle (through Awami Action Committee) for securing rights for the Kashmiris. It is ironic that his own son, instead of questioning the Pak hand in his father’s killing is blaming the Indian state. The only blame that he can fix on India is that of absence of elaborate security measures for his father, as enjoyed by him. In the coming years concerted efforts by Pak ISI were made to build a false narrative around the death of Mirwaiz Moulvi Mohammed Farooq, as martyr on the hands of Indian agencies. Abdul Gani Bhat who was Chairman of Hurriyat Conference, in 2011 accepted in a seminar that killing of Mirwaiz Moulvi Mohammed Farooq was an insider’s job. The decades of turmoil and secrecy shrouding the functioning of Kashmiri struggle has forced Kashmiri to believe hearsay more, rather than the facts.