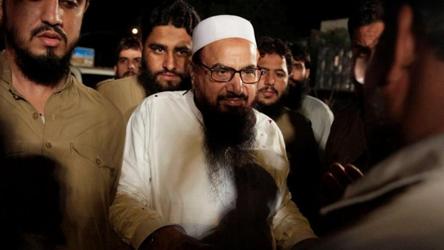 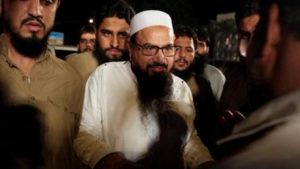 The Lashkar-e-Taiba (LeT) is working closely with Islamic State in Afghanistan and has drawn up plans with the Pakistan Army to target Indian and US assets and interests in the war-torn country, people familiar with developments said on Monday.

During a recent meeting between LeT operatives and a team of Pakistan Army and the country’s spy agency Inter- Services Intelligence in Jaba area of Dangam district in Kunar province, the terror group was directed to attack Indian and US assets, the people, including intelligence officials and diplomats in New Delhi and Washington, said on condition of anonymity. LeT commanders were tasked to carry out different types of attacks, including with suicide bombers sent from Pakistan, they added. The move comes at a time when Pakistan is under intense pressure from the US and the Financial Action Task Force (FATF) to crack down on LeT and other groups such as Jamaat-ud-Dawah (JuD) and Jaish-e-Mohammed (JeM). LeT founder Hafiz Saeed was recently arrested on terror financing charges.

This also coincides with reports by the Pentagon and a UN panel about the presence of hundreds of LeT cadres in Afghanistan. The Pentagon report put the number of LeT operatives at 300, while the UN report said 500 fighters are active in Kunar and Nangarhar provinces alone.

“LeT’s presence in Afghanistan has been observed to be steadily on the rise. According to recent inputs, Hafiz Saeed’s son Talha Saeed is taking more interest in operational affairs in Afghanistan,” said an official who didn’t want to be named. The information on LeT activities has been shared with the US and Afghanistan.

The reasons for LeT focusing on Afghanistan are strategic rather than ideological, including the creation of safe havens for its fighters and a belief the Taliban are in a commanding position, the people said. With its fighters easily crossing the porous border, LeT wants to take credit for an “Islamic victory” in Afghanistan and has been increasing its presence in Kunar, Nangarhar and Nuristan, they said.

The presence of LeT fighters has also been reported in Badakhshan, Laghman, Kabul, Ghazni, Wardak, Paktia, Paktika, Khost, Kandahar and Helmand provinces and it maintains good relations with IS, the people said. The IS has provided tacit support for LeT to increase its presence, they added. While the LeT has so far avoided carrying out direct attacks in Afghanistan, it coordinates with al-Qaeda and Taliban in attacks on foreign and Afghan forces. The UN panel had also reported the LeT was a key provider of fighters, weapons and finance for the Taliban and Haqqani Network.

The JeM, which has traditionally had strong ties with the Afghan Taliban, has also stepped up its operations in Afghanistan and its cadres are fighting under the leadership of the Taliban, the people said. These cadres include a significant number of battle-hardened JeM militants and suicide bombers from Pakistan’s Punjab and Khyber-Pakhtunkhwa provinces, they said.

The JeM leadership also conducts its own operations in Afghanistan that are directed from a base in Peshawar, the people said.

JeM has also set up another front in Quetta that is used for attacks in Afghanistan’s Ghazni provinces. JeM currently has its cadres in Nuristan, Kunar, Laghman, Khost, Ghazni, Geelan, Helmand and Nangarhar areas.