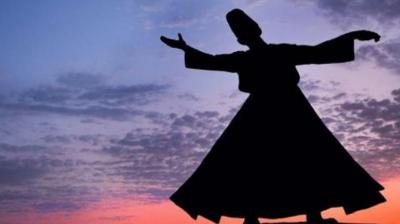 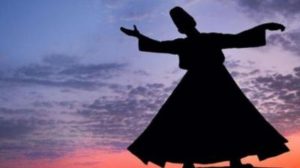 Kashmir’s Hamza Makhdum, popularly known as Makhdum Sahib and Sultan-ul-A’rifin (king of the realised saints), is venerated in the Valley as the “Beloved of the World” (Mahbub-ul-Aalam). The 16th century pioneer of the Suhravard? Sufi order in Kashmir belonged to a Chandravanshi Rajput family, and was born in a village near Sopore in Baramulla district. His spiritual hospice (Khanqah) and shrine is on top of the Hari Parbat (Koh-e-Maran), commanding a majestic view of the most beautiful part of Srinagar. According to several historians, Makhdum Sahib’s family were descendants of Kangra’s Rajput rulers, through Ramchandra — commander-in-chief in the army of Raja Suhadev, the last Hindu ruler of Kashmir, and minister in the court of Rinchen Shah, the first Muslim king of Kashmir.

Makhdum Sahib’s entire lineage was known for an intellectual legacy and an ethics-based spirituality (Tariqat). In his childhood, his father Usman Raina, himself an acclaimed A’alim (scholar) taught him and then enrolled him in a Maktab at his village. Later, his grandfather, Reti Raina, took him to Srinagar, where he studied the classical Islamic sciences — from the Quran, Hadith, Kalam (philosophy), Fiqh (jurisprudence) to Sufism at Dar al-Shifa in Srinagar. Over there, Makhdum Sahib acquired the knowledge and gnosis of 14 different Sufi branches, but in his later life, he was more inclined towards the Suhrawardi Silsila (Sufi order) and treaded the spiritual path popularly known today as “Mahbubiyya Silsila” named after his epithet Mahbub-ul-Aalam (Beloved of the World). Thus, Makhdum Sahib became the first saint in the Valley who strengthened the common grounds for spiritual coexistence between the Rishis and Sufis in Kashmir.

Mahbub-ul-Aalam stressed the regular spiritual practice of Zikr-e-Qalb (inward remembrance of the Divine). He did not like the idea of outward flaunting of Zikr and, therefore, he exhorted Sufi music (Sim’a) only within the prescribed limits. Mahbub Sahib is also known for questioning the prevailing social customs and several superstitions like the blind faith in ghosts and the veneration of the spirits (muwakkils). Similarly, he did not reconcile with the idea of non-Suhrawardi orders about the seclusion and renunciation of the worldly life. He contended that the renunciation does not imply going naked or forsaking worldly responsibilities. His idea of renunciation was one in which a seeker becomes more sincere on his/her path to the extent that even enormous wealth does not turn into an obstacle. He was one of the rarest Rishi-Sufis in the Valley who were sociable and accessible. Prior to him, the Sufi mystics in the Valley did not seem to have made significant social networks with the commoners. But Mahbub Sahib established a stronger base at the societal level and thus became the Mahbub-ul-Aalam (Beloved of the World) in the true sense.

Mahbub Sahib met the Lord at the young age of 35 and he had lost all his teeth and all his hair had turned white. He would say: “The pain of love (gham-e-’ishq) has turned me old”.