Home OPINION ”Modi Vs Who?” This Is My Answer – By Tejashwi Yadav 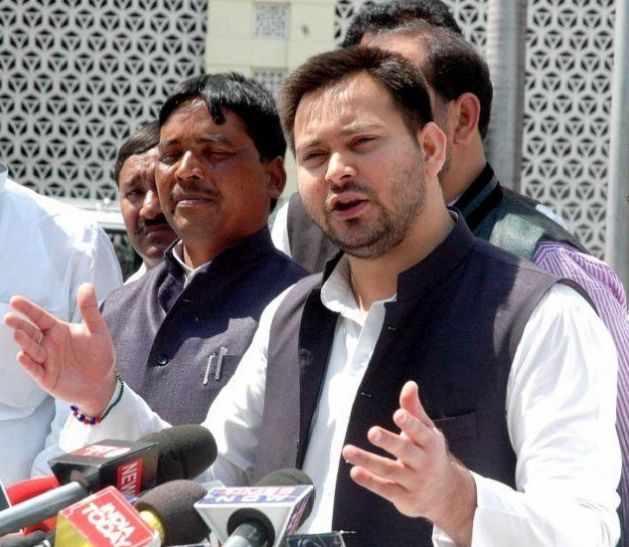 The results of five states (I’m not confining myself to just the three big Hindi heartland states where people flat out ended 15 years regime of BJP and didn’t consider the party seriously at all in Telangana and Mizoram) is evidence that voters are fed up of empty promises and can see through jumlas. These defeats for the BJP come at a time when Prime Minister Narendra Modi and BJP President Amit Shah were confident of victories – and they are an indication of more to follow.

Modi and Shah are clearly disturbed by all this. Else, how does anyone explain the prices of diesel and petrol being increased since Wednesday? Or the frenzy over cow protection and temple construction subsiding when the last vote is cast?

First, I would like to congratulate the voters and people of five states for rejecting the BJP and that too so convincingly. I would also like to congratulate Congress President Rahul-jiand his entire team of party leaders and workers who pulled off victories in three states and outsmarted and outmaneuvered the BJP in every department of electioneering. Thank you for marking the 2019 election as now wide open. Anyone can make out that the Congress party has at long last got its mojo back and the parliamentary elections that are due soon will relegate the Modi-Shah era to a thing of the past.

I know a lot of leaders and BJP workers are still confident of this: Modi vs Who? They feel he still has no match. My reply is this: the last election was all about Narendra Modi; the people this time have just one question – “kya hua, tera vaada?” He pleaded, “You gave 60 years to others, please give me 60 months” and people willingly gave him a shot at governing the nation. Now he has to explain why he was not able to deliver on his promises – to give jobs to 2 crore unemployed youths, to bring back black money from abroad, to rescue farmers from their distress and crisis.

Separately, I am happy to take a sample of water from the Ganga to see how much cleaner it has become courtesy his government.

Even his own party’s rank and file are admitting that under delivery’s becoming their weakest point. Coupled with their arrogance and their brazen misuse of power to intimidate political rivals, they have created a great sense of distrust. If Modi is re-elected, he will try to change the constitution as already he has played havoc with all our institutions whether it is the RBI, CBI, judiciary, or media.

As far as our strategy’s concerned, I would like to reiterate that a nationwide alliance against the Modi-led NDA seems optimistic, assuring and encouraging. The Congress, being the party with national acceptance and maximum footprint in the opposition, is undoubtedly best-equipped to lead the opposition’s charge against the BJP or NDA. However, the Congress and Rahul-ji will have to handle their leadership role with large-heartedness and play a proactive role by accommodating regional parties with their agenda In states where Congress don’t have a robust base, it must allow regional outfits state to occupy the frontal-attack position against the BJP. Moreover, regional parties have a greater ability to transfer votes. We are concentrating on winnability, hence the coalition must be decided state-wise, seat wise.

(Tejashwi Yadav is leader of opposition in the Bihar assembly and RJD’s chief ministerial candidate for 2020.)