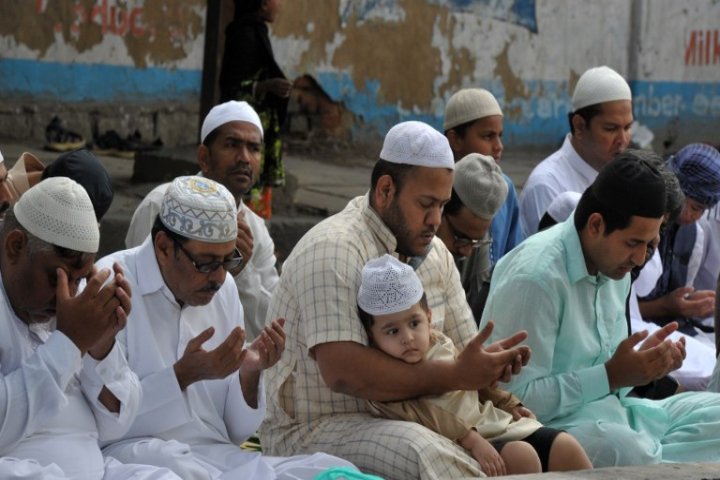 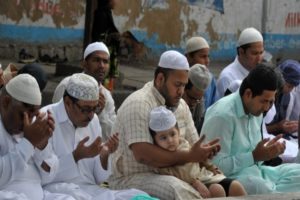 Muslim community activists have launched a movement against big spending on lavish marriages and excessive pilgrimage (Umrah) to Makkah and Madina.

Faizur Rahman, an Urdu-speaking native of Chennai, is an executive committee member of Harmony India, an organisation to promote secularism and communal harmony which is headed by Mr. N. Ram, the Editor-in-Chief of The Hindu. He is also the founding secretary of Forum for the Promotion of Moderate Thought in Islam.

Sharing his experiences with this writer, Rahman says, he has lost count of the number of public forums (and private discussions) he has used in the last two decades to speak out against baseless ritualism and extravagance (israaf) in Islam.

Dr. Aslam Parvez, author and scholar, is the Vice Chancellor of the Maulana Azad National Urdu University, Hyderbad. Both Rahman and Parvez have been traveling all round the country, interacting with Muslim community leaders with a plea to cut down spending on lavish marriages and Umrah.

Umrah is a “minor pilgrimage” undertaken by Muslims whenever they enter the holy city of Makkah. In Islam, it is optional for Muslims to perform Umrah. Its similarity to the major and obligatory Islamic pilrimage “Haj” has made some fusion of the two natural, though pilgrims have the choice of performing the Umrah separately or in combination with the haj.

These scholars are self-confessed practising Muslims and not against Umrah per se. They say they only wish to create awareness among Muslims that Umrah not being an obligatory ritual in Islam one need not perform it every year. Instead that money  may be used for the socio-economic development of our community at a time when it desperately needs it. As per the National Commission for Enterprises in Unorganised Sector (NCEUS) report, 84% of the Muslim population of India lives on a daily income of less than Rs. 50. In other words, about 150 million of Muslims don’t even earn 50 rupees a day! Therefore, is it not the duty of wealthy Muslims to remedy this situation? they ask.

Rahman and Dr Parvez say they have received a mixed response national level organisations such as the All India Muslim Personal Law Board (AIMPLB) who have maintained a stoic silence on these issues. However, some Muslim organisations and moulvis (priests) in Chennai, have expressed outrage against Rahman’s liberal and philanthropic interpretation of Islam. “In their blinkered view, asking Muslims to stop spending money on non-obligatory pilgrimages amounts to a blasphemous denial of Islamic practices,” Rahman said.

Rahman says he has received quiet support from a few madrasa-based religious scholars. One such ‘maulana’ went on to write an article in an Urdu magazine against wasting money on umrahs and multiple Haj. Maulana Hafizur Rahman Azami Omeri wrote a piece in Two Circles, a prominent web portal addressing Muslim community issues. Omeri argues that as per Hadees (sayings of Prophet) in Bukhari when Hazrat Bibi Aisha (Prophet’s wife)  asked as to which among two neighbours deserves our benefaction when resources are limited, the Prophet answered: “The one whose door is nearest to you.”

Omeri insists that in Islam Huqooqul ibaad (humanitarianism) has been given precedence over Huqooqullah (duties towards God). He argues that if any Muslim is asked for his reasons for performing Umrah and the reply will invariably be; ‘for sawaab’ (divine reward).  But more ‘sawaab’ can be gathered right here in India by helping a needy person at half the price of an Umrah, argues Omeri.

As per records, 4,48,268 Muslims applied for Haj in 2017-18. Rahman takes this as a sign of 450,000 Muslims having the capacity to spend around 250,000 rupees every year on a ritualistic pilgrimage. This works out to more than 10,000 crore rupees. “If we add to this amount the money Muslims annually spend of non-obligatory Umrah, we get the figure of almost 15,000 crores! Even if a small portion of this amount is to be diverted for humanitarian causes, it will come under the definition of effective altruism which, by the way, is not out of sync with the egalitarian teachings of Islam,” insists Rahman.

As per a conservative estimate, over 250,000 Muslims travel to Makkah and Madina for Umrah every year. And the average cost of the entire trip is around Rs. 140,000-2,00,000.  Therefore, the annual amount spent by Indian Muslims on Umrah alone works out to a whopping Rs. 4100 crores! In comparison, the amount allocated in the 2017-18 budget by the Government of India to the Ministry of Minority Affairs was increased from Rs 2832 crore to Rs 4535 crores.

Faiz-ur Rahman says as of now, the only beneficiaries of this expenditure are the tour operators, the airline companies and the oil-rich Saudi economy. It is beyond comprehension that such huge sums could be spent every year at a time when the socio-economic conditions of the Muslims in India are in a pathetically hopeless state as brought out by the Sachar Committee Report.

Muslims spend a lot of money on marriages every year. In fact, a lot more than what they spend on the annual Umrah. Just look at statistics given below.

In a total Muslim population of 150 millions, assuming that at least 150,000 (0.001 percent of 150 million) middle class weddings take place in a year in India, the total money spent by the Muslim community per year on weddings is: 150,000 weddings multiplied by 6.4 lakh rupees which equals Rs. 12000 crores. Add to this the 4100 crore rupees spent on Umrahs and another 800 crores for holidaying. In other words, Muslims in India spend a minimum of Rs. 17100 crores per year on extravagant weddings, non-obligatory pilgrimages and unnecessary travel.

Let us now see how much it costs to educate a child.

Dividing 17000 crores by 540,000 we get 314814. This means, more than three lakh poor Muslim children can be educated for 18 years on the money spent in just one year by the rich Muslims on avoidable expenditure.

Dr Parvez, an accomplished scientist who has been editing and publishing a monthly journal in Urdu, Science, for the last over 25 years, has been relentlessly speaking at various forums requesting  the Muslims to concentrate on Huqooqul ibaad for the moment as the condition of Muslim community is very bad. Allah is not in need of our Umrahs or multiple Hajs. But our Ummah (community) is in desperate need of humanitarian help, Dr Parvez argues. Any contribution towards this would be worth several hundred times the sawaab of an Umrah or a second Haj.  In this context, Dr Parvez draws attention of Muslims towards a hadith in Bukhari in which the Prophet said; “One who strives for the widows and the poor is like the one who strives in the way of Allah. I shall regard him as one who stands up for prayer without rest and as one who fasts without break.”

This section of Muslim scholars feel the present Muslim attitude is on one of  ‘trepidant.’ “The fear of divine retribution has been instilled in Muslim minds to such as extent that it is considered a sin to even to discuss ideas that question prevailing religious notions.

For ages Muslims have been shielded from new ideas in the name of taqleed (sectarian conformism), and ijtihad (liberal interpretation of Islam) is discouraged,” argues Rahman adding, “In my view, Muslims will be certainly be open to religious liberalism if they are not burdened with the fear of a clerical backlash. It is not that Muslims do not realise the need for pulling their community out of poverty and illiteracy. They do, and also have the money to embark on such a mission.

Going by this school of thought, it is not because of a lack of viable models of philanthropy among Muslims that money is not reaching the genuinely deprived. Rahman states: “It is the lack of a philanthropic mind-set which is the cause. If anything can change this mind-set it is the widespread dissemination of a counter-narrative that can challenge and neutralise the anachronistic sermons emanating from most Muslim pulpits.”

Author-Journalist Rasheed Kidwai is a visiting Fellow of the Observer Research Foundation (ORF). He tracks government and politics and considered a specialist on Congress party affairs.