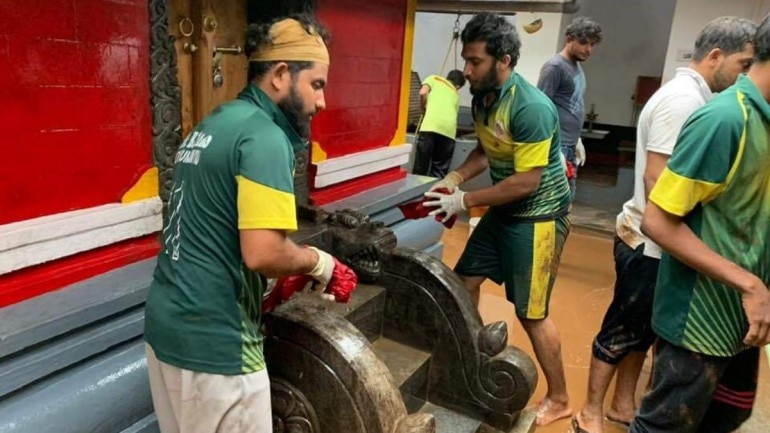 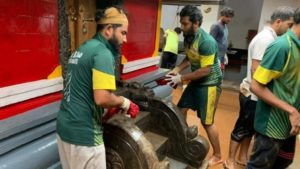 As the rain declined, Kerala has slowly started stitching themselves back together. Efforts have begun to clean buildings which have remained underwater for days.

Lord Ram temple in Sulthan Bathery Wayanad has been under water for over two days. On Sunday as the water level receded, volunteers Muslim Youth League – White Guards, offered to clean the temple.

The whole temple building including the shrine has remained under water for over two days and hence completely covered in muck. The volunteers soon swung into action at the temple. The temple and premises were cleaned completely by Sunday evening. This cleaning is a challenge considering the amount of debris left behind the flood waters.

Many parts of northern Kerala have been underwater for over three days. The hammering rains have flooded many areas, while completely submerging buildings and houses.

In yet another incident, two volunteers Santhosh and Kumar were spotted cleaning a masjid in Kannur on Eid eve. The Kurumathur Juma Masjid has remained under water after a river nearby started overflowing. On Sunday, both Santhosh and Kumar along with the help of other volunteers in the region started the clean up drive.

By the evening, the prayer hall and the mosque premises were cleaned fully. On Monday morning, believers offered Eid prayers in this mosque.