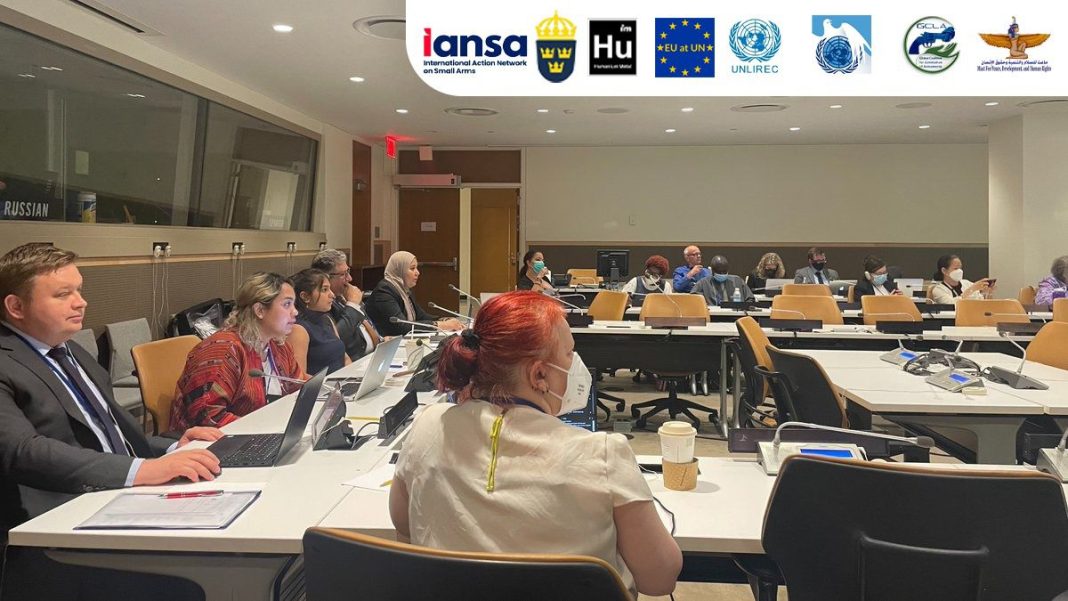 Maat and 4 diplomatic missions call for stoping the spread of small arms and light weapons…….

Okeil: We call on civil society to unify efforts globally to stop the illicit proliferation of light weapons 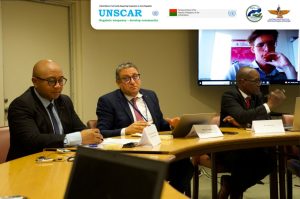 Nourhan Mustafa: Youth and women’s civil society institutions must be empowered to participate in disarmament processes 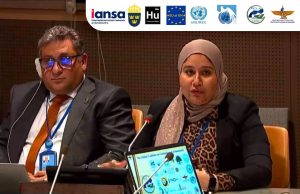 From New York, and during its participation as an international observer accredited by the United Nations General Assembly in the Eighth Biennial Meeting of States on the UN Programme of Action to prevent, combat and eradicate the illicit trade in small arms and light weapons, Maat for Peace, Development and Human Rights held and participated in two side events with the missions of Madagascar and Armenia in New York, and another with the Swedish Ministry of Foreign Affairs and the European Union in New York.

During the first event, entitled “The Importance of Tracking and Controlling Small Arms, in cooperation with the Mission of Madagascar in New York”, the representative of the Armenia Mission in New York, the Firearms Trafficking Section (FTS), of the United Nations Office on Drugs and Crime in Vienna and the United Nations Trust Facility Supporting Cooperation on Arms Regulation (UNSCAR) was given the floor. The event was moderated by Joseph Doop, President of the Organization for Disarmament and Arms Control in South Africa.

The event presented a set of proposals and recommendations, topped by the need to strengthen international cooperation between states to enhance transparency and reporting; the need to implement the program of work at the national, regional and international levels; the need for taking serious steps to impose the rule of law and hold accountable everyone who uses weapons illegally; the need to stop the phenomenon of weapons and acquire them outside the law, and the need to intensify the programs aimed at fighting this phenomenon, which highlights the size of its victims and the great harm it causes in society.

In this context, Ayman Okeil, the human rights expert noted that Maat and the Global Coalition for Limitation of Armaments (GCLA) are seeking to develop an agenda to highlight the important role that civil society must play in order to put an end to the misuse and illicit spread of small arms and light weapons. Okeil stressed that the responsibility to prevent the diversion of small arms rests with the exporting countries as well as the importing countries.

Mr. Hernerna Ravelonarivo, the representative of the Madagascar Mission to New York, indicated that Madagascar is currently working on passing on laws that would reduce the illicit spread of small arms and light weapons. He noted that Madagascar had shown great interest in this file.

While Andriac Gregorian, the representative of the Armenian Mission to New York, pointed to the armed situation in the Nagorno-Karabakh region and expressed regret over the violation of the right to life of the Armenian people due to the illegal transfer of small arms and light weapons, which led to the displacement of thousands of civilians, in light of the total absence of monitoring and international cooperation to track the transfer Small arms and light weapons to the Karabakh region.

Mr. Mix Min, the representative of the Firearms Trafficking Section at the United Nations Office on Drugs and Crime in Vienna, noted that the illicit circulation of small arms and light weapons has exacerbated the conflict in Libya and Syria. Min added that there is an urgent need to strengthen and implement the work program at the national and regional levels, and to activate the work program items within policies and legislation, especially in conflict areas.

The event was opened by Ms. Caroline Asker, representative of the Swedish Ministry of Foreign Affairs, who stressed the need to support youth voices in promoting peace, as well as affecting the use of these weapons against young people in areas affected by armed conflict.

Representatives of the United Nations Office for Disarmament Affairs, the Center for Peace Education, and the United Nations Regional Center for Peace and Disarmament also participated in the event, and shared their experiences as youth voices working on arms proliferation issues, and called for the need to create more spaces for dialogue with young leaders, as well as the importance of recognizing youth and their role in limiting the proliferation of weapons.

In this context, Ayman Okeil, the international human rights expert, pointed out the need to cooperate and unify efforts among around the world to stop the illicit proliferation of small and light weapons in the hands of non-state armed and terrorist groups, given the great risks that civilians and youth are exposed to due to the availability of small and light weapons, which exacerbate conflicts and disrupt all efforts of settling peace and bringing stability.

Okeil stressed the positive contribution that young people can make to maintaining international peace and security and called for activating the program of action based on the continuous active participation of young generations by opening discussions, building their capacities and integrating them in organizing such meetings.

In the same regard, Nourhan Mustafa, director of the International Humanitarian Law Unit at Maat, stressed the need to enable civil society institutions with youth and women leaders to participate in disarmament and peacebuilding processes. Mustafa called for integrating young women leaders into all disarmament discussions, particularly in the Arab region, in which their percentage are less than 10%, and stressed the need to work and train more young people to participate in all upcoming meetings of the work program. 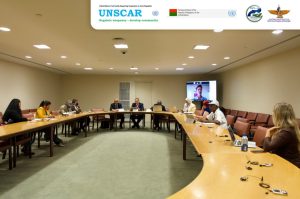 The event was concluded by Michal Adamovich, the representative of the European Union in New York, the Office for Disarmament, Non-proliferation and Arms Export Control, who stressed the important role that civil society and youth play in the promotion and implementation of the United Nations Program of Action on Preventing the Illicit Trade in Small Arms and Light Weapons, and stressed the need for such meetings to be convened periodically and actively.

It is worth noting that Maat is the only Arab organization that participated in this Eighth Biennial Meeting to prevent, combat and eradicate the illicit trade in small arms and light weapons.