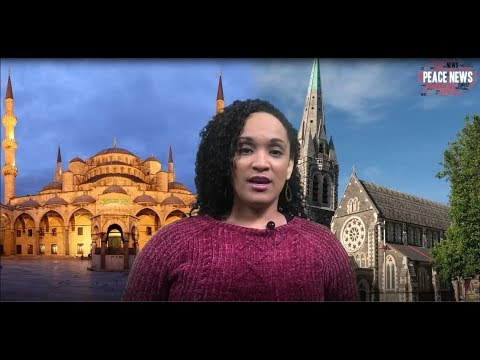 What would happen if you built a Muslim mosque right next door to a Christian church, in a country plagued by religious violence?

In Kaduna State in Nigeria, where religious violence has intensified in the last year, building two places of worship so close seemed like an impossibility. Residents In the suburb of Kudanden were nervous when construction began next to a Living Faith church, with the new mosque even sharing a fence-line with the  church. But despite clashes between the two religious groups in other parts of the country, worshipers here, are determined to work together.

“The issue of peaceful co-existence, or better still, refer to it as religious co-existence, cannot be over-emphasized,” said Christian resident Isiah Benjamin.

The harmony in the community was aided by a memorandum of understanding that was established by leaders in the region. The chief of Kudanden, Gabriel Galadima, said leaders from both parties were brought together to recognize a mutual, peaceful, understanding.

“What I want to call on the youth of this community, not only this community but the state at large, that wish not to live in peace with one another—that yes relations will come and go, but we will still be together.”

“I want to praise the people of our Kaduna community, other areas in Kaduna, other communities should also emulate that,” said Muslim resident Tajudeen Ajibade.

“So that we can go back to what Kaduna used to be: My name John, my name Mohammed, my name Taju—it does not make a difference—what makes a difference to us is how we are going to move this state forward.”

“We want other people to emulate the habit of people from Kudanden, to learn from them. To live in peace with one another.”