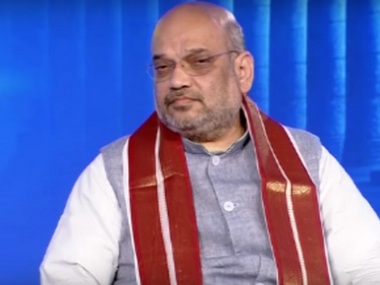 In his first address as Union home minister in the newly-constituted 17th Lok Sabha, Amit Shah made it clear what he thought of the existence of Article 370, providing autonomy to Jammu and Kashmir. He asserted on more than one occasion that it was only a “temporary”, and not a permanent provision in the Constitution. Although he didn’t go any further on the subject on floor of the Parliament, considering what the BJP said in its vision document ahead of the recently-concluded Lok Sabha election, his comments on this contentious Article will surely spark a debate.

That he was completely unapologetic about pursuing a muscular policy to deal with terrorists and disruptive activities sent a loud message about how he intended to deal with situation in the state.

More importantly, he defined three terms — Insaniyat, Jamhuriyat and Kashmiriyat — that had been stated by late former prime minister Atal Bihari Vajpayee. Although these terms had been quoted by leaders of varied hues for around a decade-and-a-half, all of them had refrained from defining them lest they hurt the sentiments of those in the Valley. But Shah didn’t seem to be afraid of talking about them at length — bloodbaths that consumed the state’s own, the driving away of Sufism and Kashmiri Pandits under threat could not be Insaniyat and Kashmiriyat.

“Insaniyat” according to Shah was providing toilets to women, building homes for the poor, providing security to people and instilling a fear of the law among those who were tried to create an atmosphere of fear. “Jamhuriyat“, he said, was being pursued in true sense of the term. Free and fair elections for 40,000 panchayats, that gave the opportunity to common people to come and take uo leadership positions in their area, were successfully conducted. State Assembly elections will be held when the Election Commission feels that it is the right time. “Kashmiriyat“, he added, is neither about spilling the blood of its citizens, nor about driving away Sufism and Kashmiri Pandits or plotting against the country. It is about being part of the country, the welfare of the state and protecting its culture, he continued.

The thrust of Shah’s speech, while responding to the debate on two Bills he had moved in the Lok Sabha — Jammu and Kashmir Reservation (Amendment) Bill and the extension of President’s Rule in the state — was on how his government intended to deal with emerging situation in the state: By stressing on developmental projects. He listed the developmental work including the projects meant for job creation that had been unveiled there. Next, he candidly outlined the strong measures the Centre was taking to contain terrorism in the state. Most of the measures he listed were undertaken after President’s Rule was imposed in the state.

He particularly emphasised that those who had separatist and disruptive tendencies needed to fear this government. “Yes, today there is a fear in their mind. It has to be there and it is only going to increase,” he warned. In same vein, he added that the government had a zero-tolerance policy against terrorism.

What he said was revealing to the people outside of Jammu and Kashmir that the state so far had followed “unique parameters” to give security to individuals. Anyone who gave a few statements against the country was provided security. That was unacceptable to the Narendra Modi government, Shah said, adding that it reviewed the security of 2,000 persons and withdrew the security of 919 persons including those provided to some separatists. It was also ensured that those inside the jail didn’t get any privileges, as some used to in the past. Pakistani television channels have now been blocked. The government, he claimed, would come down hard on the “Tukde Tukde gang”.

“I wonder why the Jammu and Kashmir Liberation Front (JKLF) had not been banned so far. What liberation do they want and from whom? Why was an openly separatist name not banned? Why was Jamat-e-Islami not banned by previous governments?” Shah asked.

In his 50-minute reply to the debate, Shah gave a sense of his working style and aggression with which he may deal with the Congress’ barbs in the House. Using Congress MP Manish Tewari’s references to history, Shah provided one of his own to the main Opposition party. The historical facts around Jawaharlal Nehru’s dealings with Kashmir since Independence have always been a sore point for the Congress. Shah stated that Nehru made one “historical blunder” after another in the state, making the Congress MPs distinctly uncomfortable. But the home minister was unyielding.

Since both these bills have to be passed by Rajya Sabha also, the Congress (that enjoys better numbers in the Upper House) may be marshalling to troops to come prepared to challenge Shah. The home minister is aware of the challenge that awaits and his party will hope that he rises to meet it with the same fervour as he demonstrated on Friday.