Home Events “Our syncretic culture must be preserved for our national strength in the... 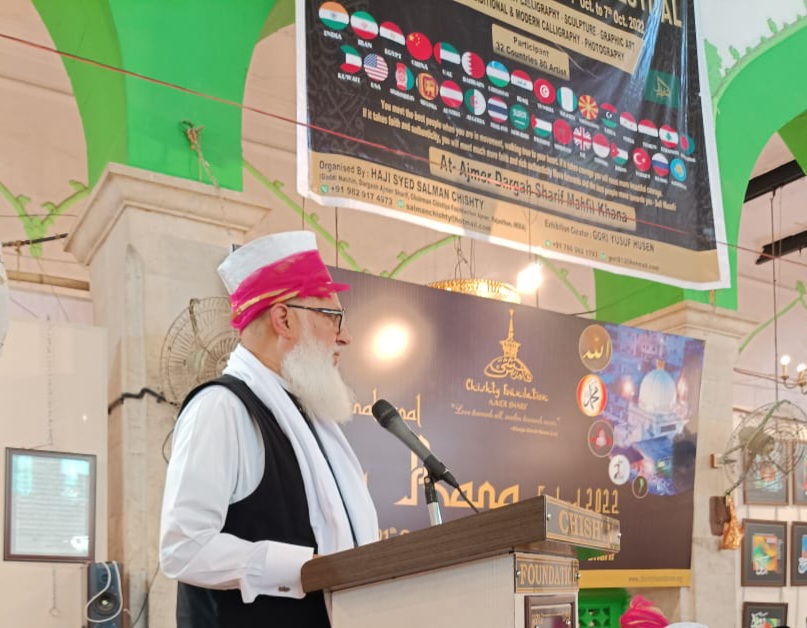 While workshops on calligraphy inscriptions and the captivating display of mystical Sufi arts went on during the week-long Exhibition of Sufi Rang Festival in the Mahfil Khana of the Dargah Ajmer Sharif, on the glorious occasion of Rabi-ul-Awwal, a national seminar on Sufism marked a significant turning point in the history of the annual Sufi Rang Festival.

On October 3, the Chishty Foundation in collaboration with an apex body of Sufi-oriented Indian Muslims, All India Ulama and Mashaikh Board (AIUMB) organized a seminar on “Sufi thought and its contemporary discourses” as part of the 15th ISRF at Chishty Manzil located in Dargah Garib Nawaz Complex. The executive members of the board, including the President and Chairman of the World Sufi Forum, Hazrat Syed Mohammad Ashraf Kichhochavi, also attended the seminar. A considerable number of Sufi authors and scholars brainstormed the issues impacting the country’s social fabric and cultural atmosphere.

Talking about the need for an overhaul of the Sufi community in India, Hazrat Ashraf Kichhochavi introduced a fresh perspective on Sufi thought and tradition. He said that in the current situation, there is a dire need for allaying mistrust and communal hatred everywhere in the country.

“Those thousands of years which preserved our syncretic culture must be recalled to value our national strength and the only way is the path of Sufis whose destination is unconditional love”: 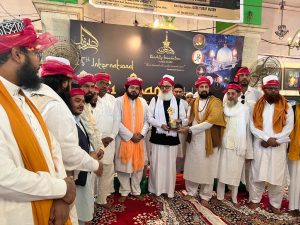 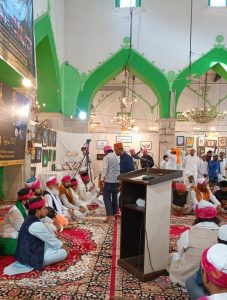 The 6th day of the ISRF witnessed an incredible zest from both dignitaries as well as the audience which are academicians, scholars, writers, and noted Sufi artists and calligraphers from around 40 states in India. While the enthralling exhibition of sacred Sufi arts and calligraphic inscriptions workshops continued throughout the day, the blissful night of the 10th Rabi-ul-Awwal marked a historic occasion. A gamut of film industry celebrities, bureaucrats, media producers, and literary figures exhibited an avid interest in appreciating the sacred Sufi arts through their remarkable interactions and public addresses.