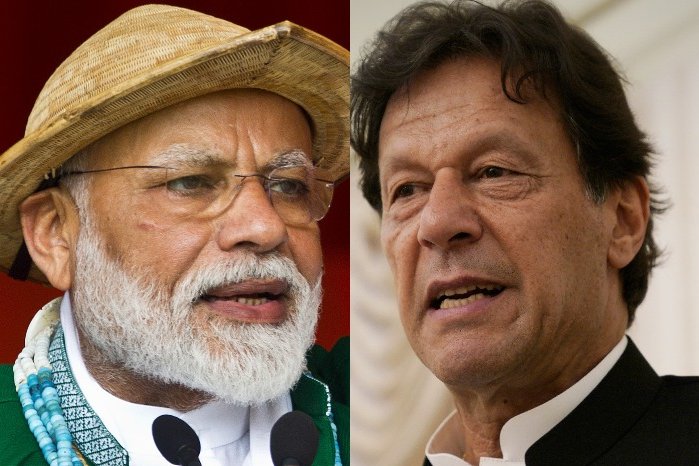 India’s election is due to start on Thursday(local time) and will be staggered across several dates in April and May.

“There will be two Narendra Modis; one before the election, one after,” Mr Khan said.

Mr Modi sent warplanes to bomb Pakistani territory in February, in retaliation for a suicide bombing that killed more than 40 Indian paramilitary police in disputed Kashmir.

The two nuclear-armed nations came to the brink of war, as India blamed Pakistan for backing the terrorist group responsible.

Calls for retaliation escalated, with Pakistan shooting down an Indian fighter jet in a dogfight.

Despite the recent hostilities, Mr Khan said dialogue would be more likely if the current Hindu nationalist government was returned to power.

He said the opposition Congress party would be too scared of a backlash from India’s right-wing to engage in peace talks with Pakistan.

Speaking to a small group of foreign journalists including the ABC, Mr Khan said Pakistan was compelled to return fire after Indian warplanes breached its airspace.

“There would be a nasty response from the population if we didn’t retaliate,” Mr Khan said.

“No government would survive in Pakistan if you did not retaliate.”

But Mr Khan said Pakistan was working at dismantling the terrorist group Jaish-e-Mohammed, which claimed the suicide bombing on Indian troops.

Senior military officials confirmed that dozens of members of the group have been arrested.

But when asked why the group’s leader Masood Azhar had not been found, Mr Khan demurred.

“Masood has really been underground, ineffective, he’s not really in charge right now,” he said.

“But more important than him is the set-up of his whole organisation, so that is being dismantled”.

Khan vows to root out extremists

Mr Khan has vowed to eliminate the many militant groups that operate within Pakistani borders.

Since coming to power last August, the former cricket star has announced a plan to rid madrassas (Islamic religious schools) of extremist teachings by directing that the religious schools teach an expanded range of subjects beyond the Quran.

Senior Pakistan Government officials said there were more than 32,000 madrassas in the country, and they’ve identified up to 200 that have extremist links.

“We have decided for the future of this country — forget the outside pressure — we will not allow militias to function anymore, because actually Pakistani society suffers as a result,” Mr Khan said.

“For the first time in history, our government has gone after them.

“And not because of pressure from India, because there is a consensus in Pakistan”.

Mr Khan said the Pakistani military was in lockstep with the Government over rooting out militant groups.

Senior military officials said Pakistan had no chance of growing its economy without eliminating extremist groups.

Pakistan has come close to being placed on a global blacklist for states involved in financing terrorism.

Inclusion would mean being cut off from global trade and investment, which Pakistan is desperately seeking as its trade deficit worsens.