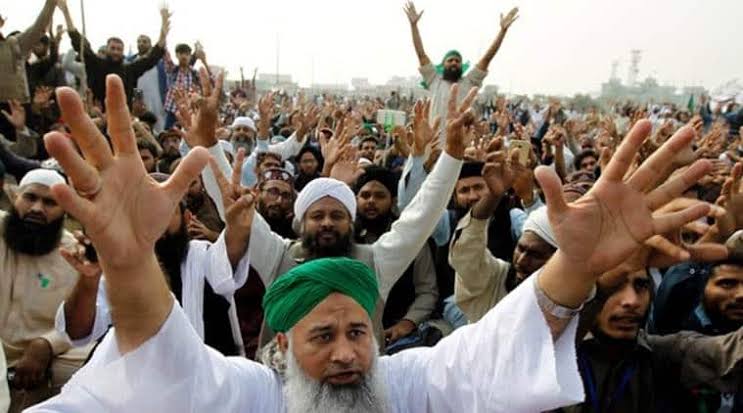 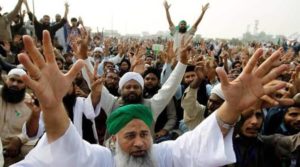 The big news on May 8 was that Asia Bibi, acquitted two years ago by the Supreme Court of blasphemy, was finally allowed to leave for Canada to join her already exiled family. She had rotted in jail for eight years as the judges refused to challenge the injustice of Pakistan’s infamous Blasphemy Law. What the sessions court had ruled could not be set aside by the High Court either. Even at the Supreme Court, it took a lot of guts to let the innocent woman walk.

A Christian, Asia Bibi was convicted of blasphemy in 2010 under dubious circumstances. She was treated as an untouchable by society, and called unclean because of her religion whereupon a quarrel ensued. She was then accused of insulting the Holy Prophet, triggering prompt police action who put her in jail. A cleric “Maulvi” said she had, indeed, blasphemed.

This “black law”, Pakistan Penal Code’s (PPC) Section 295-C, inserted into the Penal Code by an Act in 1986, has made hundreds rot in jail. It seeks to punish with death individuals who insult the Holy Prophet in “word gesture or innuendo” — it typically targets the minorities in Pakistan.

The Ahmadis, declared a non-Muslim minority in 1974, collectively insult the Prophet by allegedly violating the doctrine that he was the last prophet. All Christians, by reason of their belief in the Old Testament, attract death penalty because the Old Testament, which the Muslims believe is fake, contains insulting references to the prophets mentioned in the Quran. All the Shia community, who disagree on the status of the Companions of the Prophet, by innuendo, insult the Holy Prophet, and therefore may be collectively liable to be punished under the law.

Since “insult” happens by innuendo, desecration of the Holy Quran can also be converted to “insult” if the judge so decides. Hundreds of cases where the Christian community has been assaulted by mobs relate to the dispossession of land, removal from job, plunder and rape. Most cases have been reported in the press with a slant that goes against the minority community. The police have, more often than not, joined hands with the mobs to persecute the Christians, and the judges have passed unfair judgements under pressure from groups pursuing vengeance through the Law.

When the accused have been awarded bail, they have been either attacked and wounded or killed, thus establishing the trend of not awarding bail to the accused. The biggest flaw in the law, apart from conviction on the basis of innuendo, is its FIR, used by the semi-literate police officer to arrest individuals whom he is unable to protect from the mob. Or, he leverages it to let off individuals on the payment of a heavy bribe.

Why is Pakistan doing it? The latest wisdom is that the majority community wishes to retain or enhance its identity through what social scientist Francis Fukuyama calls “isothymia” or the collective urge to be recognised as “equal”. He explains the injustice arising out of this urge: “Contemporary identity politics is driven by the quest for equal recognition by groups that have been marginalised by their societies. But that desire for equal recognition can easily slide over into a demand or recognition of the group’s superiority. This is a large part of the story of nationalism and national identity, as well as certain forms of extremist religious politics today.”

India follows in the footsteps of Pakistan in setting aside what its founding fathers had sought to avoid while writing its constitution. The violence unleashed against the minorities by mobs in the streets while no existing law supports or allows it, is the new “identity” trend. Fukuyama says: “National identities can be built around liberal and democratic political values, and the common experiences that provide the connective tissue around which diverse communities can thrive. India, France, and the United States are examples of countries that have tried to do this. Such an inclusive sense of national identity remains critical for the maintenance of a successful modern political order for a number of reasons.”

Most Indians who react negatively to my opinion in The Indian Express, express nothing but contempt for Pakistan. But it is shocking how most Indian critics of Pakistan forget the imitative groove into which India itself has fallen despite the fact that India has no comparable Blasphemy Law dishing out death as the minimum punishment.

Pakistan is trapped. Its top judiciary, when not manned by Islamists, lets the victims walk after an average period of six to eight years in jail. But a victim can get presented before a court manned by “pious” judges, in which case, he is sure to go to his death.