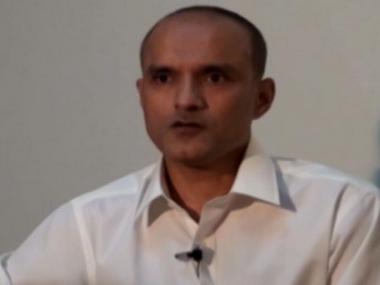 In a dramatic revelation, Pakistan’s nominee on the International Court of Justice bench which heard the case of Kulbhushan Jadhav has asserted that a second, until-now secret attempt to prosecute the alleged spy on terrorism charges failed for want of evidence. The judge’s assertion debunks claims by Pakistan that Jadhav had been found guilty of terrorism in Pakistan.

“Two cases have been initiated against Mr Jadhav, one for espionage and the other one under anti-terrorism laws,” Justice Tassaduq Hussain Jillani’s judgment reads. “With regard to the espionage case, Pakistan had enough evidence to try and convict Mr Jadhav which it did in accordance with the laws of Pakistan.”

However, Justice Jillani goes on, “Due to the fact that India has not co-operated, Mr Jadhav’s trial under the terrorism offences has not proceeded.”

“If Pakistan was concocting false charges and arbitrarily punishing and sentencing Mr Jadhav,” Justice Jillani argues, “the Pakistani courts would have found Mr Jadhav guilty of the various terrorism offences he had himself confessed of being involved in. This highlights the bona fide intention of Pakistan to uphold the truth.”

The revelations made by Justice Jillani undercut claims by high Pakistani officials that the Jadhav case demonstrates India has been backing terrorism in that country — as opposed to merely conducting espionage. Pakistan has not so far made public the verdict of the Field General Court Martial, of the specific evidence and charges against him — something India now hopes to secure, armed with the ICJ’s order granting its High Commission in Islamabad consular access to Jadhav.

In both its arguments before the ICJ hearings as well as in multiple statements, Pakistan said that a Field General Court Martial, or special military court, found Jadhav guilty of terrorism.

Pakistan’s official spokesperson, speaking to journalists on 20 April, 2017, asserted: “His sentence is based on credible, specific evidence proving his involvement in espionage and terrorist activities in Pakistan, resulting in the loss of scores of precious lives of Pakistanis.”

Mohammad Faisal, Pakistan’s official representative in the ICJ hearings, argued against India’s plea for consular access, saying it was unacceptable for “a State which sends a spy and terrorist seeking entitlement to untrammeled access to its tool for terror”.

But Khawar Qureshi, the British lawyer who argued on Pakistan’s behalf, made no reference to terrorism in his arguments, referring only to a single, espionage-related case, saying “that Commander Jadhav was tried and convicted pursuant to Section 3 of the Official Secrets Act of 1923, which provides for jurisdiction in respect of espionage offences.”

The claims that Jadhav was involved in terrorism stem from his custodial confession, made on 25 March, 2016, stating that his “purpose was to hold meetings with Baloch insurgents and carry out activities with their collaboration.” “These activities have been of criminal nature. These have been of anti-national and terrorist activities leading to killing or maiming of Pakistani citizens also.”

However, the confession made no reference to any specific act of terrorism carried out by Jadhav, like their location or date.

The FIR, documentation submitted by Pakistan to the ICJ states, concluded that Jadhav “was subject to other offences not falling under the Pakistan Army Act, 1952 (relating to espionage), and it was requested to register the case of the Counter Terrorism Department under the relevant provision of law for those offences.”

In a letter to the Indian government, sent on 23 January, 2017, Pakistan officially asked for assistance in the investigation, demanding statements from the “Director General, Research and Analysis Wing (RAW) India” — a non-existent post — as well as Jadhav’s wife, and several naval officials.

The letter asked for Jadhav’s cellphone and bank records.

However, Pakistan’s request for assistance did not list any specific questions to be asked of the individuals it wanted statements from, nor listed the charges or evidence against Jadhav.