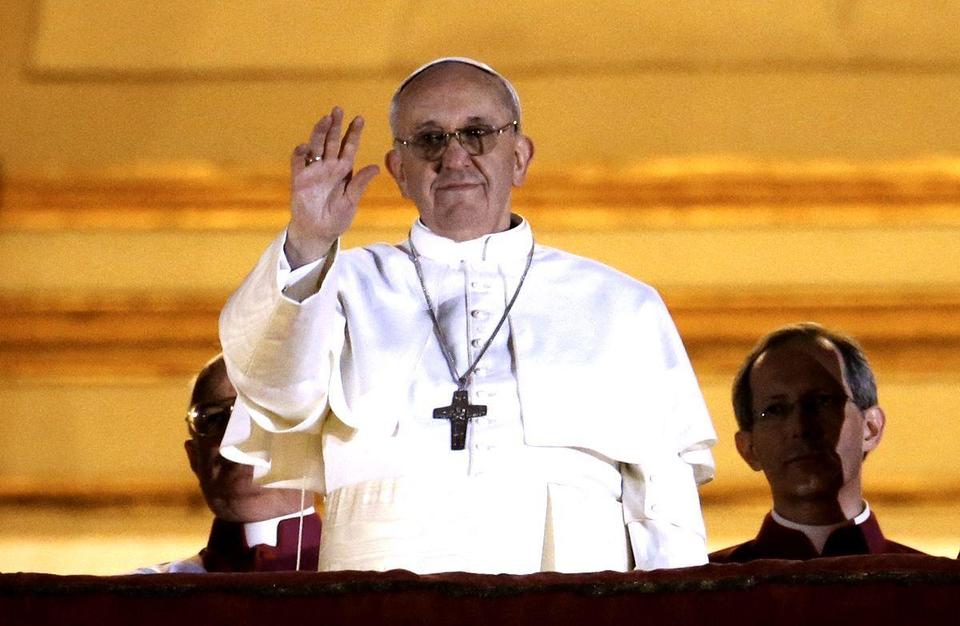 Pope Francis I waves to the waiting crowd from the central balcony of St Peter’s Basilica in Vatican City. (Peter Macdiarmid/Getty Images)

Details were announced on Wednesday about the visit of Pope Francis to the UAE next February which will see him deliver Mass in a stadium in Abu Dhabi.

The programme for the February 3-5 trip shows the Pope will celebrate Mass in Zayed Sports City on the last day of the visit.

Organisers of the trip, the first by a pope to the Arabian peninsula, said it would be the first time Mass would be held in an outdoor, public venue in the UAE.

There are about a million Roman Catholics in the UAE, all of them expatriate workers.

According to the itinerary, Francis will also visit Abu Dhabi’s Sheikh Zayed Grand Mosque, the largest in the country where he will hold a private meeting with the members of the Muslim Council of Elders.

He will also preside at an inter-religious meeting at the Founder’s Memorial, a complex commemorating the late Sheikh Zayed bin Sultan Al Nahyan, founding father of the UAE, and pay an official visit to the Abu Dhabi Crown Prince in the Presidential Palace.

Pope Francis has made boosting ties between Christianity and Islam a cornerstone of his papacy.

The pontiff was invited to the majority-Muslim country by both Abu Dhabi Crown Prince Sheikh Mohammed bin Zayed Al-Nahyan and the local Catholic church.