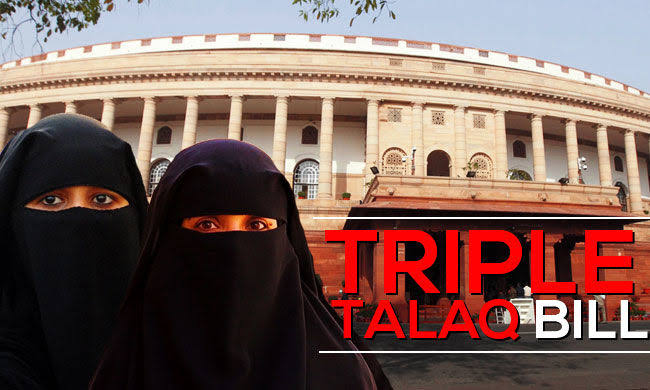 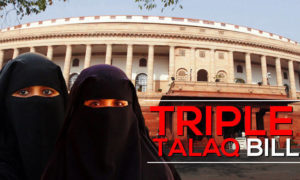 Parliament passes triple talaq bill two years after Supreme Court struck down the  practice. After the Rajya Sabha has passed Triple Talaq Bill, which makes the practice of instant triple talaq a penal offence, and for which ordinances were issued three times, cleared by the House with 99 votes in favour, the question remains: will the male-chauvinistic organisations and clerics no longer rule the roost?

All India Muslim Personal Law Board (AIMPLB), Jamiat Ulema-e-Hind (JUH), Darul Uloom Deoband, Jamaat-e-Islami Hind and other leading Muslim outfits were gearing up to challenge the decision to hold instant triple talaq as “unconstitutional” and “un-Islamic”. In a detailed statement published in various Urdu newspapers, the AIMPLB said the reform would have “wide ramifications” as it affects the religious rights of minority groups. Therefore, the Muslim law board held several conferences on to make deliberations to thwart this process of reform.

In a similar tenor, the statement of Jamaat-e-Islami Hind, as produced on its official website, reeks of ambivalence on this issue. Responding to SC judgment cracking down the instant triple talaq, the secretary general of Jama’at-e-Islami Hind, Muhammad Salim Engineer said: “We stand with the All India Muslim Personal Law Board (AIMPLB) on this issue. The Jama’at along with the AIMPLB is going to hold a meet in Bhopal on the 10th September. They will be studying the judgment and will be able to comment on it only thereafter”.

Jamiat Ulema-e-Hind, the Deoband-oriented major Muslim outfit in India presently led by Maulana Arsad Madani, has gone one step further. It as categorically condemned the Supreme Court’s instant triple talaq judgment as an ‘anti-Sharia’ verdict. However, Maulana Arshad Madani avers that the SC verdict will not affect the daily life of the practicing Muslim men and women in India.  “A true Muslim will abide by the Sharia, not by the court. Now it is left to the desecration of the Muslims whether they comprehend and practice the rules of Shariat or turn to the court,” he said, as reported in today’s Inquilab.

Lok Sabha had passed the Muslim Women (Protection of Rights on Marriage) Bill last week and with the Rajya Sabha now approving it, the practice of instant divorce by Muslim men will be punishable by a jail term of up to three years. However, one thing is patently clear from the Muslim clergy’s confrontational responses and arguments regarding the SC judgment on triple talaq: they will not be able to compromise on their theological position on the so-called personal laws. Therefore, one should keep in mind that the SC verdict will not make any meaningful change in the daily life of most Indian Muslims who still look up to the ulema as their eternal mentors.

Many progressive Muslim scholars like the Muslim law expert Prof. Tahir Mahmood and A Rahman (another expert on Muslim law and former Supreme Court lawyer)—categorically disapproved of the instant Triple Talaq as both ‘un-Qur’anic’ and ‘unconstitutional’. But the inexplicable problem with the common Indian Muslims, they regret, is that they stick to the clergymen (maulvis) in daily life. Taking advantage of this unrestrained and blind adherence, Muslim clergymen will continue to misinform the community’s vast majority including the women. Only hours after the apex court struck down triple talaq as “unconstitutional” and against the Quranic tenets, the women’s wing of the All India Muslim Personal Law Board (AIMPLB) termed the SC verdict as “contradictory”, “confusing” and “fractured”. The women’s wing of the AIMPLB stated: “While we respect the judgement, we do not appreciate interference in the Muslim Personal Law as right to religious freedom is a fundamental right guaranteed under the Constitution….Article 25 is a fundamental right and it cannot be set aside on ground of judicial morality”, as widely reported in the Urdu press.

In fact, Muslim women’s arguments such as this reflect the line of thinking promulgated by the male-chauvinist clergy of the AIMPLB. The fundamental argument propounded by the AIMPLB is that “international convention and practices of other countries are of no avail as practice of triple talaq is protected by Article 25”. Interestingly, now the women wing of the AIMPLB also buttresses the point that triples talaq does not always go against women. “Many a time it is an exit mechanism to relieve women from unsuccessful and troublesome marriages”, says Dr Asma Zehra, chief organiser of the women’s wing of the AIMPLB.

Ironically, we Muslims lament that our clergy have created the vile customs like the triple talaq, halala and nikah-e-mut’ah (temporary marriage) in the Sunni and Shia communities. But at the same time, most of us are not willing to challenge the maulvis’ monopoly over these crucial matters of our daily social life. Most Muslims in India—both Sunnis and Shias—continue to look up to the maulvis as guardians and custodians of their religion.

Since the gullible Muslim masses adhere to the clerics in religious and social matters, the ulema and muftis (experts on the Islamic jurisprudence) would do well to rigorously research, rethink and critically review the entire issue. They must take cues from the well-reformed Muslim divorce laws of so many Islamic nations. This will help them prepare and re-interpret a well-thought-out Muslim divorce law which could be in synergy with both the Qur’an and the country’s constitution. Keeping this broader objective in view, the AIMPLB should plan genuine research works to make a deeper delving into the subject matter, rather than large conferences and campaigns with hollowed titles such as Tahafuzz-e-Shariat (protection of the Sharia).

In this context, very few ulema have taken a note of introspection. All India Ulama & Mashaikh Board (AIUMB), an apex body of Sufi-Sunni Muslims, has resolved to take an initiative. Talking to Firstpost, Syed Muhammad Ashraf Kichchawchchvi, the AIUMB’s founder-president has stated: “While we hold the Supreme Court’s Judgment in high esteem, we cannot succumb to any self-imposed body of the Indian Muslims”. He maintains that All India Ulama & Mashaikh Board (AIUMB) stands by the Indian Muslims’ personal laws, not the All India Muslim Personal Law Board (AIMPLB). However, he added: “we would not support any infringement on the basic provisions of the religious freedom accorded to the Muslims in the Indian constitution. For a well-intentioned and spirited reformation in the Indian Muslim society, the government will first have to win the community’s trust with due regard to its faith and religious practices”.