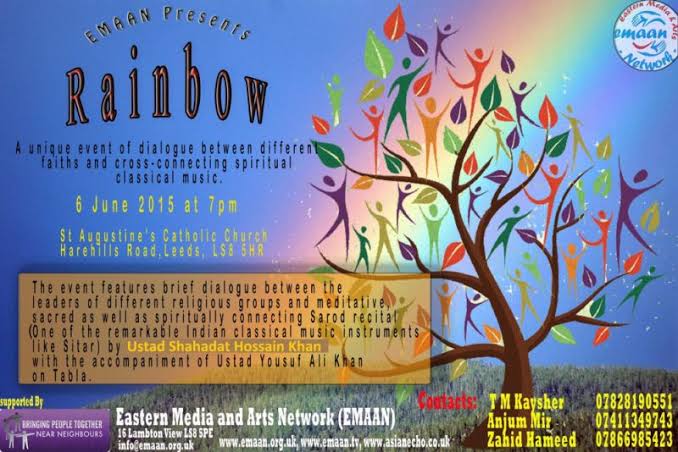 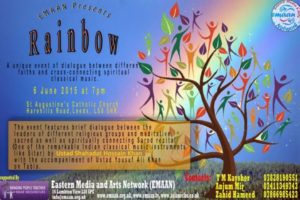 Our common humanness, cemented by a desire to be of service to someone in some way or the other, brought us together.

Yesterday, I had a really wonderful Sunday! No, no, I didn’t laze around in bed till lunchtime! Nor did I watch the latest movie on TV! And no, I definitely didn’t go to a mall for a meal or to window-shop! What made yesterday a very special day was that it was full of wonderfully positive interfaith experiences. And that’s something that reallymakes my day!

That morning, I got up, as usual, a bit before five. I freshened up, spent some time chatting with God and had my morning coffee. Later, I set out with my friend N to meet a common friend, S, an elderly man from a Muslim background. For several years now he has been heading an organisation that provides financial assistance to students from economically poor families to carry on with higher education.

N and I had fixed to meet R at S’s house. In his 40s, R, who is from a Hindu background and is father of two children, works as a domestic help. His economic condition is very vulnerable, to put it mildly. We contacted S thinking that he might be able to help him with a scholarship for his children’s education.

S was very enthusiastic when we mentioned the issue to him. R then spoke with him, and he asked R to meet him at his home. N and I thought it would be a good idea if we went along too.

We had a lovely time at S’s place that morning. S and his amiable wife (great hosts they are!), R and his two children, N and I—together, we were from three different faith backgrounds, but that didn’t matter in any way as we chatted and laughed over tea and biscuits! S also very kindly explained to R what he needed to do to apply for a scholarship for his children. Hopefully, in a few days’, the application will come through!

S and his wife wanted us to stay on for longer, but N and I had to go elsewhere. We needed to meet T, a widow from a Sikh background who works very hard to make ends meet. Our friend V (who is from a Hindu background) had mentioned that he could arrange for a sewing machine for T to make clothes and earn some money. Someone else had said that they might like to employ T as a caretaker of their home. We wanted to share all this good news with her.

After meeting T, we went to N’s place. Shortly after we got there, M, a friend of N’s sister, who is of Buddhist background, dropped by. It was good to meet him—after many years—and to chat for a while.

So, as you can see, yesterday I had a really busy day, a wonderful time with people from many different religious backgrounds. We didn’t need to speak about religion, nor even things like ‘communal harmony’ or ‘interfaith dialogue’ in order to feel connected. Our common humanness,  cemented by a desire to be of service to someone in some way or the other, brought us together, so that what some people might regard as ‘major’ boundaries of community and religion didn’t matter, as far as I am concerned, at all!