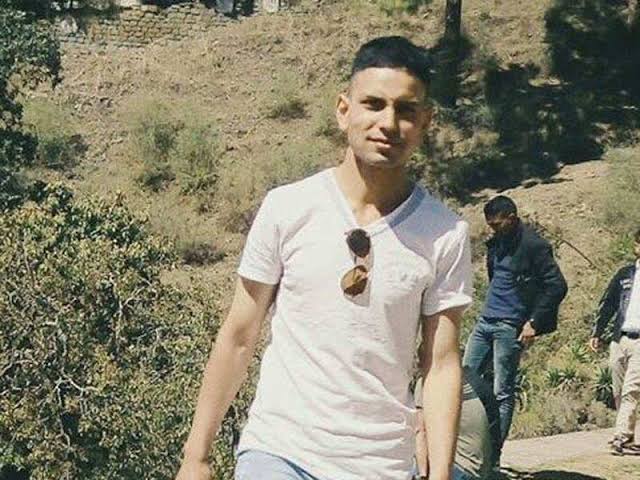 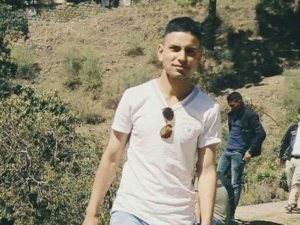 A Tribute To LT. UMMER FAYAZ

Writing an obituary is never an easy job. And more so when you try to write about someone whom you don’t know personally, yet, there is really something which connects you with the departed soul and you just can’t stop expressing your thoughts, no matter how bitter it may sound, to some. What is even more difficult is to write about someone, who had been ‘ostracised’ by the majority of the people of his homeland, for following his passion.

It was heart-breaking to witness the funeral of Lt. Ummer Fayaz, the slain army officer from Kulgam, South Kashmir. A small number of people, mostly from his family and local army units took part in his burial ceremony. Ironically, the mainstream politicians, top civil and police officials skipped the funeral. No reason can justify that.

Kashmir is undergoing a challenging phase right now and standing against the “popular sentiment” means inviting trouble. It seems, ‘thinking differently’ is, now, a heinous crime which may cost you your life. The tragic story is that the events of the last three decades have sealed the thinking processes of those who want to enforce their writ by killing and maiming innocent people. For them it is either MY WAY OR HIGHWAY. But those who do dare to refuse to bow down, they certainly have one thing in them – “courage”. And that (courage) is what Ummer possessed in abundance.

The killing of Lieutenant Ummer Fayaz is the latest example of blatant barbarity being witnessed in Kashmir. It reflects how the “political movement” is brazenly traumatising and brutalising people instead of respecting their freedoms. It also shows how intolerance has made some people blind to think beyond the realms of their respective political philosophies.

As usual, the people in general have maintained a silence on this naked savagery. But what is more saddening, is the way they justified it and resorted to what-about-ery, shaming everyone who value and respect human lives. It has further exposed the fault lines of the society. No sane person can deny the fact that in Kashmir human rights have been brazenly violated by all warring groups but selective condemnation is the worst that the society is going through from past nearly three decades. While nobody can give a clean chit to the government forces operating here, the conflict merchants too will have to answer about the wrongdoings done by the forces they adore and idolise.

Lt. Ummer’s only “sin” was that he had made a career choice for himself. He was brave, intelligent and smart enough to follow his dreams. He had the courage to think differently. He was not a run-of-the-mill child who would follow what others told him to do. Ummer possessed substance that differentiated him from rest of the crowd. Knowing the dangers inherent in the job, he was into, his confidence and audacity made him to contest everything.

Kashmiri youth may be joining the armed forces or police, but we rarely come across anyone who has passed NDA examinations in the recent past. To crack one of the toughest exams in India is no way an easy task. The journey is fraught with immense hardships and troubles. Only a person with strong commitment and desire could do this. He could have been an IAS officer or for that matter something else but his interests lay elsewhere: He wanted to be an officer in one of the world’s best army.

Son of a poor farmer, Lt. Ummer was the hope for a new and emerging Kashmir. His inspiring story of success had a lot to offer to the Kashmiri youth. As national media is accused of portraying the youth as angry, violent and radicalised, Ummer’s feat suavely demolished these myths.

But, had he ever thought that his “own people” would hate his love for olive green fatigues and would cut short his life’s journey? No! How sad it is that he was not allowed to live his dream.

His death didn’t solve any problem for the killers. They didn’t bring “aazadi” to Kashmir. The death doesn’t serve any purpose to those who even justified it. It took away from us an officer who could become a role model to thousands of youth who want to live their life with utmost dignity and respect.

Those who talk of freedom need to understand what freedom means. Any “freedom movement” that curbs the individual freedom is in itself a negation of the basic concept of freedom. If a young boy of 22 is killed just because he dared to think differently and made a career choice of his liking, what freedom is then being talked about? . May his soul rest in peace!