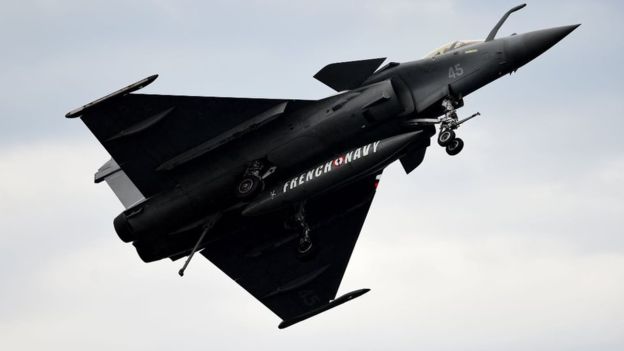 Jharkhand Chief Minister Raghubar Das today said the Congress has a “history of telling lies” and the Supreme Court verdict on the Rafale deal is a triumph of truth.

“Finally the truth has come up. The Congress has a history of telling lies and indulging in scams. The truth of Rafale deal has come up – Satyameva Jayate (truth triumphs),” the chief minister of BJP-ruled Jharkhand said in a statement.

“The Supreme Court said that there is no irregularity in the Rafale deal. A lie is a lie. It will not become true following repeated spreading of misinformation,” Mr Das said.

His statement comes after the Supreme Court dismissed all the petitions seeking a direction to the CBI to register an FIR for alleged irregularities in the purchase of 36 Rafale fighter jets from France and said there was no occasion to doubt the decision-making process in the multi-billion dollar deal.