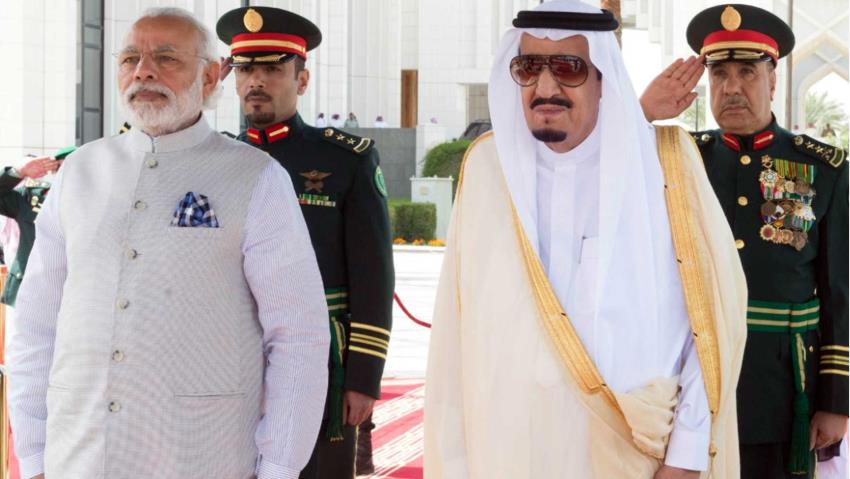 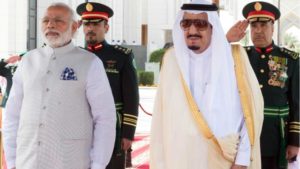 Analysis: The Indian government has banned a number of Saudi-linked clerics, yet the amount of foreign money funding Indian schools and universities continues to grow, writes Umer Beigh.

With his ‘expertise’ on comparative religious studies, Naik spoke in fluent English. His audience applauded each time he answered citing references from the Quran, Bhagwat Gita, the Bible and other religious texts with flow.

Calling himself a student of Sheikh Deedat, the South African religious speaker popularity has since that times grown tremendously around the globe through his organisation, the Islamic Research Foundation, and Peace TV, which he launched in 1991 and 2006, respectively.

And Naik is a big deal. Since 1991, he has given over 4000 public lectures across the world, earning him millions of followers. Thousands of people, transcending religious lines, have attended his public talks, often to witness how “scores of non-Muslims” embrace Islam towards the end of each lecture.

The act of glamorizing Hindu conversion publicly on television has raised heated sentiments in India, where Hindus form the majority and religious tensions are high.

In 2010, the United Kingdom banned Naik from entering the country for his “controversial remarks” on the 9/11 terrorist attack – calling it an “inside job”.

Canada, Malaysia and Bangladesh have also denied Naik a visa for his remarks.

For similar reasons, the Delhi High Court, in March 2017, upheld a decision to impose a five-year ban against Naik’s organization, the Islamic Research Foundation, under the Unlawful Activities Prevention Act.

In ruling, the court argued it would prevent the further radicalization of the youth and “safeguard sovereignty, integrity and national interest”.

On 28 July 2017, the Indian government revoked Zaik’s passport and issued an arrest warrant against him. As of the time of publication, it is believed that Zaik is currently living in Saudi Arabia and has gained Saudi citizenship.

Of the total 1.3 billion population in India, Muslims comprise fourteen per cent of its population – roughly 172 million.

Some academics have claimed that the majority of these Muslims are ‘marginalised’ – scattered throughout the length and breadth of the country, fragmented within the different regional cultures and social systems. The most common source of work is as labourers or petty vendors, and many own neither land nor business resources to any significant extent.

According to the 2011 Census of India, Muslims in India have the highest illiteracy rate, amounting to over 42 percent; alarming in comparison to other religious communities where education rates average around 70-85 percent.

Similarly, according to the 2014-15 All India Survey on Higher Education, only 4.4 per cent of India’s students were Muslim.

Since the rightwing Bhartiya Janta Party came to power in 2014, controversial Muslim campaigns such as the “Beef Ban”, “Love Jihad”, and “Ghar Wapsi” have flared tension.

“Amidst the lowest education credentials, I believe we are experiencing a shift in religious thought over the years,” said 27-year-old student, Zeeshan Khan, who lives in one of New Delhi’s many ghettoized areas.

“As the access to knowledge has increased, along with digital technology, many people are deeply concerned about the overall situation – especially with the youth.

Many people believe a rise in the popularity of Salafi teachings “invokes a threat” for the reportedly Hindu-centric government in India.

As far as the sympathizers and supporters of the Hindu-national party, Hindutva, are concerned, “such a policy creates doubts in people’s minds about the motives of Saudi Arabia and its interest in funding mosques, madrasas and educational institutions”.

The Intelligence Bureau reportedly considers the rising numbers of Salafi followers a new security challenge. The ban on Peace TV in 2013 and on Zakir Naik’s Islamic Research Foundation is allegedly imposed because of the same apprehensions.

Naik denies involvement in violence and has always argued this ban is due to his popularity and the fear of governments who want to shut his voice down.

According to the World Bank, around $38 billion has been sent to India from Arab countries since 2015. The Arab corridor is a backbone of remittance flows to India and provides employment to millions of Indians.

Since 2016, nearly 9 million Indians have worked in Arab countries, contributing more than half (56 percent) of total funds. As a result, the Saudi authorities have offered to setup four universities across India as token of friendship. Out of a total $1.2 billion (INR8 billion) sent to help support Muslims in India, $2.6 billion (INR 17 billion) has been spent on setting up universities.

Since 2006, Saudi Arabia has donated millions of dollars for the construction of new buildings at the Jamia Millia Islamia University in New Delhi. Among other states, Uttar Pradesh and Karnataka has received the biggest amounts, with $84 million USD and $58 million (INR550 million and 380 million) received respectfully. Millions more has been sent to Kerala, again for developmental purposes.

The Intelligence Bureau reports that India saw a record number of 25,000 Wahabi-influenced people arrive in India between 2011 and 2013, conducting seminars across the country.

“With them they brought in $250 million (INR1.1 billion) in several installments and used it to propagate the Wahabi style of Islam,” the reports noted.

Reports further claim a sum of $460 million (INR 3 billion) has been earmarked to set up madrasas (religious schools) while the remaining $300 million USD (INR 2 billion) has been set aside as miscellaneous costs, including alleged bribes to mosque authorities.

“Over the decades the Saudis have used Zakat money to build new mosques and seminaries in India that have radicalized younger Muslims and put them on an ultra-conservative path,” the report stated.

According to officials in the Indian Salafi organisation, the Markazi Jamait Ahle Hadees Hind: “It is baseless to say such foreign funding comes to us, these remarks are deliberately used for creating controversies.”

“A lot of funds do come to India from different countries, but through proper channels and official routes.”