Home CITIES The Conundrum of Democracy, Violence and Politics in Kashmir 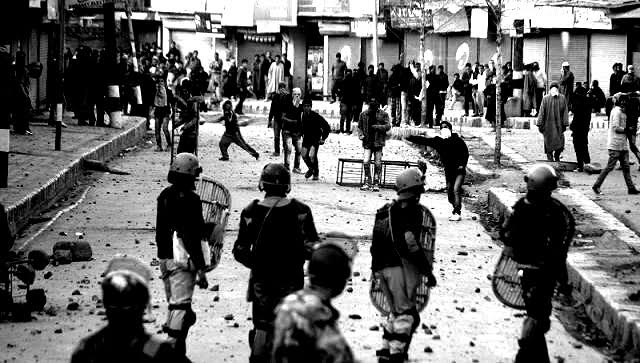 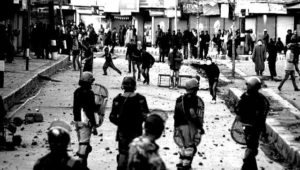 With the revocation of Article 35A of the Constitution being a big agenda on BJP’s manifesto, how long will this struggle last and how shall the people, politicians and militants in Kashmir keep their struggle alive to defend their homeland, is a question of careful empiricism. The conundrum ofDemocracy, Violence and Politics in Kashmir of which the whole population has been a victim over the years requires immediate attention and acknowledgement.

Kashmir, since its legal birth, has been raised in an extremely violent atmosphere, be it at the time of partition, post the instrument of accession, to disputed elections, to militant insurgency groups on the rise and of course the three wars that took place between India and Pakistan over the course of Kashmir’s distraught political history continue to cast a heavy shadow on its present.  Since then it has been a bone of contention between these two countries and has witnessed the wars of 1947, 1965, and 1999 being fought over and on its soil.

With the exercise of Assembly Elections being highly anticipated in Kashmir by all the political parties to muster their desired share of power, what do the assembly elections hold for people?

When a common Kashmiri man was approached for the purpose of this piece, Talib Malik, a 25-year-old engineer simply said, “We don’t believe in the Constitution of India, it violates our special rights as Kashmiris”.

A less lit up aspect of elections in Kashmir is the preservation of ancestral leadership that has been a major element of mistrust among Kashmiri voters. However, now that new faces such as Ex-IAS Officer Shah Faesal, Shehla Rashid and Er. Rasheed are emerging, it seems that Kashmiri voters have a plethora of options to choose from.

In July 2016, Burhan Wani, a Hizbul Mujahideen commander was eliminated from the valley and his killing triggered unrest and unleashed an unquenchable wave of rage and ferocity among the Kashmiri population who shouldered his funeral procession. Recently, Burhan Wani’s successor Zakir Musa met the same fate. With thousands who appeared to mourn the loss of the slain militant, it sent a loud and clear message that the Kashmiri population is not ready to be bullied in the name of democracy and security.

Commenting on the behavior of Kashmiri voters over the years, Danish Bhat, a member of the National Conference party, said that during the early years, post 1947, the voter turnout was remarkable. However, over the successive years owing to events like the imprisonment of Sheikh Mohammed Abdullah, then the systematic erosion of internal autonomy have contributed to low voter turnout during elections over the years.

Another blow to Kashmiri voters struck them when the preferred party in the 2014 elections People’s Democratic Party chose to ally with BJP to form the government. Now, this particular strategic move cost the PDP heavily, which they regret.

Since the coming of the BJP government, Kashmir has seen heavy militarization, increased violence against civilians by Indian forces and a sudden high in recruitment of educated youth into militancy, which has in turn created an aversion towards the idea of voting and democracy as a concept in general.

Failures of Kashmiri leaders in fulfilling basic promises of access to water, electricity and good road transport has also pushed away many voters. The problems in Kashmir and the Kashmir Problem increasing manifold times every other day has been instrumental in driving voters away from polling booths and towards more funerals of youth engaged in militancy fighting for the Kashmir that they love and aspire to autonomously rule one day.