Home Uncategorized To understand Islam and its rituals, a special tour inside a mosque 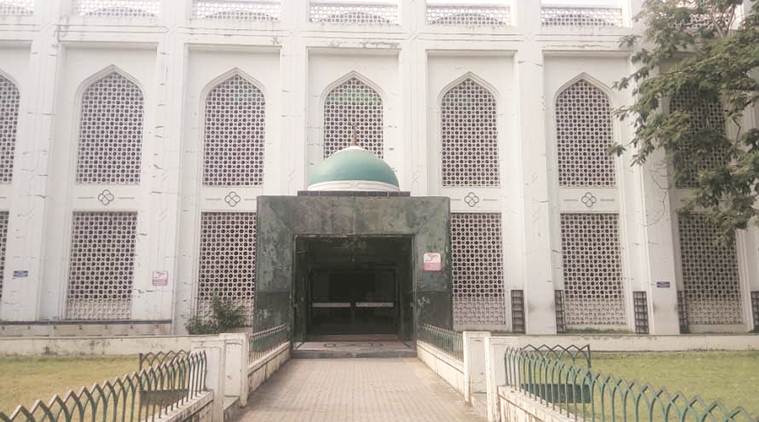 Islamic Information Centre, Pune, has organised the two-day programme on Saturday and Sunday to promote harmony and goodwill.

“I always had a curiosity about Islam and what actually happens behind the closed doors of a masjid,” said Vikas Gavali, who visited the Azam Campus Mosque under the ‘Visit Our Mosque’ programme, wherein people from other religions were given a tour of the Islamic place for prayer.

Islamic Information Centre, Pune, has organised the two-day programme on Saturday and Sunday to promote harmony and goodwill. “Though our beliefs are different, we all are children of the same God. We want more and more people to come here, see what exactly Islam means. That is why we have organised this visit,” said Mushtaq Bhai, who acted as a guide for the tour.

He took the visitors to a row of water taps and small seats in front of them, where, before entering the mosque, ‘Wazu’, a cleansing ritual, is performed.

After that, the group entered the main mosque where namaaz is performed. “Every Muslim, while doing namaaz, faces Mecca. The black stone in Mecca can ‘neither benefit, nor harm’, but we all face it as a symbol of unity and togetherness,” said Karimuddin Sheikh. After this, Mushtaq Bhai recited the first part of namaaz for the visitors.

They were then taken to a small compartment, where the Imam sits and recites namaaz. “A Muslim is expected to perform namaaz five times a day. Each mosque has specific timings for this. Usually we recite first seven verses of the Quran,” Karimmuddin added.

It was followed by a question and answer session, where visitors asked questions about ‘Sunnat, Dargah, Burkha’ and answers were provided without hesitation, he said. When asked about the burkha, Karimuddin said: “Burkha is for the safety of women. But burkha does not stop them from getting education and working.”

“We go to churches, Gurudwaras etc, but visiting a mosque is altogether a different experience. I have entered a mosque for the first time. Before this, neither were we offered a visit, nor had we asked for it. May be, we were afraid. But after today’s visit, many of my misunderstandings have been cleared,” said Gayatri Vaidya of Stree Mukti Sanghatna.