Home INDIA Traditions like Basant bind us together as a nation across religions: Ghulam... 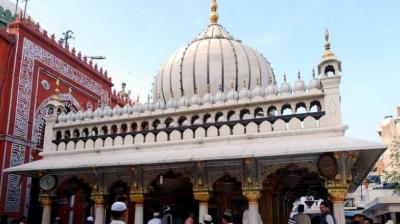 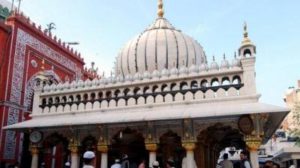 Recently, India’s spiritually-inclined Muslims, Hindus, Sikhs and people of other faiths celebrated Basant together at the holy shrine of Hazrat Nizamuddin Aulia. They offered yellow flowers wearing yellow clothes and garlands to mark the occasion. Celebrated for more than seven centuries, Basant is the country’s age-old representation of multiculturalism. Festivals and traditions like Basant bind us together as a nation across various religious, cultural, linguistic and social backgrounds. Thus, Basant is more of a cultural and spiritual connotation and cannot be narrowed down to a particular religion.

For Hindus, Basant Panchami is dedicated to Saraswati who is venerated as a deity of wisdom. Saraswati, according to Hindu mythology, depicts a pristine lady seated on a white lotus that blooms in a wide stretch of water and bedecked with a dazzling white attire, white flowers and pearls. The deity is seen holding a string-instrument like a sitar called veena used for playing music. It is attributed to the formation of words, invention of the Sanskrit language and composition of hymns, which associates her with the holy rituals performed on the banks of the river Saraswati.

In Sikhism, Basant Raga constitutes an important composition (raag) included in the Guru Granth Sahib and is sung with great reverence. In order to achieve a spiritual union with the Divine, Guru Arjan Dev urged upon man to submit himself to the true Guru. For Sufis, the celebration of Basant at Dargah Hazrat Nizamuddin Auliya has an anecdote.

Upon the death of his nephew, Hazrat Nizamuddin became so sad and overwhelmed with grief that all activities at the Dargah were suddenly halted. In order to bring a smile on lips of his beloved murshid (spiritual guide), Amir Khusro dressed in yellow attire similar to the Hindu women carrying yellow mustard blossoms to celebrate spring.

Upon seeing this, Nizamuddin Aulia, who loved the colour yellow, became hale and hearty. And since then, Basant became an integral part of the Dargah’s celebrations. On this occasion, Khusro wrote beautiful poems in Brij Bhasha, such as these:

Yellow mustard blossoms have covered entire fields.The mango tree is in bloom,The flame of the forest is in bloom,The Koel bird flits singing from one branch to another,

And the fair lady decks herself With marigold blossoms the gardner’s wife fetches for her. The season is full of yellow flowers That we carry to the door of Hazrat Nizamuddin,Years ago, my lover had promised he will come visiting

And now once again the mustard flowers are everywhere. Many variants of Basant are attributed to Hazrat Nizamuddin Auliya, Khawaja Bakhtiyar Kaki and Amir Khusru compositions are routinely performed at their shrines with Khusrao’s lovely composition Aaj basant manalay suhagan! Yes, Basant finds no mention in any primary religious scripture — the Quran, the Vedas or the Bhagwat Gita. But it requires harbouring large-heartedness to accommodate the wider concept of Basant in our spiritual life, thoughts and all celebrations.

Ghulam Rasool Dehlvi is an alim (classical Islamic scholar) and a Delhi-based writer. He can be contacted at: dehlavi@gmail.com