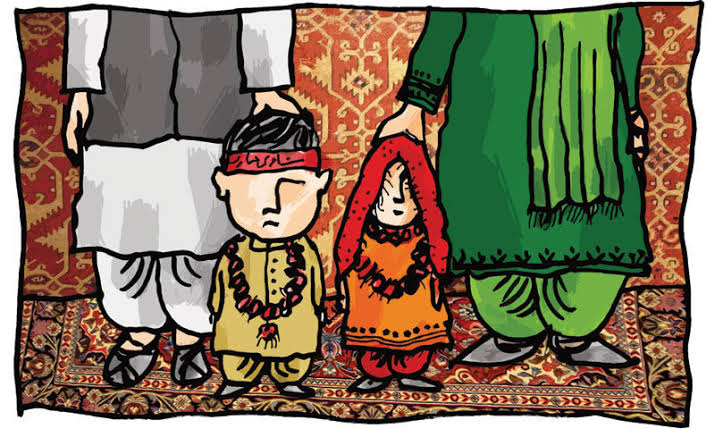 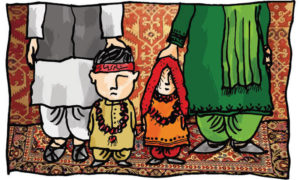 The recent child marriages of two minor girls, Raveena and Reena, from the Hindu community in Sindh has brought the attention of the country to two systemic human rights violations – child marriages and the oppression of religious minorities.

The girls’ family claims that the two sisters are aged 16 and 14, although this is disputed. Due to the charges of forcible conversion, their story has prompted a national outcry to return the girls to their parents and to take broader measures to address forced conversion and marriage of minor girls.

The response from legislators, however, continues to be narrowly focused on piecemeal changes rather than seeing the broader context of child marriage in Pakistan, which, according to Unicef, ranks sixth in the world in terms of the highest absolute numbers of child marriage.

On March 27, a member of the National Assembly belonging to the ruling political party moved a bill to amend the federal child marriage legislation, the 1929 Child Marriage Restraint Act. While the bill proposes a positive step to raise the age of marriage to 18 for girls, it focuses on stronger punishments for parents or adult males involved in child marriage without any discussion of the rights and remedies of girls themselves.

The weaknesses in the current legal framework are evident when we see that the existing laws do not address the case of Raveena and Reena in a way that prioritizes their rights and interests. Their situation is made more complex by the fact that both girls have publicly stated that they have chosen to marry with their own free will, and have filed a petition in the Islamabad High Court seeking protection from harassment by government officials and their family.

If it is true that the girls married with their free will, can their marriage be deemed valid even though it took place in violation of child marriage laws? Can 14 or 16-year-olds even be deemed to exercise free will in relation to marriage under Pakistan’s legal framework? If it is in fact the case that the girls were coerced into marriage and want to leave, what social protections are available to them, especially if they do not wish to return to their parents for fear of stigma and retaliation?

Unfortunately, there are no clear answers to these questions.

Our courts have found child marriage to be valid if it is permitted by religious personal laws, which in some cases permit marriage of a boy and girl so long as they have reached puberty, even though this violates the Child Marriage Restraint Act. Since child marriage laws are not clear as to whether marriage in violation of the law is void, marriage of girls under the age of 16 has been held valid.

Robust reform of the legal framework, rather than piecemeal changes, is required to ensure that girls are protected against this large-scale human rights violation resulting from child marriage. Legislators’ efforts to reform the law should keep the rights of women and girls at the centre and aim to comprehensively resolve the many gaps and loopholes in the existing framework.